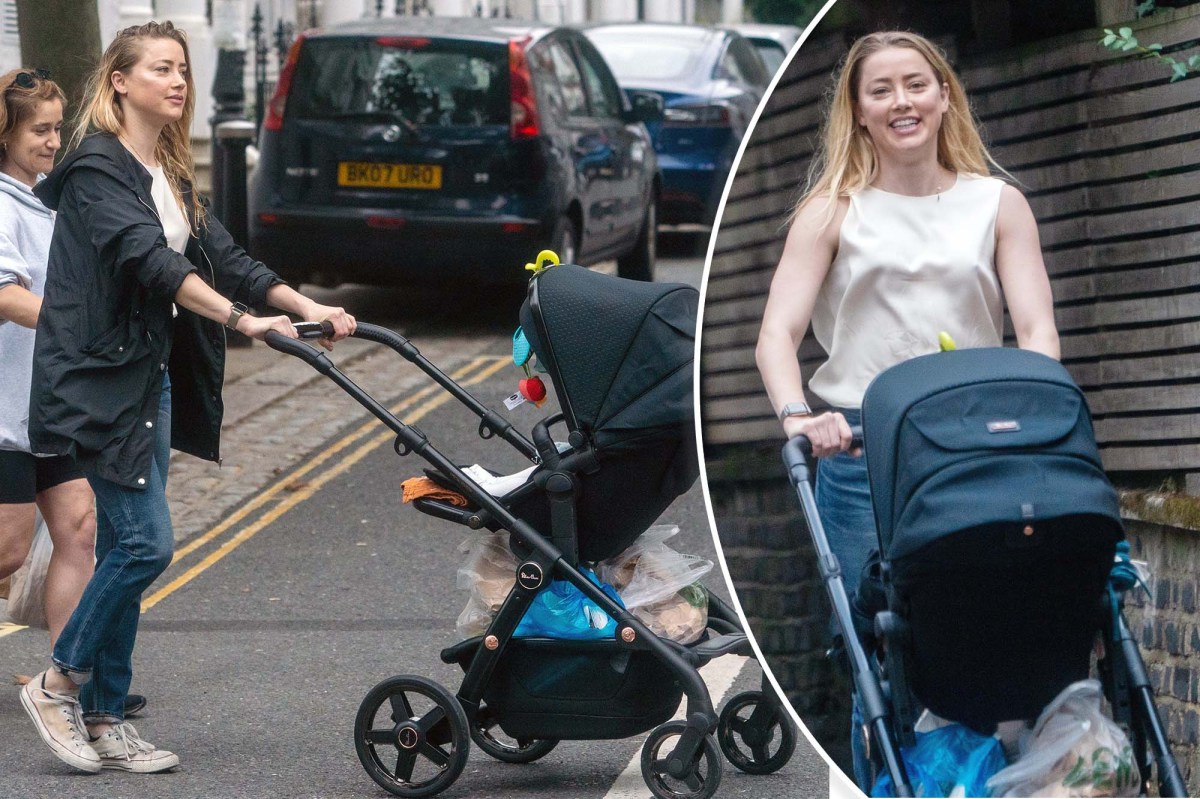 Amber Heard was all smiles Saturday while taking her infant daughter, Oonagh, for a stroll in North London.

The “Aquaman” star, 35, wore a sleeveless white blouse and blue jeans during the mother-daughter outing, with the pair being joined by friend Eve Barlow.

Heard wore a sleeveless white blouse and blue jeans while out with pal Eve Barlow. TheImageDirect.com

Heard quietly welcomed Oonagh via surrogate in April and chose the middle name Paige after her late mother.

The “Drive Angry” star opted to go the surrogacy route after being told she would never be able to carry her own baby, friends revealed at the time.

Heard welcomed her daughter via surrogate in April. TheImageDirect.com

A source who knows the star told us: “Oonagh is absolutely gorgeous, and Amber is besotted. She always knew that she wanted to be a mom, and this is her greatest wish come true. She’s so grateful to the wonderful woman who helped bring Oonagh into her life.

“The most important thing for Amber is that she’s open about Oonagh’s birth,” the source continued. “There are so many women who feel they can’t talk about their fertility and are worried and embarrassed; Amber wants them to feel supported and realize that there are a multitude of ways to have a baby even if you have fertility issues.”

Oonagh Paige Heard was named after her late grandmother, Paige.TheImageDirect.com

The family outing came one day before Heard’s ex-husband, Johnny Depp, made a rare red carpet appearance at the Deauville Film Festival in France.

It also marked one of her first public sightings since a judge ruled in August that the actor, 58, could proceed with pressing libel charges against Heard over a 2018 Washington Post op-ed accusing him of domestic violence during their brief marriage.

Heard has made few appearances with her baby.TheImageDirect.com

Their court date is slated for early 2022.

In addition to the libel allegations, the trial will also examine Heard’s counterclaims that her ex-husband sicced social media bots on her.

Heard chose surrogacy after being told she’d never be able to carry a child to term. TheImageDirect.com

The exes were married from 2015 to 2017. After their split, they accused each of abuse, though both denied any wrongdoing.

A UK court found in November 2020 that the “Pirates of the Caribbean” star had beaten Heard at least 12 times.