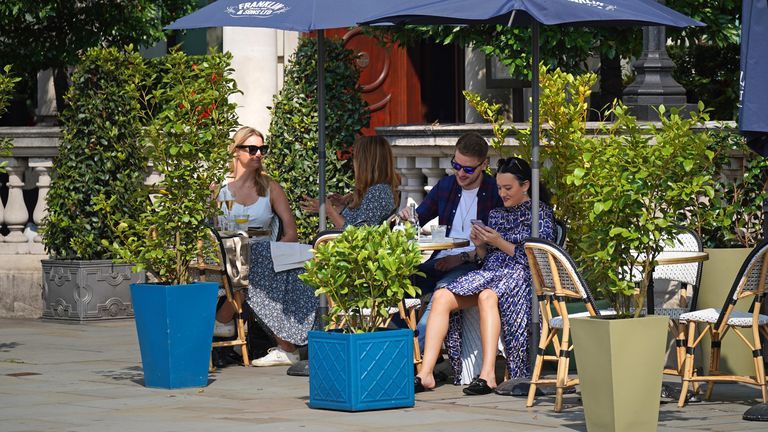 Parts of England and Wales could get a heatwave in the first half of next week, with temperatures hitting 29C (84F) in some areas.

Despite a cloudy start on Monday, temperatures in central parts of England and eastern Wales will start to soar as the day goes on, bringing blue skies and sunshine, according to the Met Office.

Hot air from continental Europe will continue to push through the rest of the UK into Tuesday and Wednesday, which could see temperatures in Scotland and Northern Ireland reach the mid-20s.

Further south in England and Wales, there is a “decent chance” the criteria for an official heatwave could be met, Met Office forecaster Annie Shuttleworth said.

A heatwave is declared when England and Wales are at least 25C (77F) for three days or more and London and the South East are 28C (82F).

“It’s going to be very warm for the time of year and could even be rather uncomfortable for people trying to sleep at night, with temperatures remaining at around 18C (64.4F) during the evening,” Ms Shuttleworth said. 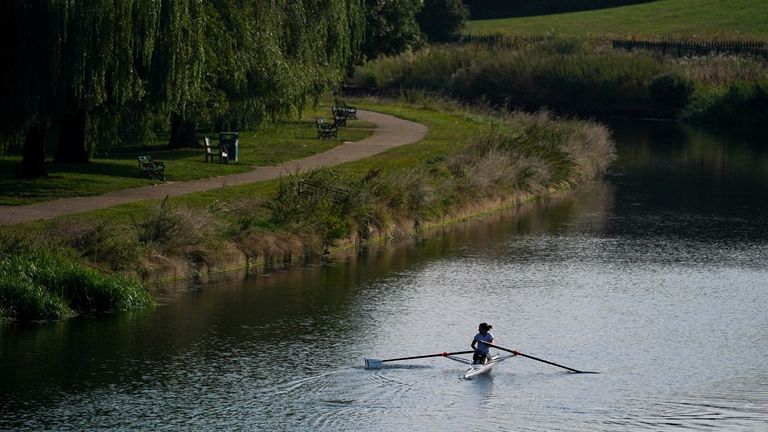 Image:
A rower makes the most of warm temperatures on the River Avon in Warwick on Sunday

Temperatures are set to be well above the average for September of 18C (64.4F).

But from Wednesday evening, low pressure from the west will bring cloud and rain steadily across the UK.

The second half of the week is expected to be plagued by thunderstorms in an abrupt end to the warm spell.