The ParalympicsGB team has surpassed the 120 medals won in London, but will fall short of Rio’s total as the Games draw to a close.

Great Britain has now won 41 gold medals, with four of them coming on the penultimate day of competition in Tokyo.

As the Games prepare to come to an end, boccia gold medallist David Smith has been invited to carry the Great Britain flag at today’s closing ceremony.

Smith retained his BC1 individual title to claim his fifth Paralympic medal after beating Malaysia’s Chew Wei Lun 4-2 in the final on Wednesday.

In the process, the 32-year-old, who has cerebral palsy, surpassed his mentor and former team-mate Nigel Murray as Britain’s most successful player in the sport.

“Not only am I representing the sport that I love, but the wider ParalympicsGB team too.”

Fellow GB Paralympian, David Weir has said he will consider his future in the coming weeks after finishing fifth in the men’s T54 marathon in the early hours of Sunday morning.

The six-time Paralympic champion last won a medal at London 2012.

Bronze for Great Britain in basketball and badminton brought down the curtain on a medal-laden campaign, after the men’s team defeated Spain 68-58 in their third-place play-off.

Krysten Coombs then had the final say with the shuttlecock. He bounced back from Saturday’s semi-final loss to second seed Krishna Nagar by coming from a game down to beat Brazil’s Vitor Goncalves Tavares in the SH6 bronze medal match.

Among the four golds won on Saturday was Hannah Cockcroft’s seventh after she cruised to victory in the T34 800m wheelchair race despite a hand injury and poor weather conditions.

Amid heavy rain at the Olympic Stadium in Tokyo, the 29-year-old from Yorkshire suffered a nasty cut to her right hand after catching it in her chair.

But she managed to finish 10 seconds ahead of her teammate, Britain’s Kare Adenegan, who got silver.

Despite being “gutted” to have fallen 0.12 seconds short of her own world record set in Switzerland earlier this year, Cockcroft said she was “happy” with the result. Image:
Aled Davies with his gold on the podium

On the challenging conditions, she said: “Wheelchairs and rain don’t mix so I slipped off the rim and there’s not really much space to slip into so it went straight in.”

But she said she was determined to carry on, adding: “Even if my hand’s fallen off I was going to be on that start line.”

Aled Davies also added to his collection of golds after securing his third in the F63 shotput event.

He too suffered torrential rain in Tokyo, but came out top for ParalympicGB with a throw of 15.33m. 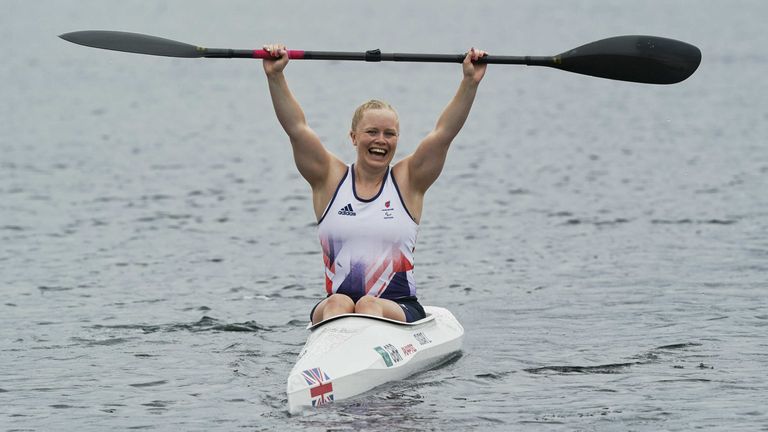 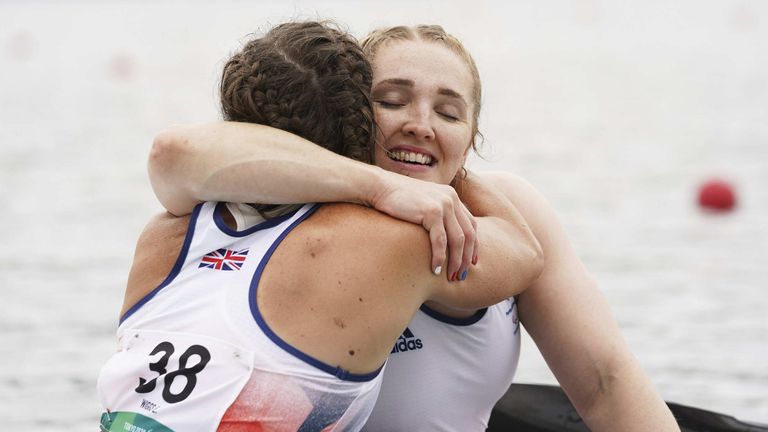 “The conditions were great up until a few days ago, which is a shame because I was ready to deliver a big performance, but it doesn’t matter now, I’m going home with the colour of medal I came for,” the 30-year-old said afterwards.

The other two golds came on the water, with Charlotte Henshaw winning the KL2 200m paracanoe race and Laura Sugar the KL3 200m.

Henshaw switched from swimming to canoeing in 2017 after securing a bronze in London and a silver in Rio. Britain’s Emma Wiggs came away with silver in the KL3 competition, having won gold in the VL2 200m on Friday.

Outside of the golds, ParalympicsGB secured four silvers and three bronzes on Saturday, taking the total to 28 silver and 45 bronze. 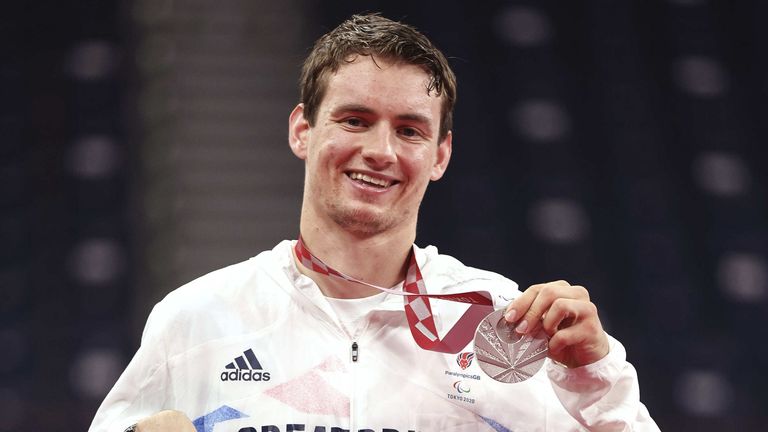 The other silvers were won by Lucy Shuker and Jordanne Whiley after they lost against the Netherlands in the women’s double tennis final.

It tops the bronzes they won at both Rio and London.

Saturday’s bronze medals were won by May Truesdale in the para-taekwondo, Gordon Reid in the wheelchair tennis single’s and Stuart Wood in the canoe VL2 200m.

There are 15 medal events on the final day of the Games on Sunday, before the closing ceremony in Tokyo.