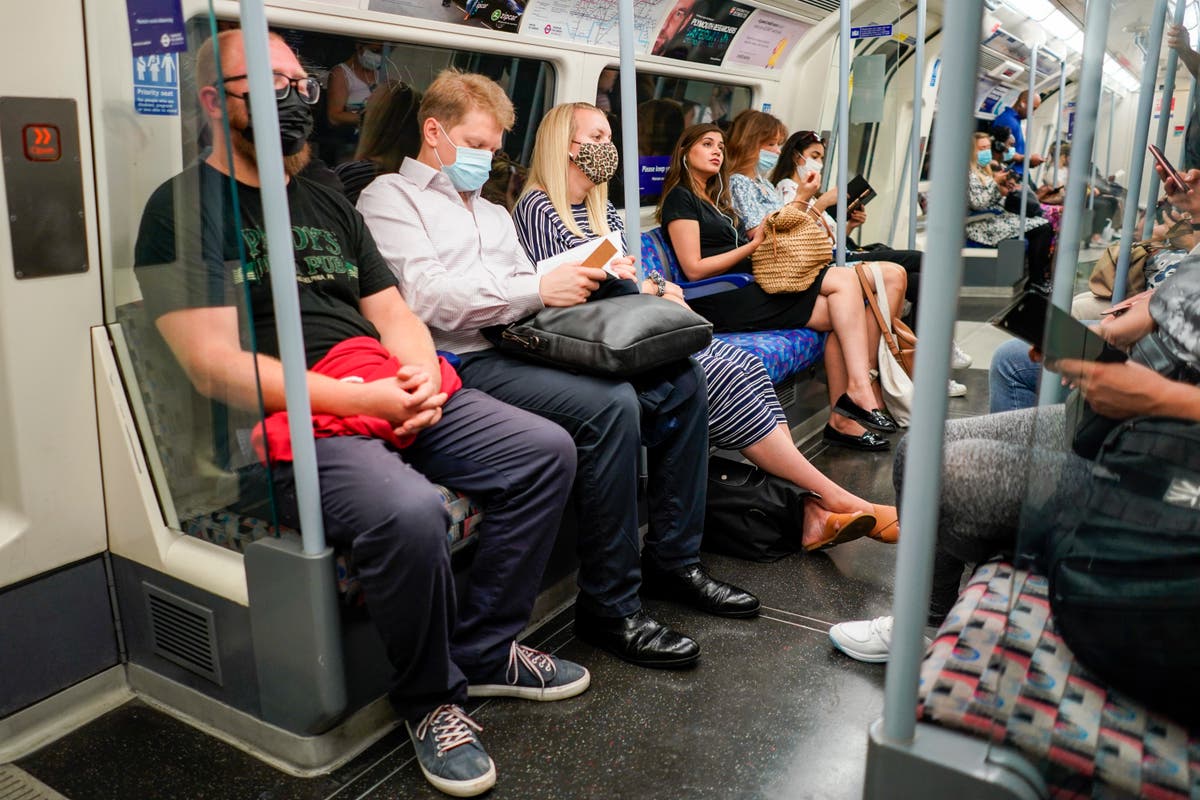 ore Londoners have been using the Tube again as numbers on the London Underground hit pandemic highs.

Passenger numbers on the London Underground reached 47% of pre-virus levels on Monday.

This has surpassed the previous pandemic high for a Monday of 44% set on June 1.

Britons have also returned to driving more as the number of cars on Britain’s roads was at 96% of pre-pandemic levels on Monday, according to Department for Transport (DfT) data.

RAC head of road policy Nicholas Lyes said: “The further easing of Covid restrictions, combined with the summer holidays being in full swing, has led to traffic volumes getting back to pre-pandemic levels.

“With the roads so busy this summer due to 29 million planned staycation car trips, we strongly encourage drivers to make sure their vehicles are road-ready by carrying out basic checks before setting off to reduce the chances of an unwanted breakdown occurring.

“Checking tyre pressure and tread is vital while topping up oil and coolant levels, where required, can make a big difference.

“For additional peace of mind ahead of a long journey, drivers should also consider getting their cars serviced.”

The DfT figuresrevealed bus use in Britain excluding London was at 57% of pre-pandemic levels on Monday.

The latest data for mainline rail services across Britain showed it was at 56%.

Paul Tuohy, chief executive of the Campaign for Better Transport, issued a warning about public transport.

He said: “The Government needs to do more to encourage people back to public transport to boost the economy, prevent gridlock on our roads, reduce air pollution and help tackle climate change.

“Freezing rail fares is a good place to start, but passengers need the long-promised overhaul of the whole fares system as soon as possible.”