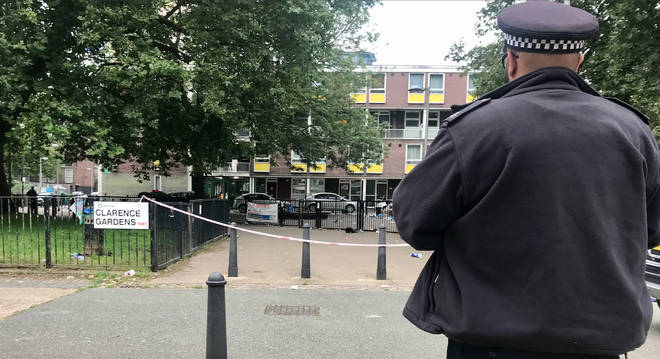 Four people have been treated for gunshot injuries after the incident near Regent’s Park.

Three women were among four people treated for suspected gunshot injuries after a shooting near London’s Regent’s Park on Saturday night.

Firearms officers attended along with paramedics from London Ambulance Service and regular officers.

Two women were treated at the scene for suspected gunshot injuries before being taken to hospital.

We are investigating following reports of gunshots at approx. 22:10hrs on 14/08 at Clarence Gardens, NW1. We await an update on four people in hospital with suspected gunshot wounds. This is not being treated as terror related. S.60 authorised across Camden until 07:00hrs 15/08.

A man and a female later self-presented themselves at hospital with suspected gunshot wounds, the police said.

The Met is awaiting an update on the condition of all four.

There have been no arrests and the incident is not being treated as terror-related.

Anyone with information is asked to call police on 101 quoting reference Cad 7619/14Aug.