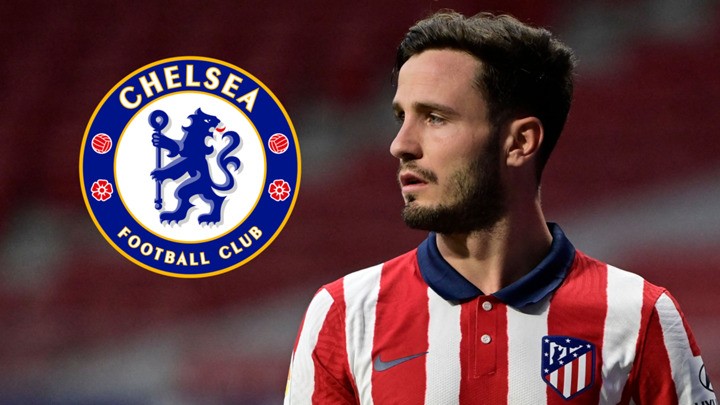 Chelsea have officially announced Saul Niguez’s squad number at Stamford Bridge, with the Spain international midfielder taking the No 17 jersey in west London.

The 26-year-old has arrived in English football on a deal that includes the option for a permanent transfer in 2022.

Saul takes the shirt that has been vacated by Chelsea’s new No 8, Mateo Kovacic.

A statement on the Blues’ official website says: “The Spanish midfielder moved to Stamford Bridge on transfer deadline day in a one-year loan from Atletico Madrid, with an option to make the move permanent next summer.

“He will play for Chelsea with the No 17 on his back, the same squad number he wore for Atletico during his first two campaigns as a regular there, after breaking into their senior team as a 20-year-old, in 2014-15 and 2015-16.

“That means his Blues debut will be his first match in that number since the 2016 Champions League final between Atletico and their city rivals Real Madrid.

“The most recent player to wear that number for Chelsea was Mateo Kovacic, another midfielder who initially arrived on loan at the Bridge from a Madrid-based club, in his case Real. The Croatian wore it for three seasons before switching to the No 8 for us this season, just as Saul did for Atletico in 2016.

“Saul will become the third Spaniard to take that squad number for Chelsea, as it was also worn by Pedro during his first season at Stamford Bridge, having previously belonged to right-back Albert Ferrer from 1998 to 2001.”

Kovacic wore No 17 for the Blues across three seasons, having taken that jersey from Charly Musonda upon his arrival at Stamford Bridge.

Pedro spent one season with that number on his back in 2015-16, with two notable names preceding him.

Having previously filled 15 for the Blues, the Egyptian forward inherited a new number from Eden Hazard.

A Belgian superstar snapped up from Lille in 2012 was initially handed 17, before eventually proving himself worthy of the No 10.

Prior to Hazard, World Cup winner Emmanuel Petit was among those to wear 17 for Chelsea in the Premier League era.