On the first Saturday afternoon of every month, a few of the residents of Brenchley Gardens meet at the south-east London estate’s community garden, for a few hours of upkeep and a catch up with their neighbours.

The first thing that strikes you about the estate — 95 homes spread across mid-level towers and terraced houses, occupied by a mixture of social renters and leaseholders — is how green and open it is. Having a private garden doesn’t feel like such a pressing need here, with plenty of collective space to relax and take in some fresh air.

Community gardens are having a moment. Perhaps it isn’t surprising, over an 18-month period when two of their main draws — gentle sociability and the chance to go outside — have been in such scarce supply. There’s been a steady recent slew of articles championing their transformative effects on everything from mental health, to neighbourhood cohesion and biodiversity.

Some, like the OmVed garden in Highgate, north London, have transformed unloved patches of concrete into thriving community hubs, replete with wild flower meadow and vegetable patches. Community gardens across the world have long helped combat food insecurity in cities where ready access to fresh fruit and vegetables isn’t a given.

It’s a significant departure from the British idea of gardening as a polite middle-class retirement hobby. Across Spain’s major cities, as with the Huerto de Batán in Madrid, they’ve even come to serve as symbols of resistance against “austerity urbanism”.

But Brenchley Gardens is at a crossroads. Literally, in that it sits in the pleasant half-suburban intersection between Nunhead, Honor Oak Park and Forest Hill. More pressingly, in that its very greenness has recently been used as justification for a proposed and hotly contested development on the estate.

Rain beat down incessantly when I arrived on the first weekend in August, though it hadn’t dampened anyone’s enthusiasm. Children whirled about, while a few dutiful adults tended to the apples and blackberries in the fruit garden. I’d been invited by Adam Warner, who resides in one of the tower blocks. After a cheerful hello, we’d soon decamped to shelter under the covered porch by the estate community hall to talk over the “Save Brenchley Gardens” campaign. 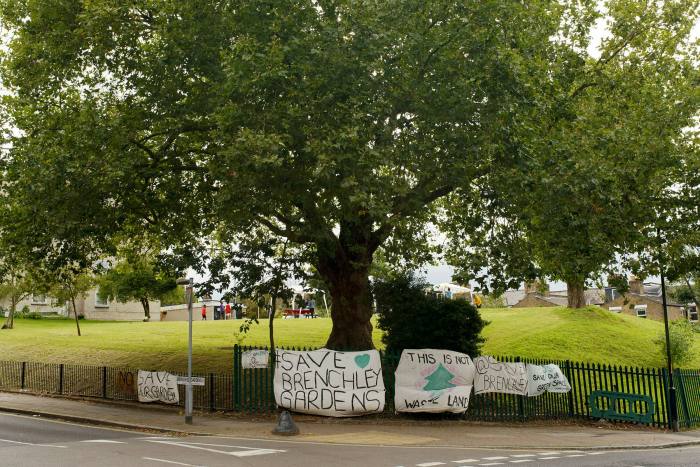 Banners in the campaign to save Brenchley Gardens © Leo Goddard

In early 2021, Southwark council put forward plans to redevelop the estate. Forty new homes would be created by building on top of the existing tower blocks and by “in filling” the apparently superfluous green space. No one disputes the need for more social housing — the waiting list in the borough sits at around 15,000. After all, Southwark has spent the past decade and more selling off its housing stock to private developers, most infamously with the Heygate Estate in Elephant and Castle, sold for just £50m to Lendlease in 2010 and redeveloped into private flats. Lendlease is advertising flats for sale in the new “Elephant Park” starting at £932,000.

Residents at Brenchley Gardens had never thought of their estate as a faux-bucolic urban wonderland. It’s just where they live. The green space, the small gardens, are an indivisible part of it. They aren’t against more social housing being built. It’s just that the terms of the development didn’t make sense to them. One resident, Kathrin, says, “it’s not a wasteland, it’s our garden”.

Jamie Soutar lives in one of the towers. “The [communal] space has always been used, but over lockdown, you suddenly noticed how much it was helping people and how much it was appreciated”, he says.

It was a point repeated by his partner, Sarah. “There’s a few people in our block who have been shielding. They could go and sit out, when they wouldn’t have felt comfortable even going to the local park”. The estate has long been a tight community, with the experience of fighting back against the plans only firming up those bonds. 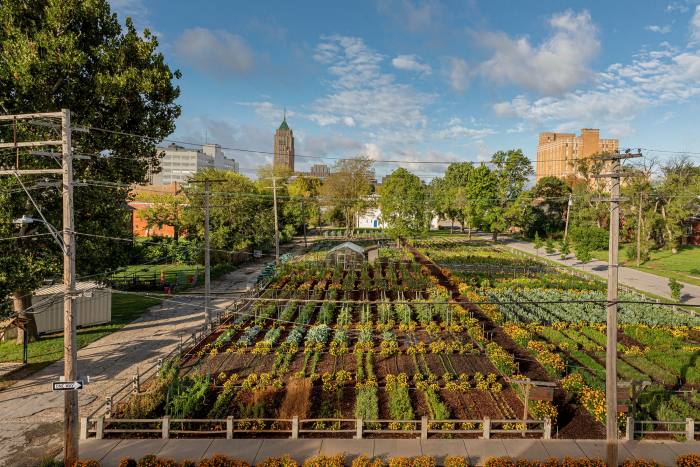 At their best, community gardens are set to everyone’s benefit. It doesn’t matter if you’re living several floors up in a block of flats, or in a house with a generous private garden. The results are collective — community being the operative word. Suburban south-east London may feel a world away from inner-city Detroit, but they have similarities. Michigan Urban Farming Initiative is a small farm and emergent “agrihood” based in the city’s North End since the early 2010s.

Detroit’s travails are well documented. It’s a tale of population decline, disinvestment and urban blight. Space remains, relatively plentiful and cheap: the inverse of London. There are more than 1,400 farms and community gardens helping to fill the gaps in a city where food insecurity is a real and pressing issue, with 40 per cent of the city’s households relying on food stamps. Every week since 2012, MUFI distributes free fruit and vegetables to North End residents.

Though Detroit has many community gardens, there’s only one agrihood. It’s a recent coinage, describing new communities built around a working farm. There are about 200 across the US, mainly on the suburban fringes of cities like Colorado and Arizona — although Detroit’s is, as MUFI says, the first purely urban agrihood in the country. Their ambitions stretch beyond cultivating fresh produce. Plans include establishing a community centre and developing a healthy food café.

Tyson Gersh is MUFI’s co-founder. When we spoke on the phone, he wanted to outline the possibilities of a new way of urban life — a feat of imagination occasionally beyond city administrators. “There’s this constant need to balance municipal objectives, which are almost always the prioritising of increased [urban] density, [against] things that improve quality of life, like having green space.”

In Detroit, just as in suburban south-east London, these goals are often positioned as fundamentally incompatible. It’s not a view Gersh has much time for. “They don’t work against each other, in fact they can actually enhance one another.”

It doesn’t have to be a choice between greenery or increased investment. Gersh says that people have been attracted to live in the North End because of the urban farmland and community benefits.

Unsurprisingly, he says, people prefer to live in a city that offers more than the chance to live in “a sardine can next to a hundred houses that all look the same”. 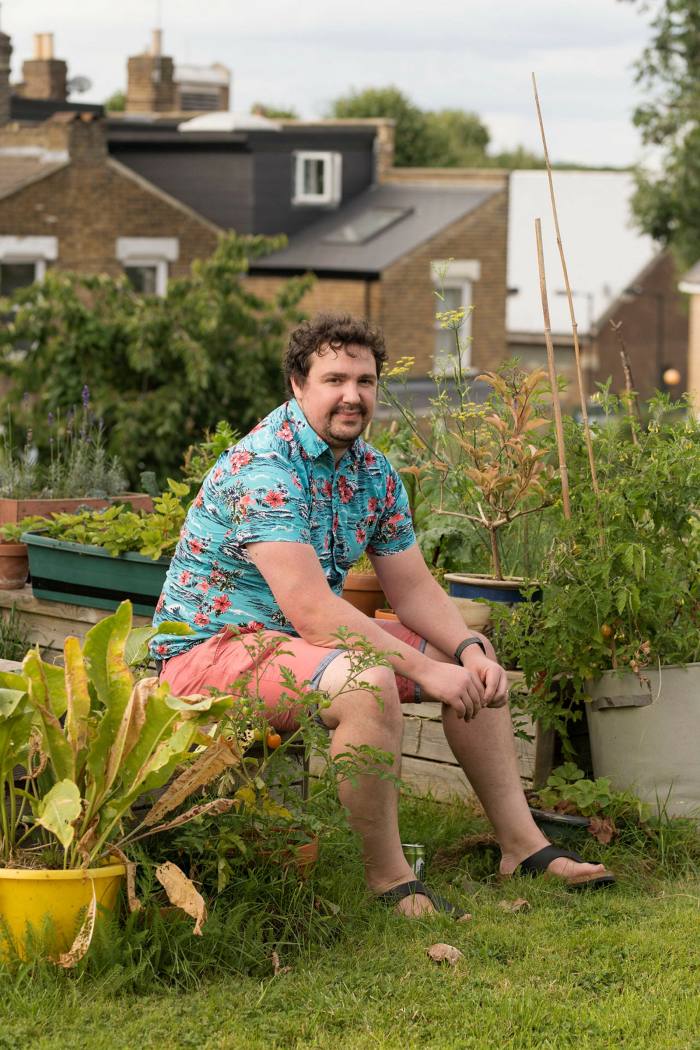 Adam Warner, who lives in one of the tower blocks at Brenchley Gardens © Leo Goddard 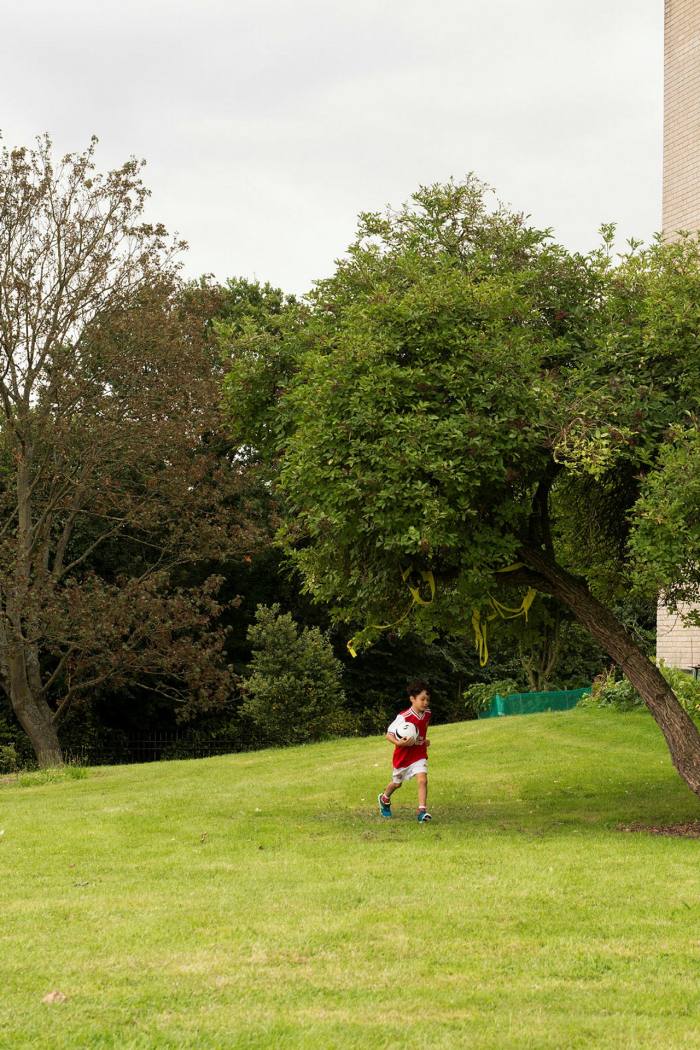 Southwark council said it was no longer considering development of the gardens, though the future remains uncertain © Leo Goddard

Back in London, it’s impossible to say what exactly the long-term future holds for Brenchley Gardens. On April 26, the council wrote to residents to say that it was no longer considering infill development of the gardens, a significant victory for their campaign. However, the rooftop proposals were put on hold, leaving another potential battle on the horizon.

After saying my goodbyes on the afternoon of my visit, I’d taken another quick walk around before circling back to the estate’s entrance. The sun had started to beam down after the rain and cast the neat gardens in golden light. Some residents had seized the opportunity to get out and attend to some gardening, or gossip over a cup of tea. Back on the road, I’d turned back to peer at some of the homemade protest signs that still hung over the outer railings. “Save Brenchley Gardens”, they read. “No more cold cement cities”.

How we met: ‘While everyone else was slaying dragons we started talking on voice chat’ | Life and style