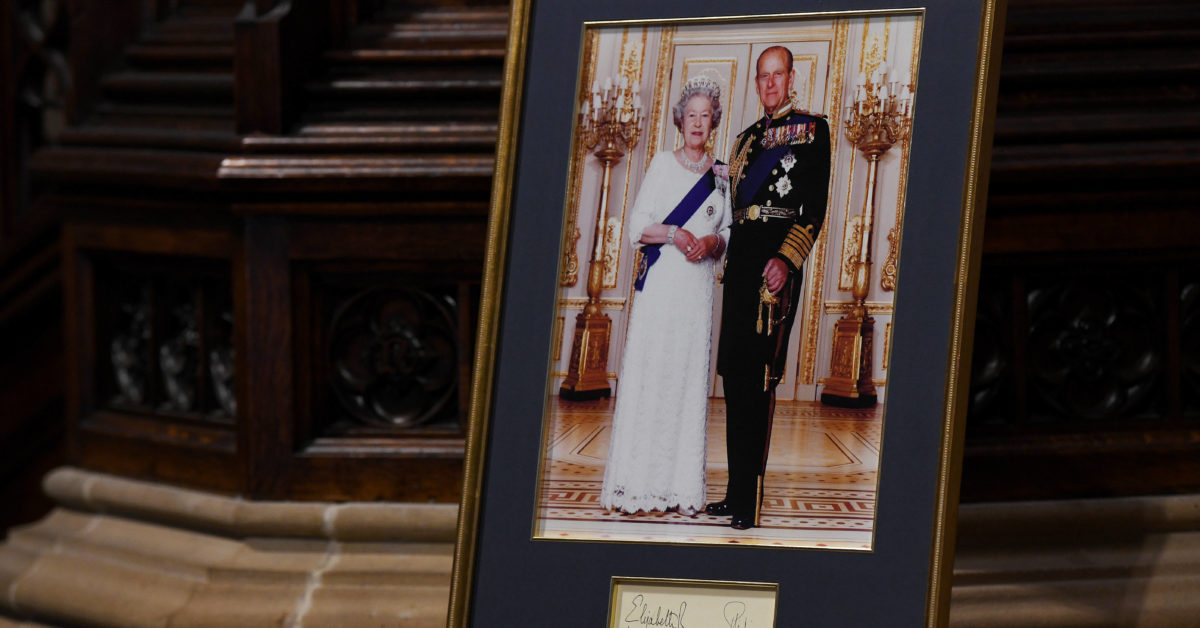 LONDON — The U.K. government’s plan for what will happen in the days after the death of Queen Elizabeth II — codenamed Operation LONDON BRIDGE and long shrouded in secrecy — can now be revealed.

Snippets have trickled out over the years, from suggestions that the prime minister will be alerted by a phone call from a civil servant telling him or her “London Bridge is down,” to reports the death will be announced via a newsflash on the Press Association wire.

Now the full extent of the preparations undertaken by the royal family and the Cabinet Office’s BRIDGES Secretariat can be revealed for the first time after POLITICO obtained a series of documents laying out in granular detail how Britain will respond when the day comes.

The queen, who is 95 years old, is in good health by all accounts and there is no suggestion these plans have been revisited with any urgency. They are, however, the latest plans drawn up by the Cabinet Office for Operation LONDON BRIDGE, and include discussion of the coronavirus pandemic.

The documents show the extraordinary level of action required by all arms of the British state, including a vast security operation to manage unprecedented crowds and travel chaos that could see, in the words of one official memo, London become “full” for the first time ever.

They reveal plans for the prime minister and his Cabinet to meet the queen’s coffin at St. Pancras station, and for the new King Charles to embark on a tour of the U.K. in the days before the funeral.

The details of the schedule for the 10 days between the queen’s death and her funeral range from the banal to the ridiculous. In one document, Downing Street raises concerns it would face a wave of public anger if it cannot lower its flags to half-mast within 10 minutes of activation and may have to rely on an external contractor. In another, it’s decided retweets will be banned across Whitehall departments unless cleared by the government’s communications chief.

These are the full details of Operation LONDON BRIDGE and Operation SPRING TIDE — the plan for Charles’ accession to the throne.

In the hours after the queen’s death, a “call cascade” will take place informing the prime minister, the cabinet secretary (Britain’s highest-ranking civil servant) and a number of the most senior ministers and officials. The PM will be informed by the queen’s private secretary, who will also tell the Privy Council Office, which coordinates government work on behalf of the monarch.

The royal household will issue an “official notification” delivering the news to the public.

A call script for departmental permanent secretaries outlining how to break the news to their ministers, seen by POLITICO, instructs them to say: “We have just been informed of the death of Her Majesty The Queen.” Ministers will be told that “discretion is required.”

Ministers and senior civil servants will also receive an email from the cabinet secretary, a draft of which reads: “Dear colleagues, It is with sadness that I write to inform you of the death of Her Majesty The Queen.”

Upon receipt of this email, flags across Whitehall will be lowered to half-mast. The aim is that this can be done within 10 minutes.

In an exercise undertaken several years ago, Downing Street raised concerns that this would be impossible as it does not employ a flag officer and was not certain there will always be somebody present who is able to lower the flag. One No. 10 official warned the prime minister’s team risk public anger if an external contractor has to be called in and the flag can’t be lowered quickly. The issue is now believed to have been resolved, according to a government official.

The U.K. parliament and the devolved legislatures in Scotland, Wales and Northern Ireland will adjourn. If parliament is not sitting, it will be recalled.

In a sign of the times, many of the immediate plans relate to social media. The royal family’s website will change to a black holding page with a short statement confirming the queen’s death. The U.K. government website — GOV.UK — will display a black banner at the top. All government departmental social media pages will also show a black banner and change their profile pictures to their departmental crest. Non-urgent content must not be published. Retweets are explicitly banned unless cleared by the central government head of communications.

The royal family will announce plans for the queen’s funeral, which is expected to be held 10 days following her death.

The Ministry of Defence will arrange for gun salutes to take place at all saluting stations. A national minute’s silence will be announced.

The prime minister will then hold an audience with the new king, and at 6 p.m., King Charles will deliver a broadcast to the nation.

At the same time, there will be a service of remembrance at St Paul’s Cathedral in the heart of London. The prime minister and a small number of senior ministers will attend. The service is planned to appear “spontaneous,” according to official documents seen by POLITICO.

At 10 a.m. on the day after the queen’s death, the Accession Council — which includes senior government figures — meets at St James’ Palace to proclaim King Charles the new sovereign.

Hundreds of privy counselors, including the PM and senior ministers, will be asked to attend, with gentlemen expected to don morning dress or lounge suits with black or dark ties. No decorations are to be worn.

The proclamation will then be read at St James’ Palace and the Royal Exchange in the City of London, confirming Charles as king.

Parliament will meet to agree on a message of condolence. All other parliamentary business will be suspended for 10 days. MPs will give tributes in the House of Commons.

At 3:30 p.m., the prime minister and the Cabinet will hold an audience with the new king. Ministers will be told not to bring their spouses.

The queen’s coffin will return to Buckingham Palace.

If the queen dies at Sandringham, her residence in Norfolk, eastern England, her body will be carried by royal train to St. Pancras station in London, where her coffin will be met by the prime minister and cabinet ministers.

If she dies at Balmoral in Scotland, Operation UNICORN will be activated, meaning her body will be carried down to London by royal train if possible. If not, Operation OVERSTUDY will be triggered, meaning the coffin will be transferred by plane. The PM and ministers will attend a reception to welcome the coffin.

Proclamations will be read in the devolved administrations. Tributes are likely to continue in parliament.

In the morning, King Charles will receive the motion of condolence at Westminster Hall.

In the afternoon, he will embark on a tour of the United Kingdom, starting with a visit to the Scottish parliament and a service at St. Giles Cathedral in Edinburgh.

King Charles will arrive in Northern Ireland, where he’ll receive another motion of condolence at Hillsborough Castle and attend a service at St. Anne’s Cathedral in Belfast.

A rehearsal will take place for Operation LION, the procession of the coffin from Buckingham Palace to the Palace of Westminster.

The procession from Buckingham Palace to the Palace of Westminster will take place along a ceremonial route through London. There will be a service in Westminster Hall following the coffin’s arrival.

The queen will lie in state at the Palace of Westminster for three days, in an operation codenamed FEATHER. Her coffin will lie on a raised box known as a catafalque in the middle of Westminster Hall, which will be open to the public for 23 hours per day. Tickets will be issued for VIPs so they can have a time slot.

On D-Day+6, a rehearsal will take place for the state funeral procession.

On D-Day+7, King Charles will travel to Wales to receive another motion of condolence at the Welsh parliament and attend a service at Liandaff Cathedral in Cardiff.

This period will see government departments absorbed in an immense amount of preparation for the funeral. Documents seen by POLITICO show that, while the government overall believes it has capacity to successfully deliver the funeral, the work required will be huge, and specific concerns have been raised about potential challenges.

The departments facing the greatest difficulty are the Foreign Office, the Home Office and the Department for Transport.

The Foreign Office is tasked with arranging the arrivals of heads of state and VIPs from abroad, with concerns also raised about how to arrange entry for significant numbers of tourists into the country should the queen die during the coronavirus pandemic.

The Home Office is responsible for security arrangements, and the government’s National Security Secretariat and intelligence services will be on high alert for any increased terror threat.

The Department for Transport has raised concerns that the number of people who may want to travel to London could cause major problems for the transport network, and lead to overcrowding in the capital.

In a striking assessment of the scenes that could unfold, one memo warns of a worst-case scenario in which London literally becomes “full” for the first time ever as potentially hundreds of thousands of people try to make their way there — with accommodation, roads, public transport, food, policing, healthcare and basic services stretched to breaking point. Concerns have also been raised about a shortage of stewards for crowd control purposes.

The prime minister and the queen have agreed that the day of the state funeral will be a “Day of National Mourning.” This has also led to planning issues. The day will effectively be a bank holiday, although it will not be named as such. If the funeral falls on the weekend or an existing bank holiday, an extra bank holiday will not be granted. If the funeral falls on a weekday, the government does not plan to order employers to give employees the day off — the documents say that is a matter between employees and their staff.

The state funeral itself will be held at Westminster Abbey.

There will be a two minutes’ silence across the nation at midday.

Processions will take place in London and Windsor.

There will be a committal service in St. George’s Chapel at Windsor Castle, and the queen will be buried in the castle’s King George VI Memorial Chapel.