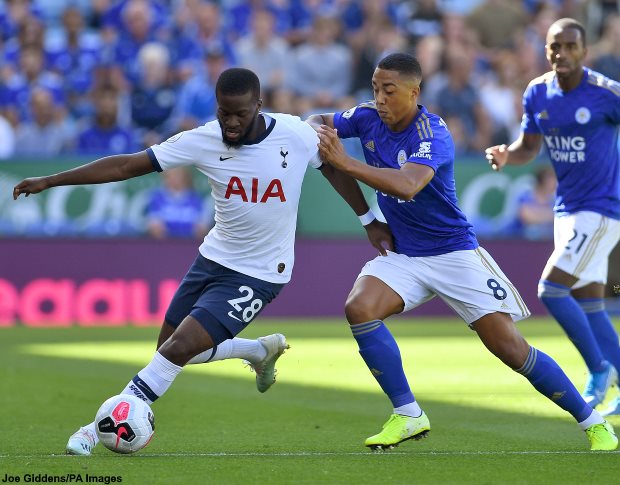 Tottenham Hotspur legend Graham Roberts has advised Spurs midfielder Tanguy Ndombele not to waste his time at the club, but instead to perform on the pitch at a level that endears him to the fans.

Ndombele was involved in a transfer saga this summer as he asked to leave the club and Spurs looked at options to involve him in swap deals.

However, no move happened and the midfielder is still on the books in north London even though he has been out of favour with boss Nuno.

Roberts believes Ndombele is a top-shelf player and pleaded with the midfielder to not let his spell at the London club go to waste.

The Spurs legend feels the midfielder has only shown occasionally how good he can be and insisted that if he gave it his all for the club he would be loved in north London just like Roberts himself.

“We have a total top class player in you Tanguy Ndombele”, tweeted Roberts.

“You are at an amazing club and you can be anything you want to be here.

“You have shown in glimpses how good you are.

“Take it from me who played for this club, you give your all the fans will love you.”

Ndombele was a regular player for Spurs last season, just four appearances shy of hitting the half-century mark, and the Tottenham fans will be hoping despite the transfer saga in the summer, the midfielder forces his way into Nuno’s plans.