Grandfather Sultan Rez, who worked as a taxi driver in London, had flown to Pakistan at the beginning of the week and driven to Afghanistan to try to help his loved ones.

How the attacks in Kabul unfolded

Mr Rez had picked up his relatives, including his wife and 23-month-old grandson Muhammad, from Jalalabad, and driven them to Kabul to board a UK-bound evacuation flight.

As the family were being processed at Kabul airport’s Abbey Gate, the bomb was detonated.

The baby’s mother, Basbibi, had made it past the secure checkpoint and entered the airport’s perimeter.

But the seven other relatives had not. Basbibi’s husband and 48-year-old Mr Rez had been killed in the attack.

Her baby son Muhammad suffered severe injuries in the blast and is being cared for at a hospital in Kabul.

Basbibi reached the UK on one of the final evacuation flights and is now in quarantine alone, both grieving the death of her husband and sick with worry about her son. Image:
Wounded Afghans in hospital after the suicide bomb attack

Mr Rez’s son, Shrokrullah, told Sky News: “She has been crying every day, non-stop. She has lost her husband and now can’t see her baby and doesn’t know how he is doing.”

The family are appealing for the UK government to step in and reunite them.

“We are praying the government can do something to bring him here and save him,” Shrokrullah added.

Sky News has approached the Foreign Office for comment. 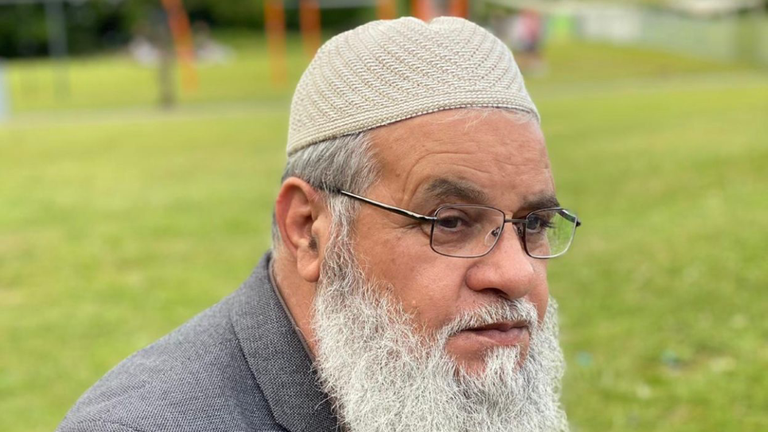 Image:
Two other British victims of the blast were Musa Popal, from north London, and (below) Mohammad Niazi 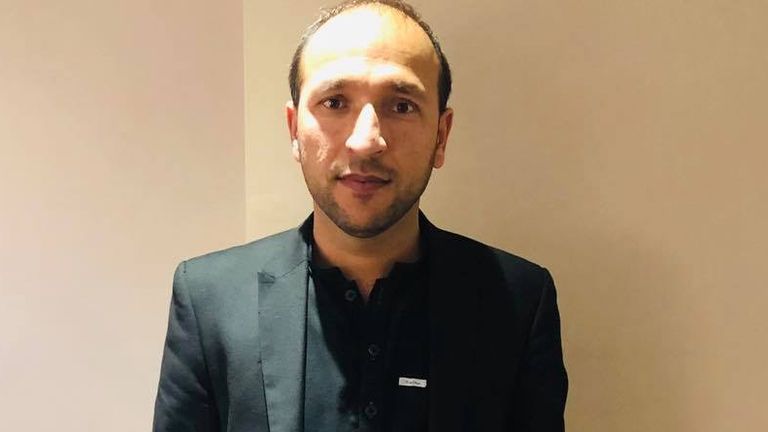 Islamic State Khorasan – a splinter group of the so-called Islamic State – has claimed responsibility for the terror attack outside the airport.

The blast has claimed the lives of up to 169 Afghans and 13 US military personnel – many of them Marines.

The second British victim has been named as Musa Popal, 60, who left his home in north London at the end of May to visit family in Kandahar.

Another Briton killed in the terror attack was named as Mohammad Niazi, who died along with his wife and two of their children after he went to Afghanistan to rescue them.

150-plus families seek help getting loved ones out of Afghanistan

TALK OF THE TOWN: BBC’s Rosie Millard to marry multi-millionaire she left her family for