Hundreds of spectators piled into the stands at Labatt Park Saturday afternoon to honour the homegrown athletes who represented the city and country in the Tokyo Olympic games.

A standing ovation was offered by the crowd as the Olympians made their way to the podium, centered in the park. 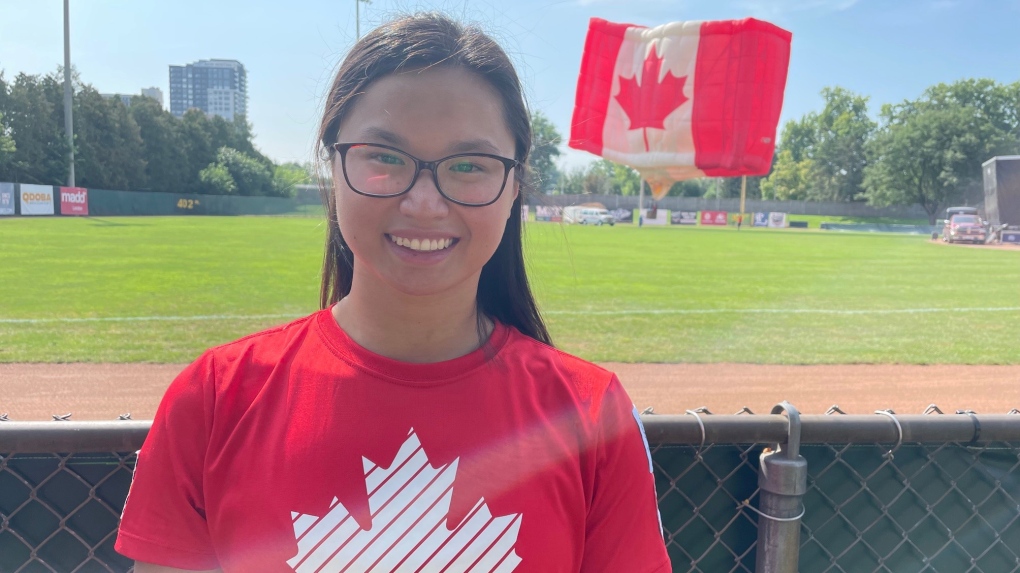 ‘I mean lots of people don’t really know where London is, like my friends out west. This really puts London on the map and shows that we are national competitors when it comes to athletics,” Mac Neil adds.

With nearly no fans in the stands at the Olympic games due to COVID-19, Londoner’s were making up for lost time.

“We want to make noise so loud that athletes hear it all the way to Paris 2024,” says Deputy Mayor for London, Josh Morgan.

The event ran by the City of London in partnership with Tourism London was a welcomed reunion for athletes and spectators alike.

“I am excited to share it,” Olympic rowing champion Susanne Grainger tells CTV News as she points at her gold medal. 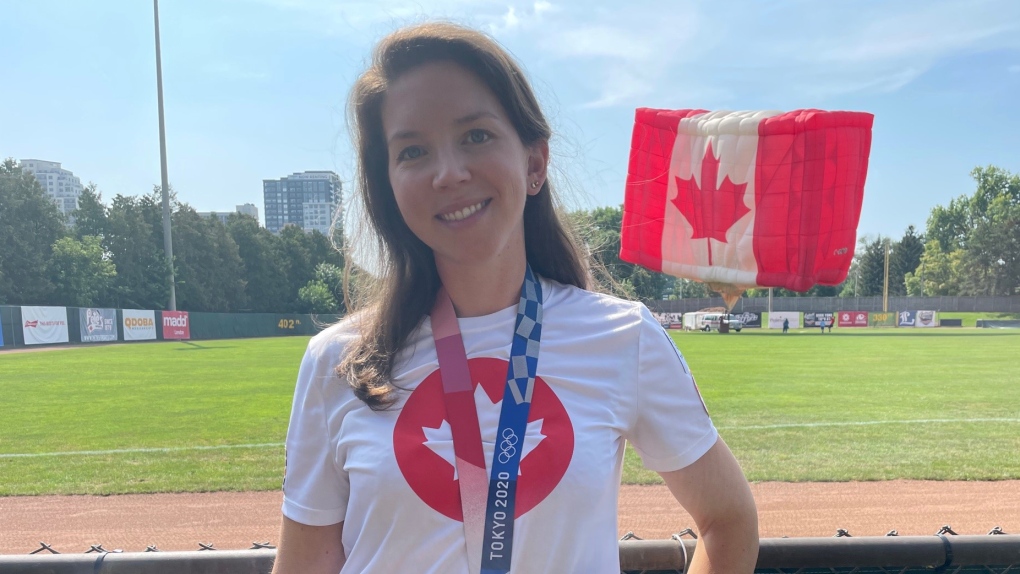 On July 30, the women’s eight crew including Susanne Grainger won in just under six minutes, securing the gold for Canada for the first time in 29 years. (Jordyn Read/CTV London)

“COVID has really kept us all separate and obviously no one was able to go to Tokyo to cheer us on, so this is that moment we missed on the podium, being able to share it with everybody.”

It’s one of the first in person events this summer for the region and people were asked to physically distance along with wear masks.

The ceremony held question and answer periods and welcomed Olympian’s to tell their journey’s from training days to the event itself.

Jennifer Martins, Olympic Rower Coxless Four was happy to connect with the community.

“We haven’t really had any celebrations, we just competed and went home and did our own respective things, this is awesome to be able to come together.” 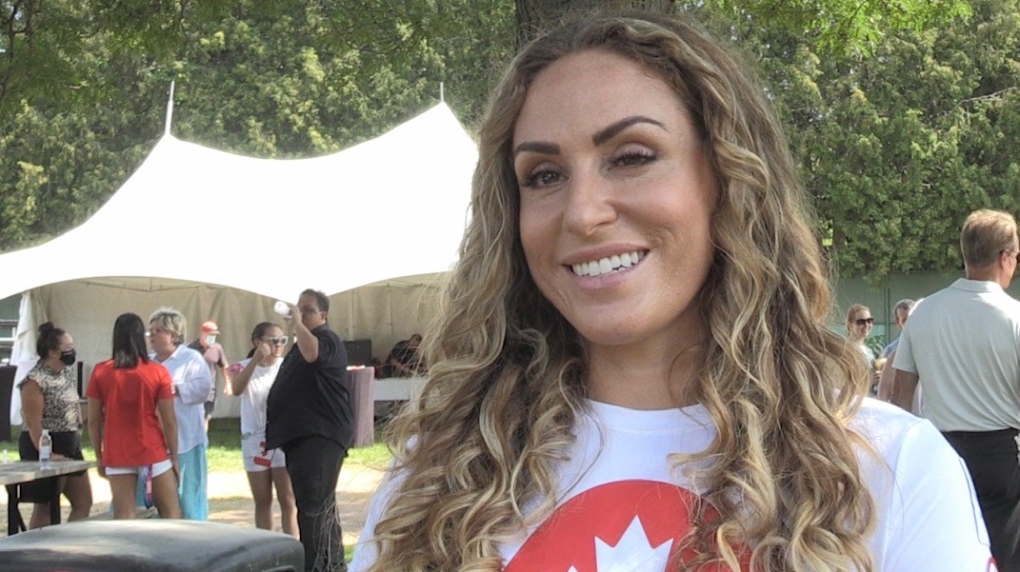 Jennifer Martins was in the eight that finished fourth, qualifying the boat for Tokyo 2020. (Jordyn Read/CTV London)

“I think from not only my story but from all the other athletes here, you can see that if you have the right team around you and you dream big for something, anything is possible. I hope that is a message people can get today.” 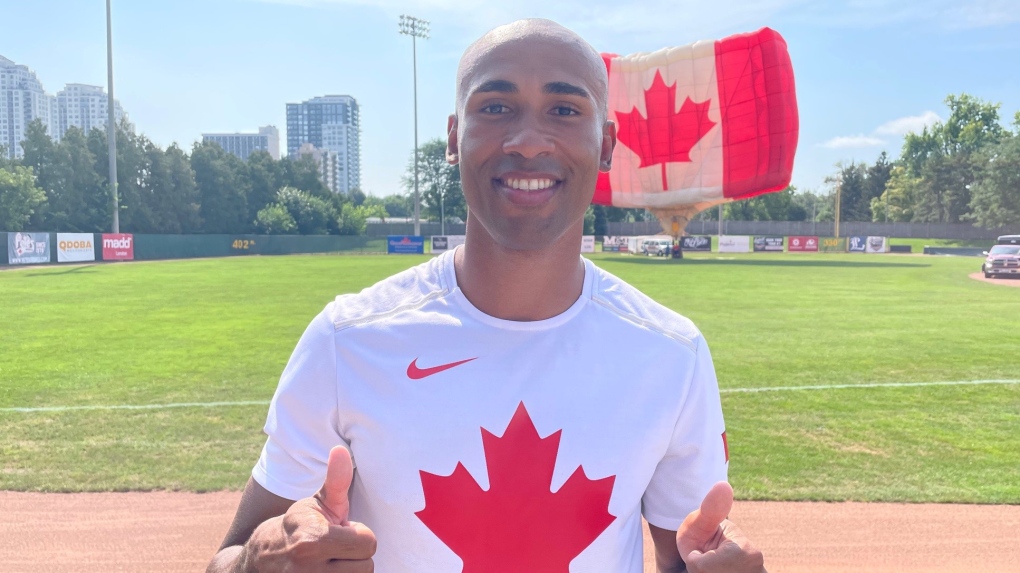 “We’re not just athletes but we realize that people are looking at us and looking up to us. It’s exciting to reach back to some of the young girls and boys who perhaps want to be in sports, and want to model themselves after the steps we took. It’s nice to bring that back to the London community.” 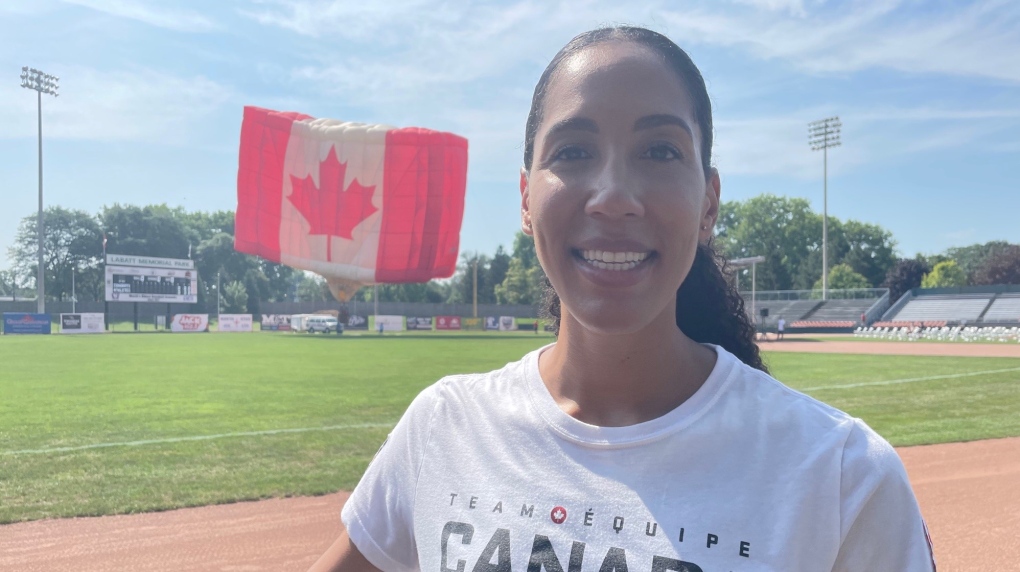 And the community couldn’t be happier that they did.

Thank you to all the athletes for giving us something to cheer about in 2021,” says spectator Kathy. 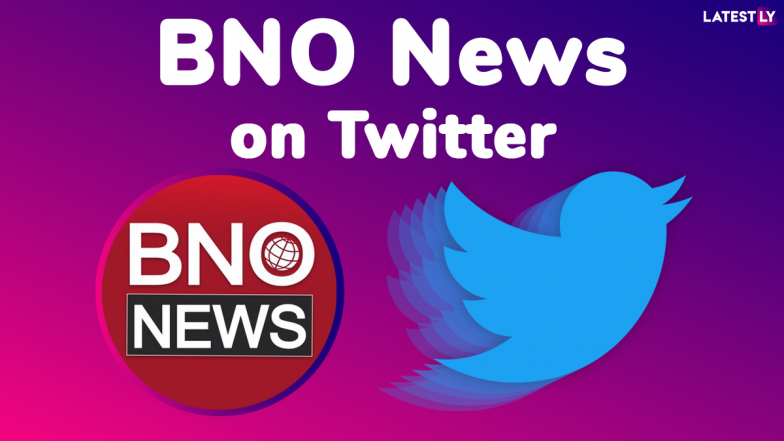