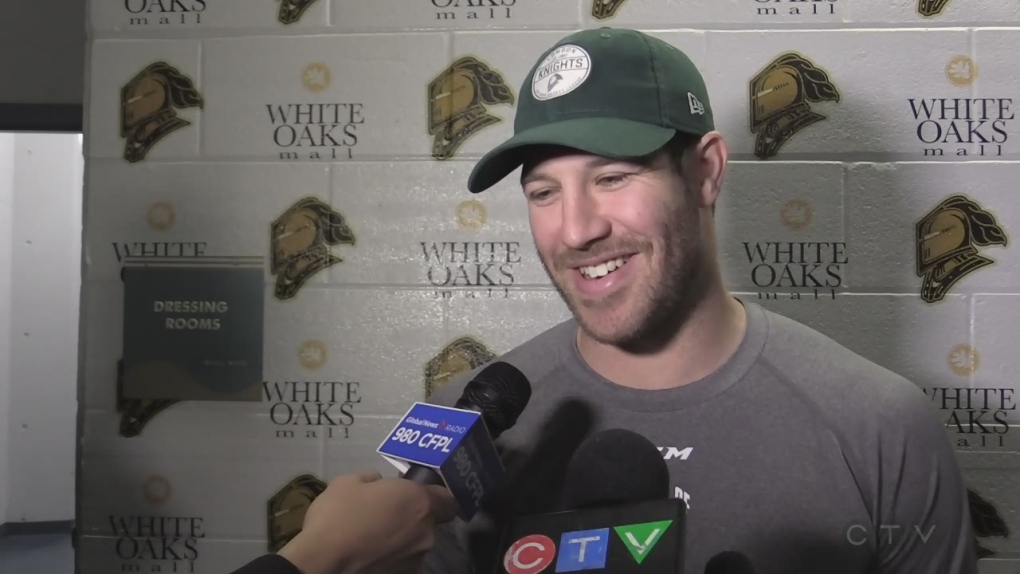 A former London Knight and one-time NHL star has raised the ire of a London, Ont., women’s agency after a Twitter exchange in which he said he hoped a woman replying to him was forced “into the sex trade.”

Brandon Prust tweeted Monday, “I’m going to be on the road tomorrow driving. If I see anyone else on the road I will lose it.”

Prust then shot back, “So that means they can force me to do anything they want? I hope they force u into the sex trade so you can finally get laid u sheep… I paid more taxes for these roads than you could ever dream of money in ur account. U deserve to stay in your basement. I don’t.”

“To suggest that a woman be forced into the sex trade to, quote, ‘finally get laid,’ is a repulsive comment,” said Jennifer Dunn.

She said the comment displays a lack of understanding of the sex trade and human rights, especially from someone who is looked upon by many as a role model.

“Here’s another example of why more education is needed, specifically for men in positions of power, such as hockey. Women have a human right to live free from violence. So clearly Brandon Prust has no understanding of either sexualized violence or its impact on women and girls.”

Prust would later tweet that his “tweet was blown out of context. Basically saying the government shouldn’t be able to force anyone to do anything. It would be like forcing someone into the sex trade.”

Following a barrage of criticism, along with some tweets appearing to support Prust, the former hockey star offered an apology.

“I would like to apologize to the lady I replied to. She deleted her tweet so can’t find her. My intention was not to offend anyone, it was a bad joke. I apologize for my bad choice of words. I don’t hope the government forces anyone into the sex trade!”

MacAuley told CTV News London, “My first reaction was shock and I was really surprised…then it turned to a little bit of, I shouldn’t say disgust, but I felt disgusted by the tweet.”

She added, “This is a huge issue in the world today, and how dare anyone take any sort of platform and use that as a comparison point to belittle someone or to minize what people truly go through when they are victims of sex trafficking.”

Prust was a Memorial Cup Champion with the London Knights in 2005, then played in the NHL for 10 years. He is well known for his charity work, including raising money for the Children’s Health Foundation in London, Ont.

Prust declined an interview request with CTV News London, referring to his apology on Twitter.