The UK is on course for one of its warmest summers on record, with temperatures amounting to around one degree warmer than average.

The Met Office said relatively high temperatures in Scotland and Northern Ireland have helped elevate this summer towards the top 10 on mean temperature.

This is despite a far wetter and “duller” season than usual in London and southeast England, the agency said.

Image:
Two surfers make their way into the sea off of Boscombe beach in Dorset

The village of Tyndrum in the Scottish Highlands recorded the highest temperature in the UK so far this month on Thursday at 27.2C (80.96 F).

In a statement, the Met Office said it is still a few days off announcing a definitive ranking at the start of September – but the figures so far show the UK’s mean temperature for summer was around one degree centigrade higher than average at 15.4C (59.7F).

Northern Ireland has so far had one of its warmer summers with a mean temperature of 15C (59F), while Scotland’s figure was 13.8C (56.84F), which the Met Office qualified as “notably warm”.

The Met Office’s forecast up until Monday, which will be the second-last day of summer, reads: “Often cloudy, cool with some light rain or showers for northern and eastern coastal areas. Elsewhere, dry with sunny spells. Warm in the west.” 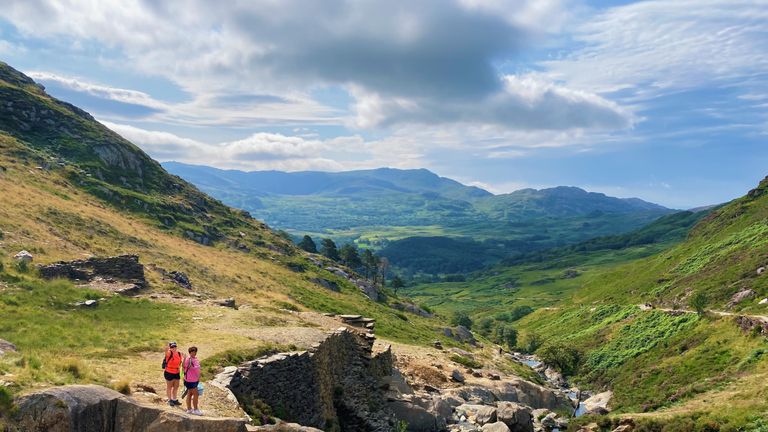 Image:
People enjoy the warm weather and sunshine on the Watkin Path on Mount Snowdon in Gwynedd, Wales

Western areas, especially western Scotland, had also had far less rain than average, with Scotland so far recording just 62% of its average rainfall for the season at 188.1mm, and Wales 66% with 189.5mm.

By contrast, there has been an average across all areas of Greater London of 220.2mm of rain – 48% more than the long-term summer average, though still short of records. 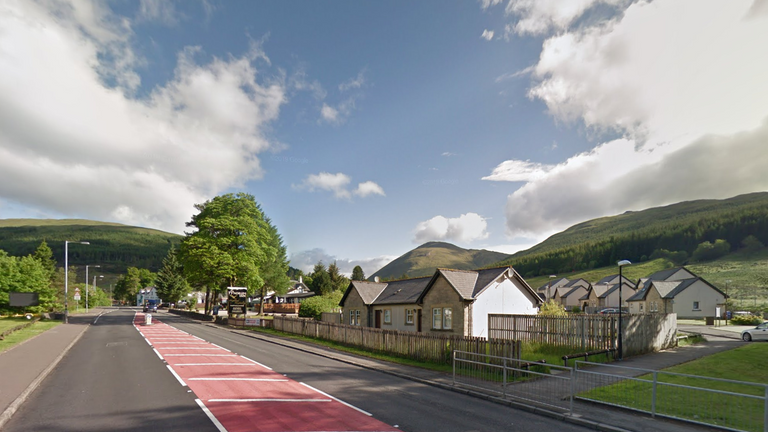 Image:
The highest temperature recorded in the UK so far this August is in Tyndrum, Scotland. Pic. Google Maps

Dr McCarthy said: “Obviously there’s still time before the month and season is over, but summer so far is certainly looking drier and warmer than average.

“That’s despite some of the wet, dull conditions we’ve seen in the South East in particular.

“Some of the flooding seen in London in July has seen some individual stations report almost twice their normal summer rainfall but the north and west of the country has experienced plenty of sunshine through June and July, although most of the country has been duller than average through August.”

Elsewhere, an annual series of global climate reports shows that 2020 was Europe’s warmest on record by a large margin.

The average temperature on the continent last year was 1.9C above the long-term average for 1981-2010, according to the 31st state of the climate report published online by the American Meteorological Society.

Parts of the continent including Luxembourg, Sweden, Finland and European Russia saw temperatures 2C or more above the average for recent decades.