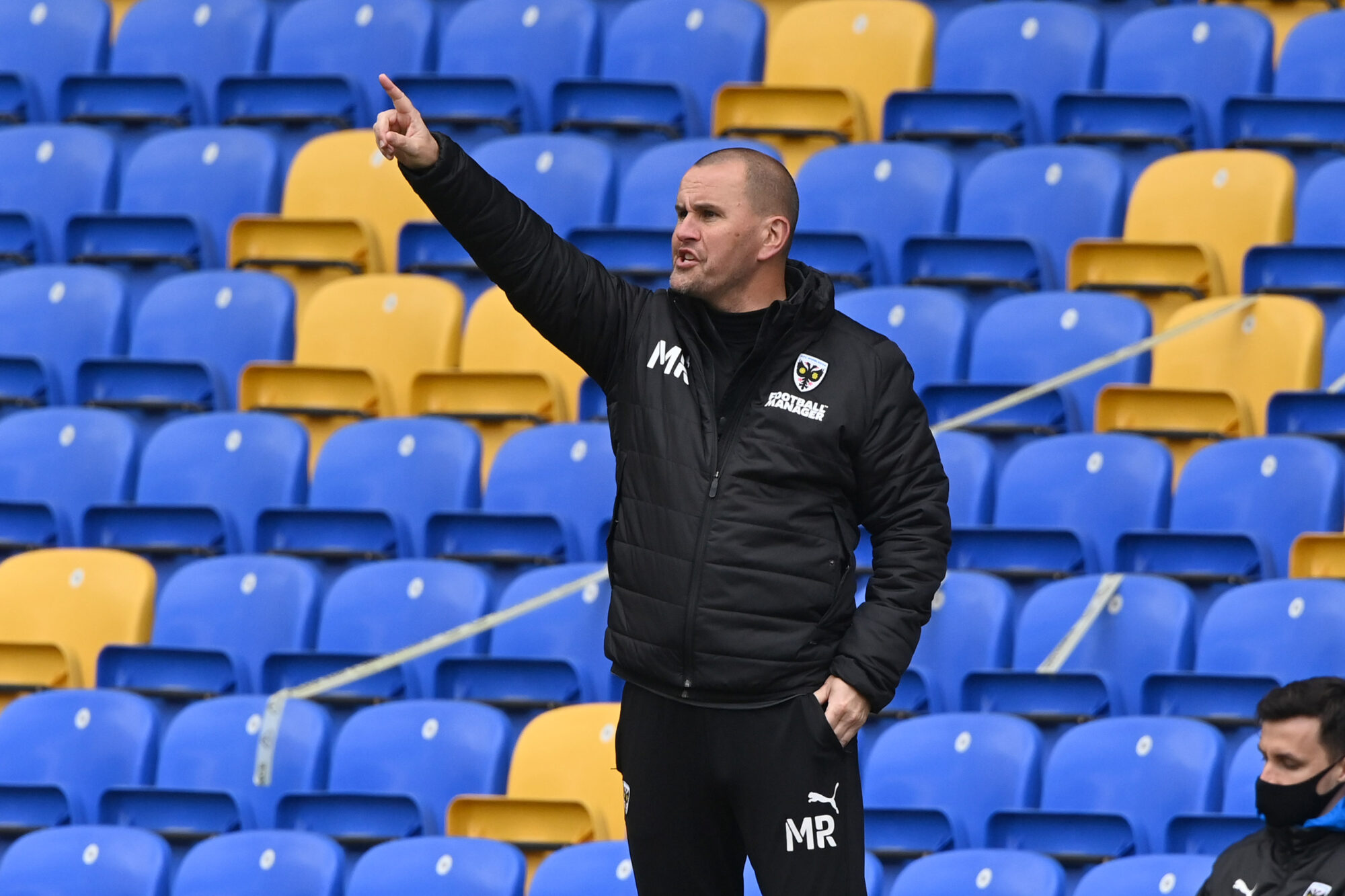 Mark Robinson’s new look young AFC Wimbledon side kicked off the 2021/2022 EFL League One season with an excellent come from behind victory at Doncaster Rover’s Keepmoat Stadium.

A hardy 612 Dons’ fans enjoyed a first taste of live competitive football as part of a 6,419 crowd with Covid restrictions lifted.

The visitors showed their intentions from the off as they pressed high and looked to pass the ball quickly. Indeed Wimbledon were by far the better side for the first 15 minutes and had McCormick been able to control an Ayoud Assal pass might well have had an early lead.

Eight minutes before the break Assal himself should have opened the scoring but shot too close to Pontus Dahlberg in the Doncaster goal when clean through.

Even as Doncaster began to enjoy a more even share of possession they were showing no sign of troubling Nik Tzanev or his defence.

Such was the Dons’ dominance that, but for a few ambitious penalty shouts, you could be forgiven for thinking that crowd restrictions were still in place.

After all the endeavour of the first half Wimbledon promptly conceded a soft goal right at the start of the second half as Ben Heneghan was unable to clear and Charlie Seaman’s somewhat mishit effort beat Tzanev to open the scoring.

To their credit the South Londoners dusted themselves off and went about grabbing a quick leveller with Assal this time making no mistake after McCormick sent him free on the Rovers’ goal.

Robinson was in no mood to settle for what he had, as he sent on George Marsh and Aaron Pressley as Wimbledon went in search of the win.

In fact it was McCormick who put the Dons in front as he picked his spot from a free-kick on the edge of the area to give the visitors a deserved 2-1 lead.

Even as AFC Wimbledon sought to see the match out as the game headed for five minutes of injury time, Doncaster had no answer to their livelier, hungrier visitors and in the final analysis their goal was the only shot on target which an impressive Dons’ side allowed them.