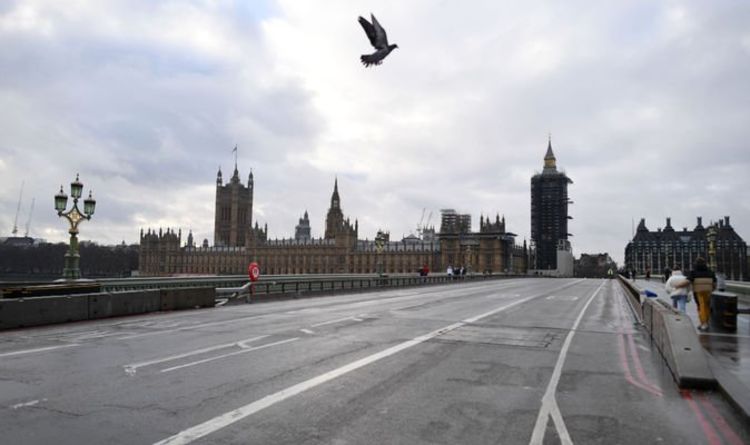 Witnesses are reporting that a lot of emergency vehicles are on the scene on the Central London bridge. Footage has been shared of social media and shows both police and fire engines in attendance. Lifeboats and a helicopter have also surrounded the bridge according to reports.

The Metropolitan Police said they were called to reports of a man with a cut hand and another man had jumped into the River Thames.

The force tweeted: “Police were called to Westminster Bridge at 7.52pm to reports of a man with a cut hand.

“It was also reported that a man had jumped into the River Thames from Westminster Bridge.

“A search is ongoing to locate this man.

“The incident is not being treated as terror-related.”

London Fire Brigade tweeted they are assisting the police with the incident.

They wrote: “Firefighters are assisting police at the incident on #Westminster Bridge.

“A systematic search of the river is being carried out due to reports of a person in the water.”

“Something bad appears to have happened.

Another person said there are about seven fire engines and eight police cars, a police boat and two life boats as well as a helicopter.

They tweeted: “Something is going down on Westminster Bridge.

“Quite crazy to see and thankfully I was far away from it on Jubilee Bridge.

“Praying no one is seriously hurt.”

This latest incident occurred in the same spot where the 2017 Westminster Bridge attacks took place.

Back in 2017, Khalid Masood ploughed a 4X4 into crowds before he was shot outside Parliament.

Six people died in the attack, including a policeman and the attacker. Dozens more were injured.

Masood was shot by police but later died in St Mary’s Hospital in Paddington.