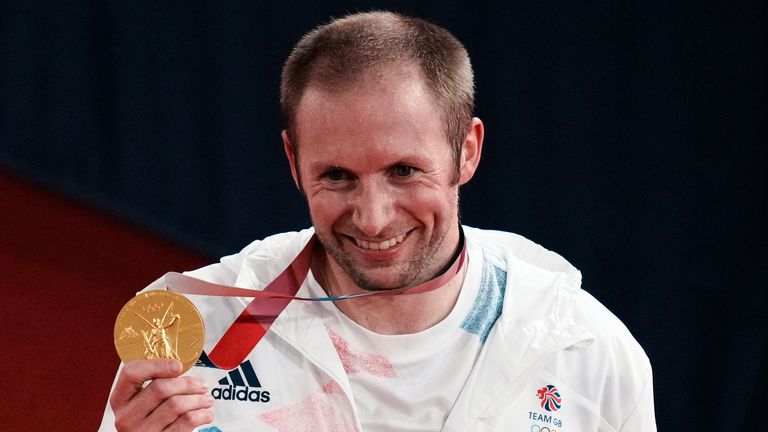 The Chef de Mission praised Team GB’s athletes for their achievements in a “most complex, challenging and difficult environment”; Team GB finished fourth in the Tokyo 2020 medal table with 22 gold, 21 silver, and 22 bronze Olympic medals

The total matched the number of medals earned at Team GB’s home Olympics in London in 2012 and is only two short of the Rio 2016 total, smashing the lower-end target of 51 from Beijing in 2008.

“Following Beijing, we had no idea that British athletes would deliver 65 medals in London,” England said.

“We knew we were in great shape for Rio but it had never been done before, matching and then surpassing London’s number of medals.

“I just think that finishing this Games with two gold medals, and for this team to deliver 65 medals is absolutely extraordinary.

“Not only has the team made history but it has probably made history on the back of the most complex and most challenging and difficult environment that we will face certainly in my lifetime.

“It has been against all the odds and I think it is the greatest achievement in British Olympic history. It has been the miracle of Tokyo and it has been wonderful to be here.”

Besides a number of record-breakers including Laura and Jason Kenny and Charlotte Dujardin, England paid particular tribute to those who rose to the occasion to clinch bronze medals, and believes it bodes particularly well for Paris in three years’ time.

“In Rio, we had big medal returns on some days and another day we might have just had one or two,” England added.

“But the Bryony Pages of this team, winning another bronze after her silver medal in Rio, and the women’s artistic gymnastics team winning a bronze with two 16-year-old twins – kept the scoreboard ticking over and gave everybody the confidence that the team is in great shape.

“We’ve had 16 fourth places. This is a very, very young team and a very talented team, and a team I’m absolutely confident that will go to Paris in less than three years and do exceptionally well.”

Boris Johnson, the Prime Minister of the United Kingdom, took to social media to praise Team GB’s performances at the Games.

He said: “These past two weeks, Team GB have shown us the very best of this country – demonstrating our sportsmanship, hard work and determination.

“From record-breaking performances in the pool to gravity-defying runs in skateboarding and BMX, this team has shown extraordinary depth and breadth of talent.

“I want to thank each and every one of our Olympians and all those behind the scenes whose hours of coaching and training have been instrumental to our success.

“This team has shown that even in the most difficult circumstances, sport brings people together and changes lives. You have shown grace in victory and amazing courage in defeat.”