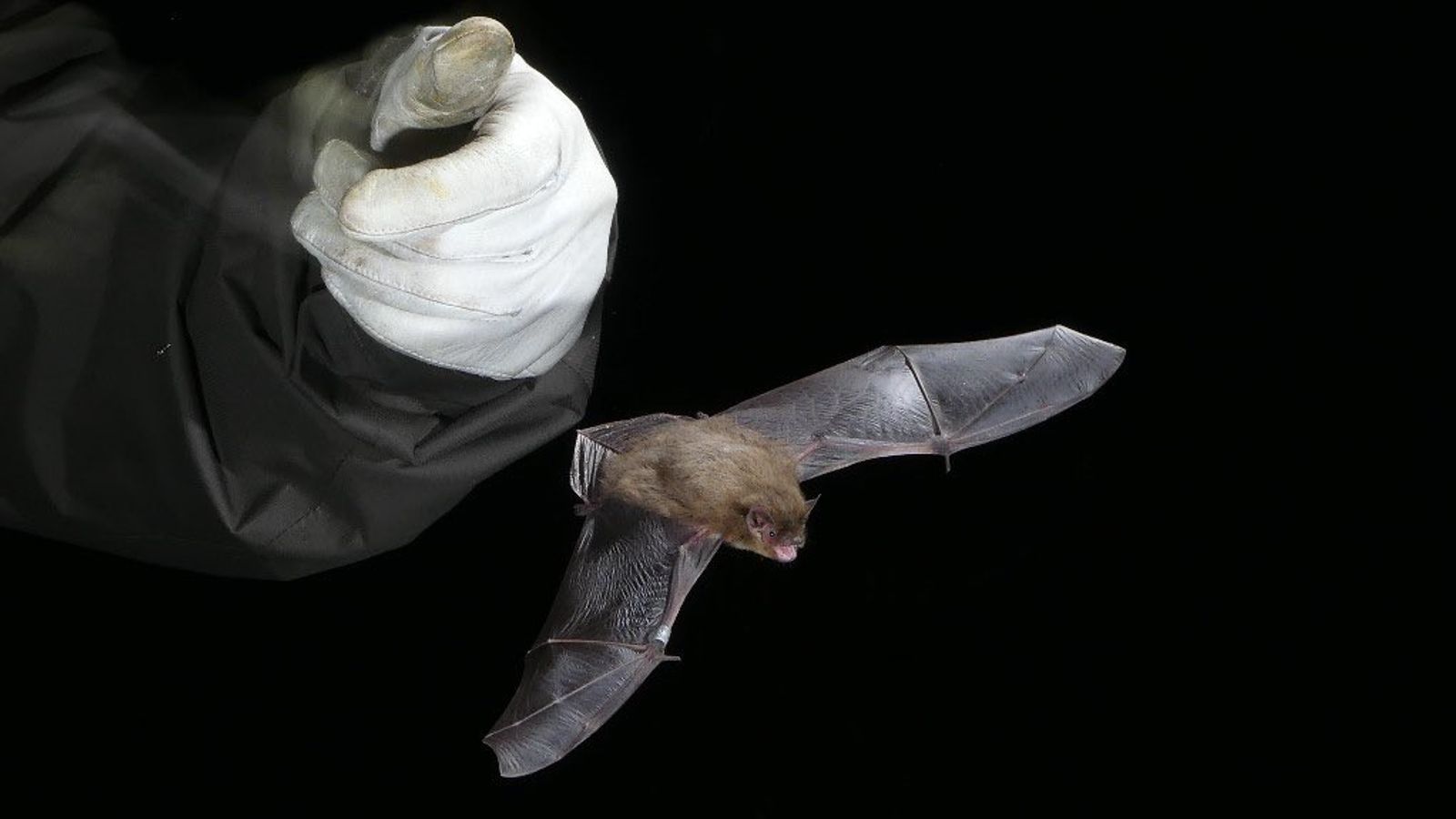 A tiny bat weighing just 8g managed to fly a record-breaking 1,254 miles (2,018km) from London to Russia, before being killed by a cat.

After her extensive journey, the female Nathusius’ pipistrelle bat was attacked by a cat and found on the ground by Russian resident Svetlana Lapina in the small village of Molgino in the Pskov region.

She was rescued by a Russian bat rehabilitation group, but later died.

The Nathusius’ pipistrelle was no bigger than a human thumb and her wing was marked with a London Zoo ring.

Bat recorder Brian Briggs, who had ringed the miniscule animal at Bedfont Lakes Country Park, near Heathrow in London, in 2016, said the fact she had travelled so far was “very exciting”.

He added: “It’s great to be able to contribute to the international conservation work to protect these extraordinary animals and learn more about their fascinating lives.”

This journey is one of the longest made by a bat ever recorded globally and the furthest known recorded from Britain across Europe. It is also the only long-distance movement recorded like this from west to east.

This achievement is topped by only one other bat in Europe: a Nathusius’ pipistrelle that migrated 1,381 miles all the way from Latvia to Spain in 2019.

Lisa Worledge, head of conservation services at the Bat Conservation Trust, said: “This is a remarkable journey and the longest one we know of any bat from Britain across Europe. What an Olympian!

“Her journey is an exciting scientific finding and another piece in the puzzle of bat migration. The movements of Nathusius’ pipistrelles around the UK and between the UK and the continent remain largely mysterious.”

Bat experts in both the UK and Russia are interested in the Nathusius’ pipistrelle’s range expansion, which is linked to climate change. More information is essential to fully understand these effects and the future impact of a warmer climate on the species.

There have been more than 2,600 Nathusius’ pipistrelles recorded in the UK since the National Nathusius’ Pipistrelle Project launched in 2014 to shed light on their breeding, distribution and migration behaviours. Colonies have been spotted in Kent, Northumberland, Surrey and Greater London.

The Daily Climate Show is broadcast at 6.30pm and 9.30pm Monday to Friday on Sky News, the Sky News website and app, on YouTube and Twitter.

Hosted by Anna Jones, it follows Sky News correspondents as they investigate how global warming is changing our landscape and how we all live our lives.

The show also highlights solutions to the crisis and how small changes can make a big difference.