Border chaos is leaving the UK “dangerously exposed” to new Covid variants, a group of MPs has warned.

The All-Party Parliamentary Group (APPG) on Coronavirus has called on the government to take urgent action to prevent new Covid variants entering the UK, ahead of the next review of the travel list expected to be announced tomorrow.

It comes following a warning from the Immigration Services Union, which represents border force staff, that passengers from red list countries who have transited via a green or amber list nation are still mixing with other arrivals. Border force staff shortages due to Covid are also reportedly leading to long queues at airports.

Caroline Lucas MP, vice chair of the APPG, said the surge in the Delta variant was a “direct result of the failure to secure our borders” as called for “urgent action to prevent an even more dangerous variant taking root in the UK”.

It comes as the coronavirus vaccination programme looks set to be rolled out to more than a million 16- and 17-year-olds.

Ministers are today expected to approve advice from the Joint Committee on Vaccination and Immunisation (JCVI) which recommends healthy teenagers aged over 16, who have not yet been able to get their vaccine, be offered the chance to be immunised.

According to The Times, appointments could be available within a fortnight due to the reserves of the vaccine available, while The Daily Telegraph said they would be given the Pfizer or Moderna vaccine, to match the guidance for other young adults.

MPs call for action to end ‘chaotic’ scenes at borders

MPs have called for urgent action to fix “chaotic” scenes at UK airports, ahead of the relaxation of travel rules expected on Thursday.

The all-party parliamentary group (APPG) on coronavirus has warned that new Covid-19 variants could enter the UK unless tighter controls are imposed to separate arrivals from high-risk “red list” countries from other travellers.

Our political editor Andrew Woodcock has the full story:

John Swinney said discussions will take place with industry leaders ahead of clubs reopening on Monday – the first time they have been allowed to do so since the first coronavirus lockdown was imposed in March 2020.

Mr Swinney, also the deputy first minister, said while customers are expected to wear a face mask when moving around in a bar or restaurant, dancing in a nightclub is a “slightly different situation”.

First minister Nicola Sturgeon announced on Tuesday that most of the remaining coronavirus restrictions in Scotland will be scrapped on 9 August, a move which allows nightclubs to open.

However masks will still be required in situations where they are currently mandatory, she said, adding this could be the situation for some time to come.

More than nine in 10 adults in the UK are likely to have Covid-19 antibodies, with levels continuing to increase in all nations and regions, figures show.

The rate of increase, however, is starting to show signs of slowing down.

The presence of antibodies suggests someone has had the infection in the past or has been vaccinated.

The latest estimates from the Office for National Statistics (ONS) are based on a sample of blood test results for the week beginning 12 July.

They show that in England an estimated 93.6 per cent of adults are likely to have Covid-19 antibodies, up from 89.1 per cent a month ago.

This is the smallest month-on-month increase since early January.

Groups supporting the bereaved relatives of care home residents who died during the pandemic will seek to become core participants of the forthcoming public inquiry.

Two organisations – John’s Campaign and the Relatives & Residents Association (R&RA) – have told the government they will apply for the status when the legal process allows.

The groups, represented by Leigh Day, are calling for the inquiry to start urgently to “provide answers to those whose lives have been most severely affected and to learn lessons before it is too late”.

John’s Campaign has repeatedly threatened the Department of Health and Social Care with legal action over its care home guidance, which has subsequently been amended several times.

Both organisations have concerns about an ongoing requirement for residents to isolate for 14 days on their return from hospital to the care home.

In addition, the Covid-19 Bereaved Families for Justice group, which represents those who have lost loved ones, has told the government it should have core participant status and work must start immediately now restrictions are lifted.

Schools should not be responsible for pupils’ vaccinations, says union

Schools should not have any responsibility for promoting, enforcing or policing vaccination of pupils, a union has said.

School leaders’ union NAHT said UK policy on jabs for children should be led by clinicians.

An announcement on a recommendation to extend the Covid-19 vaccination programme to 16 and 17-year-olds is expected soon.

Paul Whiteman, NAHT general secretary, said: “The debate about whether or not to vaccinate older children has been raging for many weeks. NAHT has always said that UK policy on child vaccination should be led by clinicians.

“To the extent that any such policy is controversial it is clear that schools should not carry any responsibility for vaccination promotion, enforcement or policing.”

Offering a Covid-19 vaccine to 16- and 17-year-olds could reduce transmission of the virus and limit disruption to their schooling, experts have said.

The latest data from the React study, tracking Covid-19 in the population, showed younger people had driven a recent surge in infections in England, and scientists said extending the vaccine programme would reduce transmission and limit the spread of the virus in winter months.

Asked about giving 16 and 17-year-olds a vaccine, Steven Riley, professor of infectious disease dynamics at Imperial College London and co-author of the React study, told LBC: “Our data would support that in that we’d expect there to be a really good knock-on effect from extending the vaccinations for that group.”

Spain likely to avoid ‘amber plus’ status at next travel review

Spain is set to swerve the dreaded “amber plus” status, according to reports.

Rumours abounded that the country might be added to the special category, created specifically for France last month, in response to fears over the Beta virus variant.

Our deputy head of travel Helen Coffey has more details below:

Border chaos is leaving the UK “dangerously exposed” to new Covid variants, a group of MPs has warned.

The All-Party Parliamentary Group (APPG) on Coronavirus has called on the government to take urgent action to prevent new Covid variants entering the UK, ahead of the next review of the travel list expected to be announced tomorrow.

It comes following a warning from the Immigration Services Union, which represents border force staff, that passengers from red list countries who have transited via a green or amber list nation are still mixing with other arrivals. Border force staff shortages due to Covid are also reportedly leading to long queues at airports.

Caroline Lucas MP, vice chair of the APPG on Coronavirus, said: “The government’s border policy is leading to chaotic scenes at UK airports and leaving the country dangerously exposed to new variants.

“The surge in the Delta variant was a direct result of the failure to secure our borders, yet ministers are still repeating the same mistakes.

“Urgent action is needed to prevent an even more dangerous variant taking root in the UK, including sequencing positive tests and separating all red list arrivals.”

Lasting Covid effects uncommon in children with most recovered in one week, research suggests

Children who become ill with coronavirus are unlikely to have long-term effects, with less than 2 per cent having symptoms lasting more than eight weeks, research has shown.

Illness from Covid-19 lasted no more than a week on average in people aged between five and 17, according to findings from a study led by researchers at King’s College London.

The results, published in the Lancet Child and Adolescent Health journal, involved scientists looking at daily health reports logged in the Zoe Covid Study app and focused on September 2020 through to February 2021.

Of the 1,734 children reported by parents or carers with a clear start and end point to their symptoms and a positive PCR test result, just one in 50 (1.8 per cent) had symptoms lasting more than eight weeks.

Fewer than one in 20 (4.4 per cent) experienced symptoms for four weeks or more.

In children aged five to 11 years old, the illness lasted on average for five days, while in children aged 12 to 17 it lasted around seven days, researchers said.

Their study showed that the most common symptoms reported in children were headaches, tiredness, a sore throat and loss of smell.

Scientists said it was reassuring that there were no reports of serious neurological symptoms such as fits or seizures, impaired concentration or anxiety.

Shadow environment secretary Luke Pollard said vaccinating 16- and 17-year-olds is a “good idea” if it reduces the number facing admission to hospital.

He told Sky News: “It’s being carried out right round the world at the moment in a safe way and if this increases the resilience of our nation and reduces the number of people facing hospitalisation or facing long Covid then I think it is a good idea.

“What I would like to see as well as us vaccinating people at home is making sure we’re putting the same effort into ensuring that vaccinations are taking place around the world, because in the middle of a global pandemic that’s something that sits ever so slightly uneasily with me as we’re vaccinating some people who are lower risk in the country where there’s still higher risk people internationally who haven’t got that.” 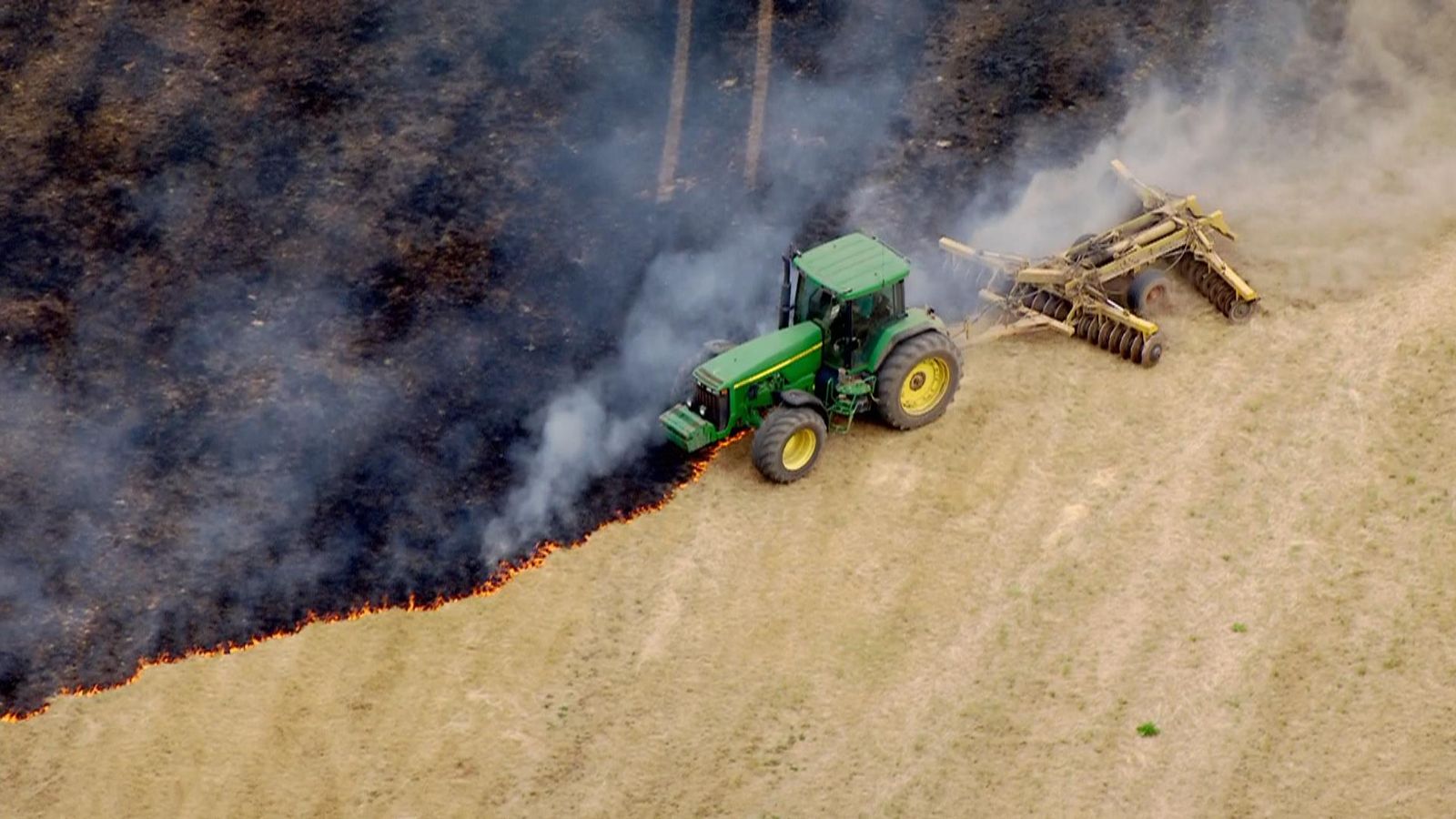 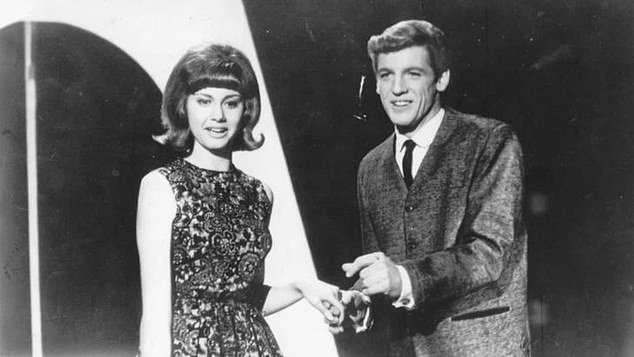 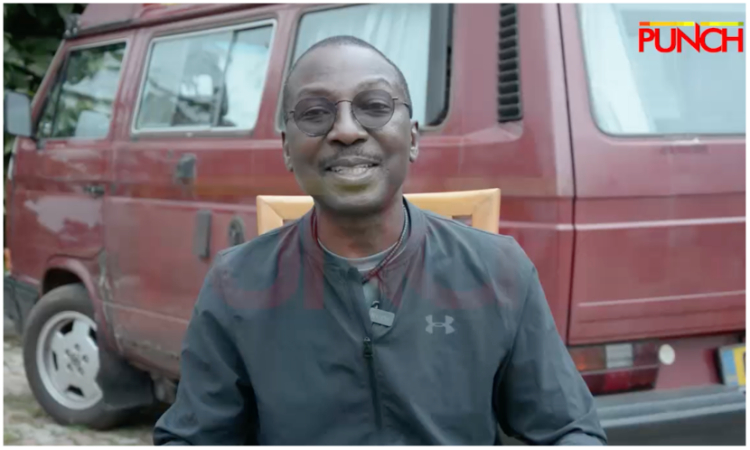