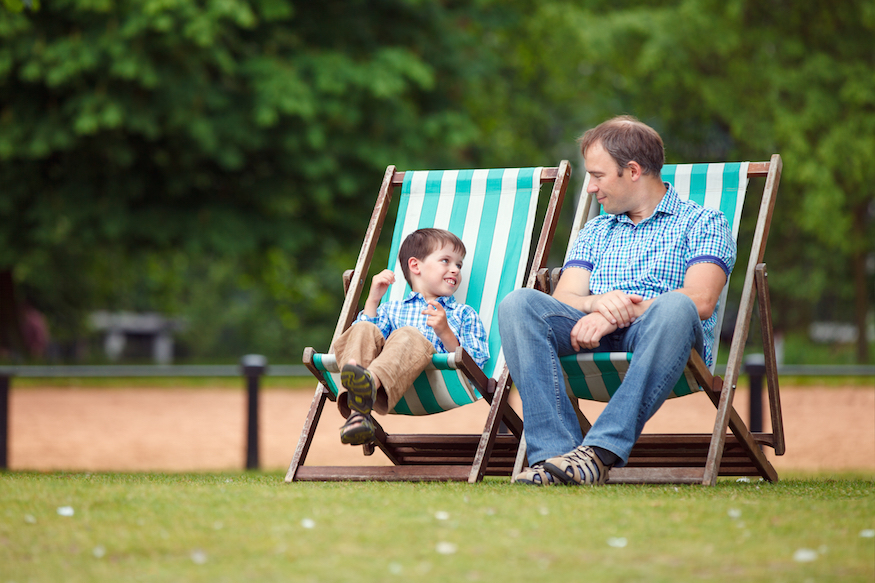 Looking for things to do with children in London during the school holidays? Take a look at all this stuff going on across town. Plenty of these things to do are free or cheap — so keeping children happy needn’t break the bank.

We’re thrilled to see London coming back to life again, but bear in mind that restrictions may still be in place at some venues, and there may be booking requirements or capacity limits. Check directly with the venue or organiser for the most up to date information. 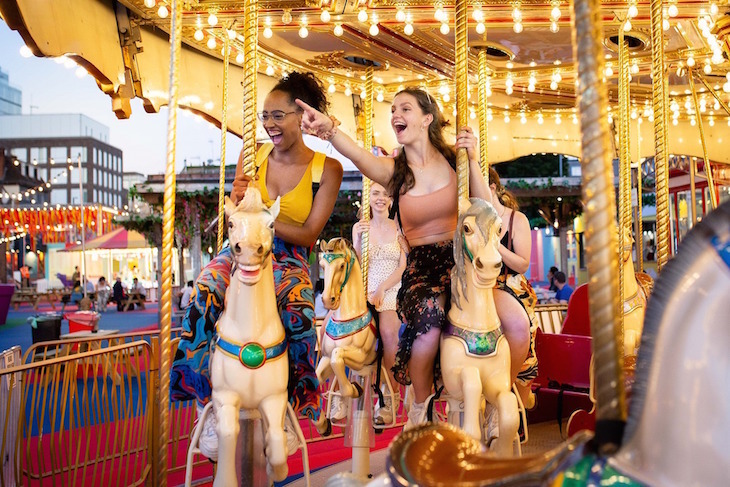 People of all ages can enjoy London Wonderground

AUGUST EVENTS: We’ve already rounded up the best things going on in London this August, and while they’re not all suitable for little ones, plenty of them are.

WONDERGROUND: At a new location in Earls Court this year, London Wonderground returns with fun for all the family. Fairground rides, a pop-up beach, and food and drinks stalls are all there for your enjoyment, plus the roster of shows taking place inside the upturned purple cow theatre includes some family favourites. The Amazing Bubble Man, Fireman Sam and Dinosaur World Live are among the options for keeping little ones entertained. Until 26 September

PLONK GOLF: You can now tee off in the Horniman Museum gardens thank to Plonk Crazy Golf. The 9-hole course should take about 30 minutes to complete, and features hills, loop-the-loops, and a nod to the museum’s famous overstuffed walrus. Normal hours are Saturday and Sunday, but open daily until 31 August 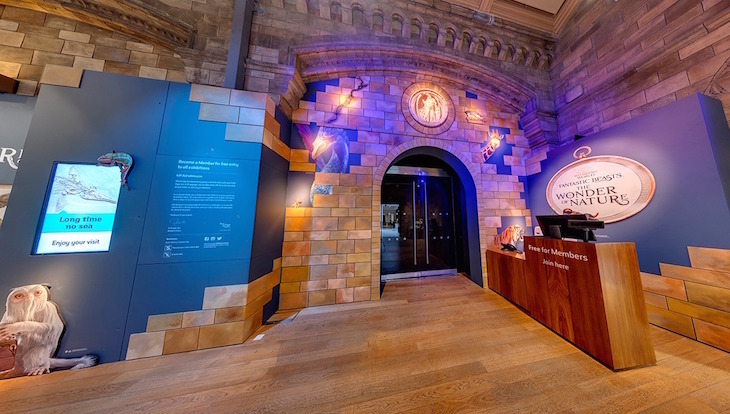 SNEAKERS: One for fashion-conscious teens, Sneakers Unboxed at Design Museum explores how trainers went from sporting footwear to fashion item. Converse Chuck All Stars, Air Jordans and Puma Discs are among the iconic names mentioned in displays which show how the shoes are made, as well as the staggering value of the resale market. Celebrity sneaker collabs featuring the likes of Michael Jordan and Kanye West also feature. Until 24 October

ALICE IN WONDERLAND: Another one for older kids and teenagers, Alice: Curiouser and Curiouser is the V&A Museum’s deep-dive into the world of Alice in Wonderland. Take a look at objects which inspired her story, go on a trippy VR experience down the rabbit hole, and see the influence Alice in Wonderland has had on other areas of culture, including fashion and film. Read our full 5* review. Until December 2021

MONKEY BUSINESS: Take a look into the world of primates at Horniman Museum’s family-friendly exhibition Monkey Business. Find out how they live, eat and move, and learn how the different species of primate have evolved over time — and how they’re not all that different from us. Until January 2022

FANTASTIC BEASTS: If your family is into all things Harry Potter and Newt Scamander, they’ll love Fantastic Beasts: The Wonders of Nature. The Natural History Museum exhibition looks at the science behind weird and wonderful creatures, both real and fictional. Get up close to props from the Fantastic Beasts film, and find out where the myth of fire-breathing dragons originated. Until January 2022

Wind in the Willows comes to Kew Gardens

WIND IN THE WILLOWS: Theatre that also wears the kids out? Excellent! The Wind in the Willows at Kew Gardens takes place in two locations across the gardens, with a short stroll in between — perfect if they’re prone to fidgeting. See the story of Ratty, Mole, Badger, Otter and Toad played out against the backdrop of Kew’s lake, with music, songs, and young audience members transformed into rabbits by the Head Chief Rabbit. 24 July-30 August

THE GRUFFALO: Oh look, oh no, it’s a gruffalo. Julia Donaldson and Alex Scheffler’s beloved children’s book comes to life on stage at Alexandra Palace this summer. Live music and songs accompanies the story of Mouse, Fox, Owl and Snake in the forest, in a show aimed at age 3+. 3-31 August

DRAGONS AND MYTHICAL BEASTS: A staple of summer in London, Regent’s Park Open Air Theatre is back, and this year’s family-friendly show is Dragons and Mythical Beasts. It’s aimed at age 3+, and used puppets to bring the audience face to face with mysterious creatures including the Stone Troll, the mysterious Indrik and Japanese Baku, the Tooth Fairy, a unicorn and a griffin. 13 August-5 September

UNDERBELLY:  Usually pitching up on South Bank, Underbelly Festival has moved to a new location in Cavendish Square this summer. The line-up of family shows includes an immersive mock courtroom, comedy that’s clean enough for kids, and beloved classic Alice’s Adventures in Wonderland. Until 26 September. As mentioned above, London Wonderground also has a programme of family-friendly events alongside its more adult shows. Until 26 September

Family days out in London 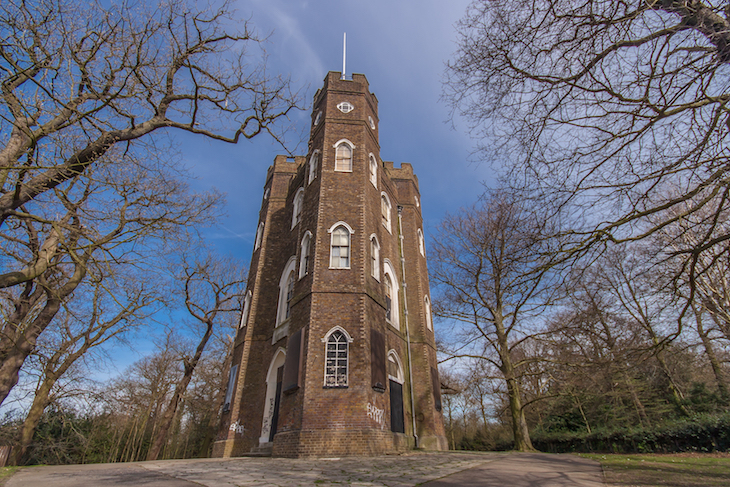 Severndroog Castle is worth a visit. Image: Shutterstock

Bored of trudging round the same old museums and parks? Try one of these seven alternative family days out in London, featuring caves, windmills and more. Have you ever been to London’s least-known castle?

Take a look a our map of where you can see animals in London — whatever the weather. Or grab your wellies and get muddy.

Got troublesome teens to entertain? Here are our recommendations for things for teenagers to do in London.

Free and cheap things to do with kids in London: summer 2021

On a budget? Try these budget-friendly alternatives to the big attractions — or find something closer to home with our guides to cheap family days out in south-west London (featuring windmills, crazy golf and a splash park), south-east London (a castle, dinosaurs and London’s first airport) and north-west London (including the RAF Museum and a city farm). 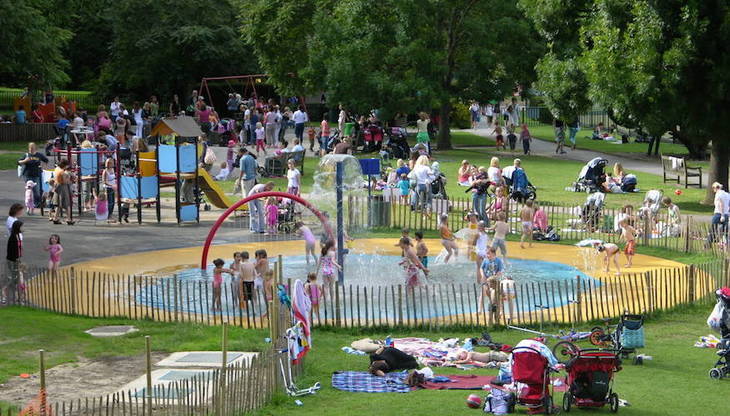 Fun things to do at Wimbledon Splash Park

Things to do outside of zone 1

South east London: Did you know about this castle, or the caves which stretch for miles beneath London?

South west London: Have a picnic on Strawberry Hill or take a riverside stroll.

Active days out with kids in London 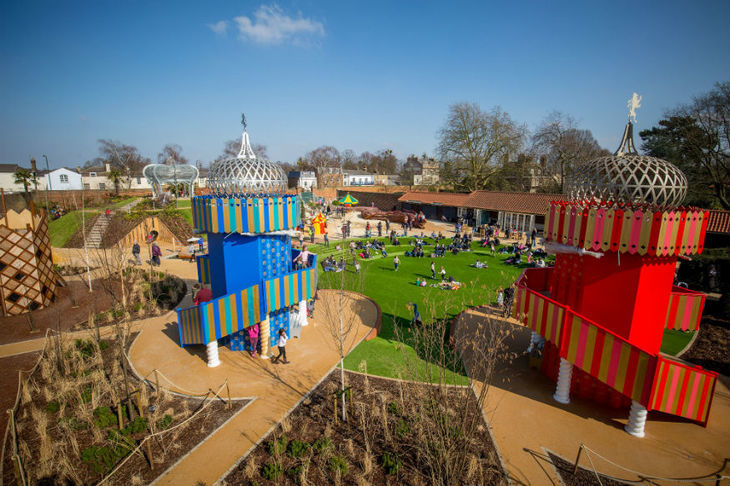 There’s an indoor trampoline park in West Acton, or why not tee off at the dinosaur mini-golf? Kids can let off steam at Hampton Court’s Magic Garden playground, and the whole family can get involved with white water rafting on the Olympic course. Always a favourite is the Children’s Garden at Kew Gardens, a naturally designed play space aimed at 2-12 year olds.

To see a bit more of London, pump up the tyres and try one of these cycle routes, or for a slower pace, follow one of our leisurely London walk routes.

Where to eat with children in London 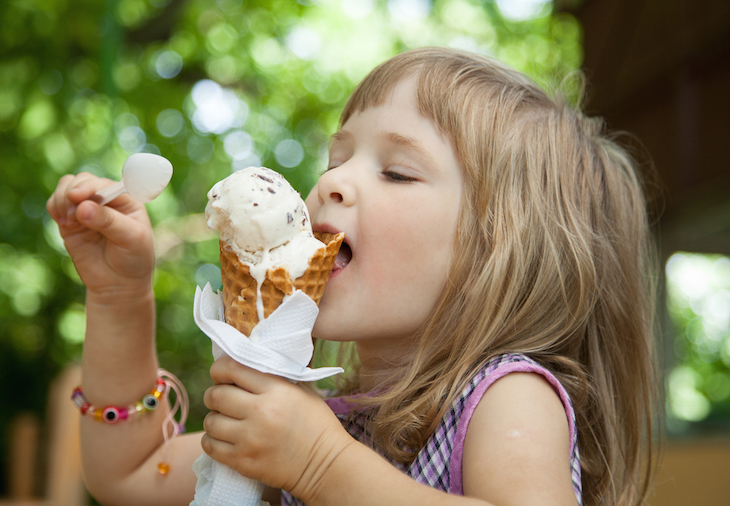 Finding somewhere to eat out with kids can be tricky, but these child-friendly restaurants in London offer more options that just burger and chips.

The pub may seem like an inappropriate suggestion, but bear with us — we’ve rounded up the best family-friendly pubs in London. See if your local made the list.

Cultural things to do in London with kids 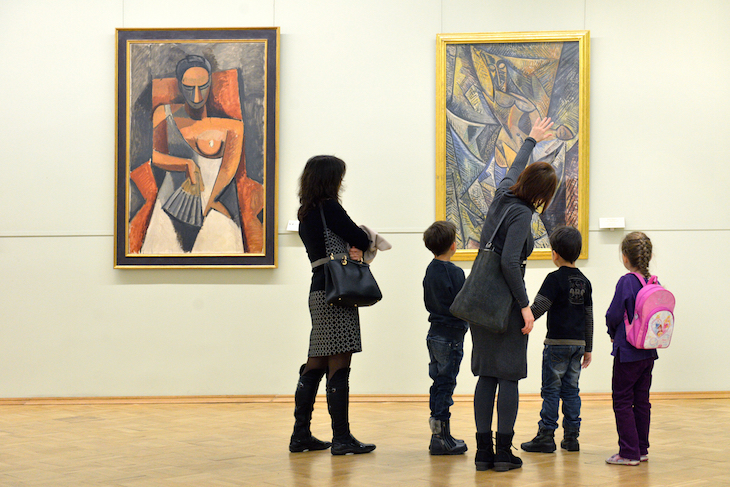 You may think art galleries and theatres are a no-go when you’ve got little ones in tow, but these London theatres are great for kids’ shows.

Plus, these family-friendly art galleries will keep children happy — and have plenty for mum and dad too. 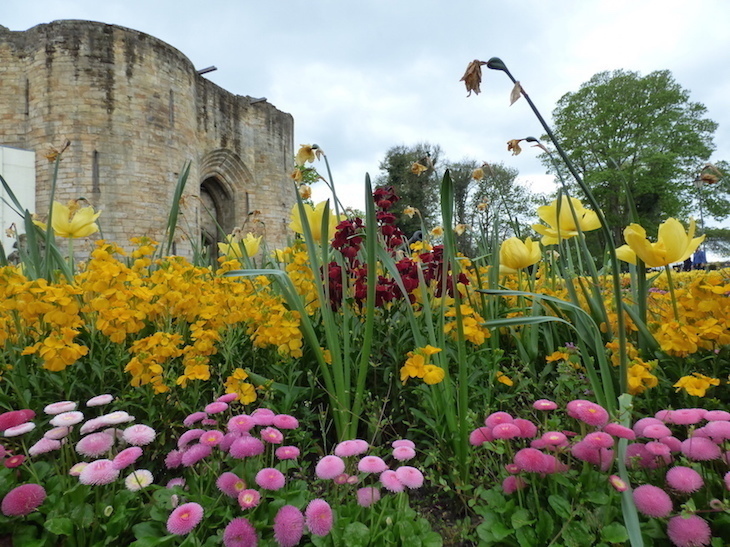 What about a trip to Tonbridge in Kent?

Looking to go somewhere a bit further afield? We’ve got plenty of suggestions for places to visit in a day out of London, from quaint villages and fascinating museums to farms and towns. Take a look at the full list (and map).