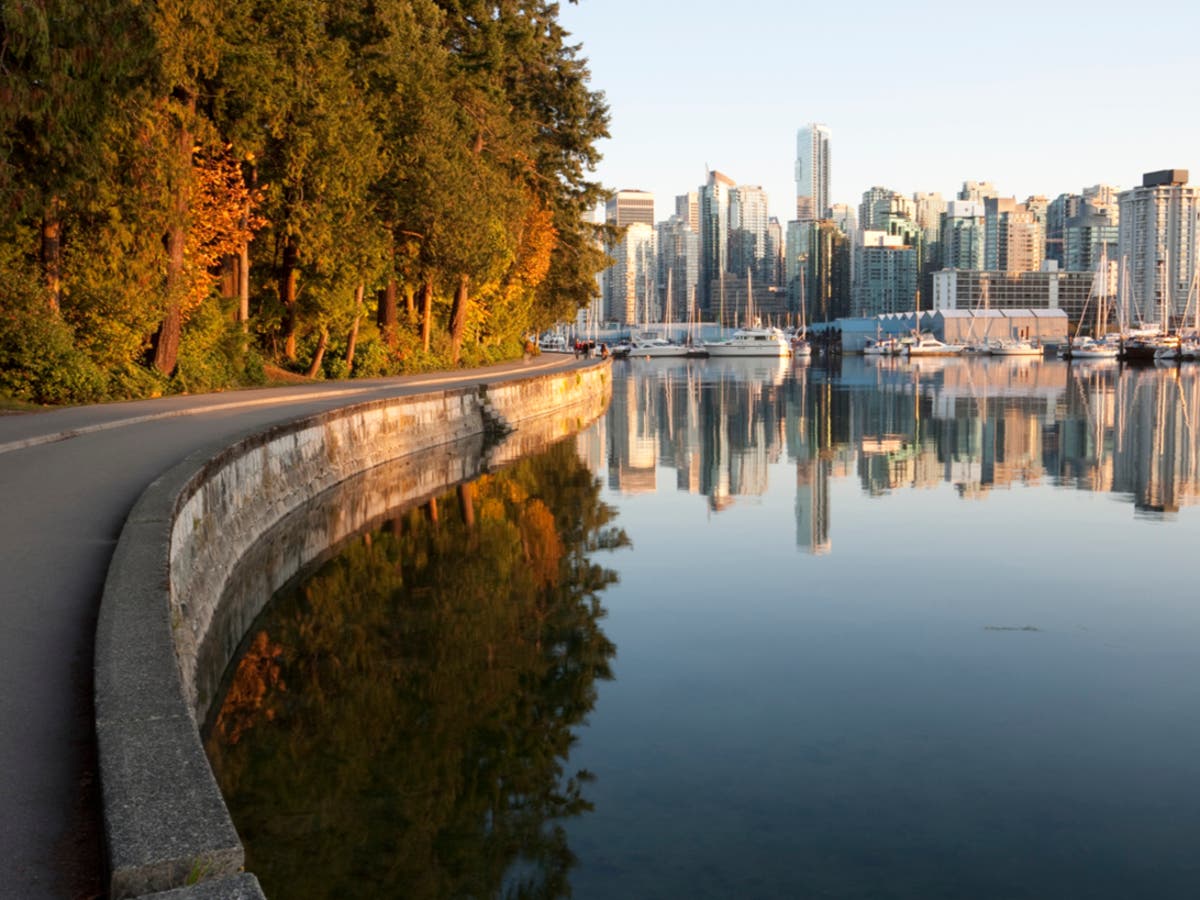 Boris Johnson has hinted that the government might do a U-turn on rumoured plans to introduce an “amber watchlist” for countries at risk of being demoted from the amber to the red list for international travel.

The prime minister said on Monday that he wanted to get the travel industry “moving again” and to keep a simple, user-friendly system of rules.

“I understand that people care very much about their holidays, people want to go abroad, I understand how much people plan, prepare, for the summer holidays,” Mr Johnson told reporters.

“We have also got to remember this is still a dangerous virus and we must try and stop variants coming in, so we have to have a balanced approach … What I want to see is something that is as simple and as user-friendly for people as possible.”

Meanwhile, a further 17 countries should be eligible to join the green list in the next update to the government’s traffic light list for international travel, according to an expert.

Austria, Germany, Poland and Canada are among the destinations that should be bumped up from amber to green, according to research by travel consultancy the PC Agency.

Bhutan, French Polynesia, North Macedonia, Norway and Saudi Arabia have been identified as candidates for the green watchlist.

The next review is due to take place this week, either on Wednesday or Thursday.

The French government is urging the UK to remove France from the “amber plus” travel list on Thursday.

French Transport Minister Jean-Baptiste Djebbari told French channel CNews on Monday morning: “I hope this week during their weekly review there will be a positive change.”

France is currently the only country on the list, which requires that travellers arriving in the UK isolate for up to 10 days and take a Covid test on the second and eighth days. Double-vaccinated travellers from other EU countries do not need to self-isolate.

Clement Beaune, France’s Junior Minister for EU Affairs, told CNews in a seperate interview that the restrictions on travellers from France are “a little bit political”.

The UK government has said that the restrictions are in place because of concerns over the Beta variant in France. However, France has insisted that the variant is much more prevalent in its overseas territory La Réunion, near Madagascar.

Air traffic controllers are being balloted over whether they would take industrial action.

The PCS union announced that a consultative ballot of members in NATS, the UK’s main air navigation service provider, has been launched over pay, pensions and “attacks on redundancies arrangements”.

PCS said that trust with the employer “has been all but destroyed” after NATS deemed the redeployment and redundancy agreement “unaffordable” in May 2020, a few months after the pandemic first hit the UK and international travel was drastically reduced.

The union said: “We remain willing to negotiate however the actions of NATS has led us with no other option than to run a consultative ballot for our members from 27 July to 12 August to demonstrate the frustration they feel.”

Queues at Heathrow Airport grew to “a quarter of a mile long” today as the Border Force was hit by a severe staff shortage.

As much as 25 per cent of Border Force staff are self-isolating due to a reported coronavirus outbreak, according to The Times.

Of 300 Border Force staff at Heathrow, 80 were reportedly absent with coronavirus at the weekend, it stated.

Passengers had been stuck waiting for “hours” in the queues that were also the result of problems with the e-gates, the newspaper added.

Meanwhile, as of 4am today, double-vaccinated travellers from the US and amber list EU countries – except France – can travel to the UK without quarantining.

Mayor of London Sadiq Khan welcomed the news that a Tube driver strike this week has been suspended.

Progress in talks between the Rail, Maritime and Transport (RMT) union and London Underground (LU) led to the strikes being called off.

Staff were due to walk out on Tuesday and later this week in a dispute over LU’s plans to scrap the pay grade of Night Tube drivers.

“This shows what can be achieved by talking and engaging with staff.”

Further strikes later this month remain on until a final settlement between the unionised drivers and LU is agreed.

“We are becoming increasingly at a competitive disadvantage to many other countries who have opened up international travel far more, many European countries and the US in particular,” he said.

The prime minister said: “I understand how much people plan, prepare, for the summer holidays.

“But we have also got to remember this is still a dangerous virus and we must try and stop variants coming in, must stop importing variants from abroad, so we have to have a balanced approach.”

Strikes planned this week by London Underground drivers have been called off after progress in talks.

Members of the Rail, Maritime and Transport union were due to walk out on Tuesday and later this week in a dispute over the grade of Night Tube driver.

Further strikes later this month remain on until a final settlement is reached.

RMT general secretary Mick Lynch said: “Following extensive and wide-ranging discussions through the Acas machinery we have hammered out enough ground to allow those talks to continue.

“As a result this week’s strike action is suspended although the rest of the planned action remains on.

“I want to thank our members and our reps whose unity and determination has allowed us to reach this stage today and we look forward to pursuing the important issues at the heart of this dispute in the next phase of talks.”

Which countries could be added to the green list?

The next tri-weekly review of the UK’s traffic light system for travel is fast approaching.

There are 29 destinations rated green at present. But what are the top contenders for upgrading from amber this time around?

Check out The Independent’s explainer for more information:

A disabled passenger who was almost left stranded on the platform when assistance she’d booked failed to turn up for her train has raised awareness about the issues faced by wheelchair users.

Disability campaigner Katie Pennick was almost left stranded at an Oxfordshire station yesterday when staff failed to turn up to assist with a wheelchair ramp.

Travelling into London with Chiltern Railways, Pennick, who is campaigns lead for the transport access charity Transport for All, tried to book assistance for her journey via the Passenger Assistance app.

She was unable to get confirmation of her booking from the app and, on arriving at the station, found it entirely unstaffed. She was therefore unable to access the wheelchair ramp and was only able to board because her partner was with her.

Boris Johnson has suggested his government will ditch its plan to add an “amber watchlist” to its Covid travel list categories – saying he wanted a traffic light system that is “as simple and user friendly as possible”.

The government has been considering a new “amber watchlist” category to let travellers know which amber countries are at risk on turning red – but the idea has sparked a huge backlash from the travel industry and Tory backbenchers.

Girl, 5, found dead at house as woman, 31, arrested on suspicion of murder