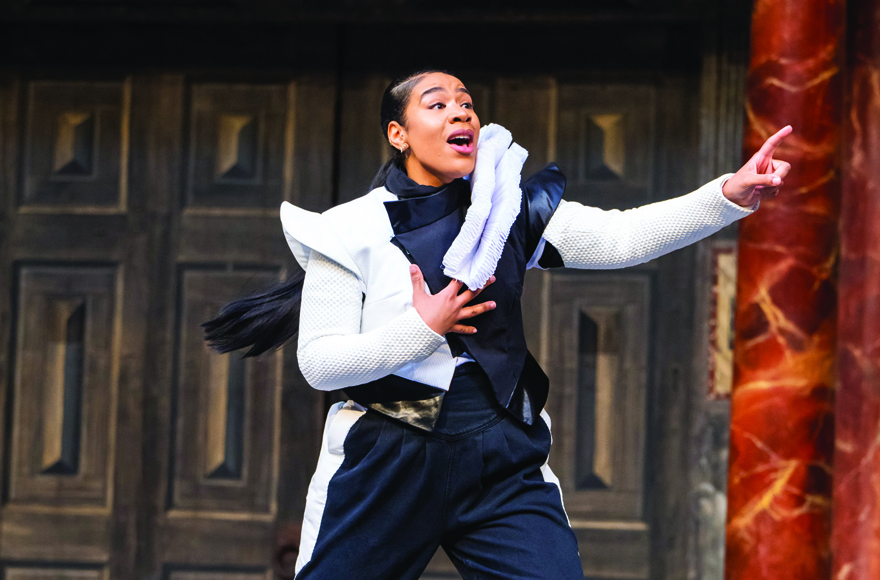 This summer in London is proving to be a bumper season. And one of the brightest jewels in its crown is the Globe’s production of A Midsummer Night’s Dream.

They promised us “a fiesta like no other,” a “joyful explosion of vivid chaos.”

Boy, have they delivered. It is outstanding. It is a fitting choice for this post-pandemic season.

Shakespeare wrote this play to flesh out his poem Venus and Adonis written while London’s theatres were closed by plague.

It contains a large cast of characters and the complex artifice of a ‘play within a play.’

Various lovers get mixed up and confused as they are drawn into a quarrel between Titania, Queen of the Fairies, and her husband Oberon, ostensibly over a beautiful boy.

The audience can also get confused. The plot is immensely complicated and it’s best not to concentrate too much on it, but to “go with the flow.” This is after all a “dream” and there are indeed various narcotic elements in the play, distorting the taker’s perception.

The Globe’s fiesta spirit is true to the carnival element of the play. And is brought out fabulously by Jean Chan’s colourful costumes, which have to be seen to be believed.

Titania appears to be a “Queen of the Rodeo” while her fairies look like they’ve wandered here from the Notting Hill Carnival.

A carnival atmosphere indeed abounds, and is spot on.

The play was written to celebrate the grand wedding of Elizabethan aristocrats Sir Thomas and Lady Berkeley.

The date fixed to coincide with a conjunction of Venus and the new moon, references to which abound throughout the play. “Ill met by moonlight proud Titania” perhaps being the most famous.

This is not the first outlandish production. I can think of one performed live by the Beatles and another by Mickey Mouse and Donald Duck. But it is certainly the best.

As in the original, contemporary music is well used – thanks to musical director Steve Pretty.

Titania, a wonderful Victoria Elliot, is sung to sleep by her fairies only to fall prey to the machinations of her husband.

Stage veteran Peter Bourke is outstanding as Oberon and copes well with all the music and even an outsize Mayan carnival costume, which must be hell to wear if very good fun to see.

The ancient Mayans used narcotics to connect with the Gods in their dreams.

The comedy of the troupe of players within the play can often fall flat, but there is certainly no danger of that here.

The performances are all outstanding. And, for once, the Globe’s gender-blind casting actually succeeds.

Sophie Russell is the best Bottom ever seen, and simply wonderful to watch, as are her fellow players Rachel Hannah Clarke as a pop-eyed Snug, Jacoba Williams as Snout, George Fouracres as Flute and Nadine Higgin as Quince.

Be warned, if you sit in the front row, you may be brought up on stage to complete the troupe.

Traditionalists may be disappointed that there is no Puck, Oberon’s helpmate, in the sense of a single actor. Instead, the entire cast seem to take turns in encapsulating him – thankfully wearing Puck T-shirts to make this clear.

Surprisingly, this works, and it is hilarious as they take turns to blow drug darts at the aristocratic lovers wandering the forest.

These lovers are played by Shona Babayemi (Helena), Bryan Dick (Lysander), Ciaran O’Brien (Demetrius), and Nadi Kemp Sayfi (Hermia) and they run after each other with great skill and comedy.

Overall, this is a triumph. A palpable hit. And Director Sean Holmes deserves a Bafta.

Parking space near Harrods on sale for £250,000 – South London News