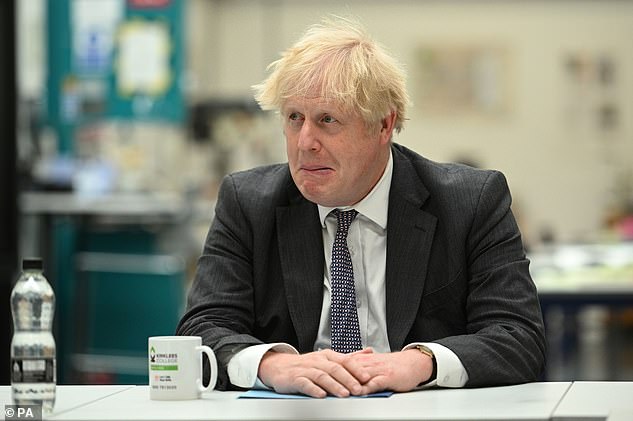 ALEX BRUMMER: What a way to ruin the railway

By Alex Brummer for the Daily Mail

Amid escalating costs and post-Covid pressure on the public finances, the Government is under increasing pressure to officially halt work on the Eastern leg of HS2 connecting London and Birmingham to Leeds which is due to open between 2036 and 2040.

Critics argue that HS2, a monumental piece of infrastructure and the biggest modernisation of Britain’s railways since Victorian times, is nothing more than a Boris Johnson vanity project – and a vast waste of money.

As with all infrastructure projects, the cost has soared from £32.7billion when the project was approved in 2012 (long before Johnson moved into Downing Street) to £107.7billion at last count.

Among the reasons for the surging costs are a series of environmental studies that required the contractors to build 45 miles of tunnels and 37 miles of viaducts to protect ancient forests and the countryside – and to ensure minimum disruption to life in the prosperous Tory shires. (Ironically, such expensive protective measures were not enough to prevent the Conservatives being given a bloody nose in the recent Chesham and Amersham by-election which saw the Liberal Democrats emerge victorious.)

There are, however, high political stakes at play here. Mr Johnson has put levelling up front and centre of his Government’s agenda.

Certainly any decision to axe the Leeds link will be seen as a wilful act of neglect in the ‘red wall’ constituencies in Yorkshire and the North East which voted heavily for the Tories in 2019.

An alternative case is often made that the North would benefit far more by investing in and modernising existing commuter networks as well as creating a fit for purpose trans-Pennine link. But in reality money already has been allocated for better local Northern connections. High on the agenda, after HS2, is another high-speed link connecting the Northern cities.

Critics of HS2 have been given renewed impetus by the pandemic, with a sharp drop in railway passengers and more meetings conducted digitally.

But all the evidence from Japan, pioneers in high-speed rail travel, and parts of Continental Europe is that investment in more efficient travel brings prosperity.

Commercial and residential housing development in and around the proposed stations for HS2 has already boosted investment in Birmingham, Leeds and Manchester, and the brownfield sites close to Euston station in North London.

When Britain’s biggest bank HSBC opted to base its new UK headquarters in Birmingham, the proposed connections and speed of travel between North and South were undoubtedly a factor. 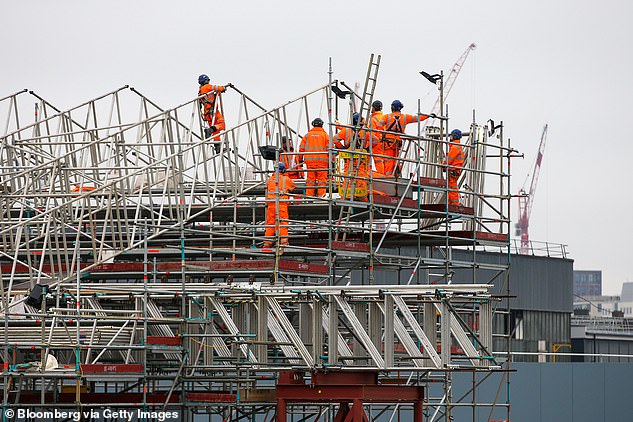 Critics of HS2 have been given renewed impetus by the pandemic, with a sharp drop in railway passengers and more meetings conducted digitally

Leeds already boasts an embryonic financial hub. Providing it with a superfast connection to London could see major financial and professional firms diverting to West Yorkshire.

A Tory Government has a respo-nsibility to safeguard the public finances, but one should not confuse current department spending, which must be financed each year, with capital projects funded over many years and which bring a great economic legacy. Paying for infrastructure is like buying a house on a mortgage over 25 or 30 years.

The UK is littered with brave but abandoned projects, including a 1970s plan and even foundations for an airport at Maplin in the Thames Estuary which by now could be relieving the pressures on an overstretched Heathrow.

It was axed because of the inability of successive governments to think long-term.

At its inception and through years of legislation, the proposals for a high-speed railway won support from both sides of the House. For decades green lobbyists have urged people and freight to get off the roads and on to trains. HS2 will do just that while delivering a great jobs and growth boost to Northern England.

Mr Johnson should stand firm on HS2’s Eastern leg and not allow himself to be dissuaded by the doubters and penny pinchers.

Sadiq Khan: Abuse and violence would have made me think twice about a political career