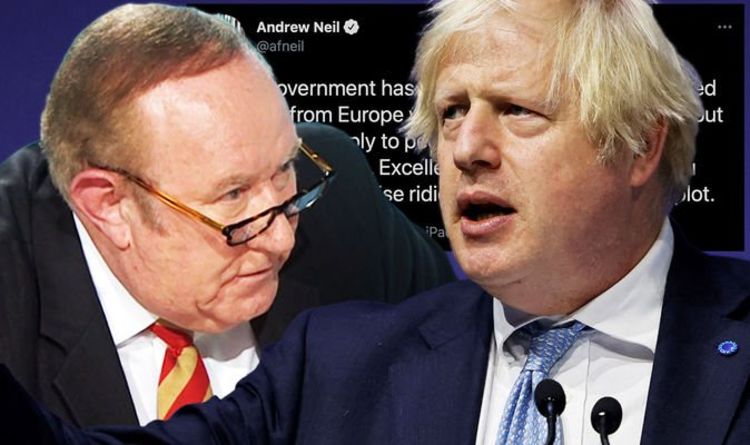 Alongside the EU, Transport Secretary Grant Shapps also said fully vaccinated travellers from the US and the European Economic Area (EEA) would no longer need to self-isolate for 10 days when entering Britain from 4am on Monday. But the veteran broadcaster claimed the move was “ridiculous” although he joked that since he is France this gave him an “excellent excuse not to return” to the UK in August.

France is currently considered an ‘amber plus’ nation and even those fully vaccinated must quarantine for 10 days and take both the day 2 and day 8 tests.

The political commentator on Twitter wrote: “The British government has announced that fully vaccinated travellers from Europe will be able to skip quarantine, but this does not apply to people arriving from France,

“Good news for me. Excellent excuse not to return thru August (sic).

“But otherwise ridiculous. BoJo has lost the plot.”

Labour also claimed there is a risk of allowing a new Covid variant to “run rampant” through the country from the move.

Shadow transport secretary Jim McMahon said: “The Government’s track record on our borders has been one of recklessness and confusion.

“They are in danger of continuing this by setting out changes in policy, applying to England only, without the scientific data and criteria we need to make sure we don’t see another Johnson variant run rampant through the country and damage the effort of the British public.”

But Foreign Secretary Dominic Raab said the relaxation of the self-isolation restrictions was a “smart, sensible” approach.

Virgin Atlantic said it received more than three times as many bookings for flights from New York to London compared with a week earlier, while total bookings across all its US to UK routes more than doubled.

The time period analysed is from when the new policy was announced on Wednesday afternoon until 9am on Thursday, and the same period last week.

“The news that self-isolation for fully vaccinated US citizens arriving into the UK will be removed from August 2 has increased consumer confidence, allowing our customers to finally plan a much-needed reunion with family, friends and business colleagues.

“Flight bookings are up by more than 100% week-on-week, with bookings from New York to London increasing by nearly 250%, compared to the previous week.

“We’ve missed flying our US-based customers and we’re excited to welcome them back on board soon.”

Rents rise across London as stock shortage takes its …

The Day – Monument to whalers vandalized in New London