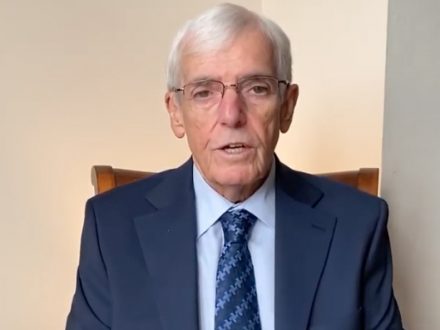 Former Royal College of Nursing chief executive and general secretary Dr Peter Carter has been appointed as chair of an NHS trust in West Sussex.

He has initially been recruited for a six-month term with the option to extend for a further three months.

The trust, based in East Grinstead, offers specialist reconstructive surgery and rehabilitation services, as well as a minor injuries unit.

Ms Hobson has been at the trust for seven years and reached the end of her two terms as chair earlier this year.

She agreed to extend her term of office while the trust discussed a possible merger with University Hospitals Sussex NHS Foundation Trust, but will now retire from the trust on 30 September.

The trust has said that work around the merger was “largely paused” during the coronavirus pandemic but that considerations were still ongoing.

“His experience will be a big asset in leading the board and the organisation through what will be an important period, ensuring the high-quality services the trust provides can continue on a sustainable basis in the future.”

Mr Alexander thanked Ms Hobson for the role she has played at the trust and the wider system and said her leadership had “played a crucial role in ensuring our populations receive high quality care”.

First becoming a student in 1968, Dr Carter trained as both a mental health and a general nurse and has held a range of roles from charge nurse to NHS trust chief executive.

Since leaving the RCN as its chief executive and general secretary in 2015, Dr Carter has been the interim chair of North Middlesex NHS University Trust, East Kent NHS Foundation Trust and Medway NHS Trust.

Prior to his role at the college, he was also the chief executive of the Central and North West London NHS Foundation Trust for 12 years.

In 2006 he was awarded an OBE for his service to the NHS, and at the 30th anniversary edition of the annual Nursing Times Awards in 2020, Dr Carter was named the winner of the prestigious chief nursing officers’ award for lifetime achievement.