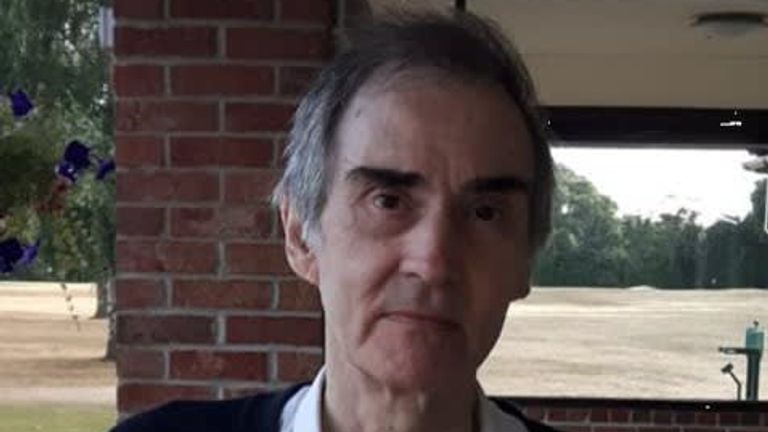 A cyclist who jumped a red light and killed a pedestrian has been jailed for two years.

Office worker Peter McCombie, 72, was crossing the road when one bike narrowly missed him before a second hit him causing fatal injuries. He died eight days later from head injuries.

Cyclist Ermir Loka, 23, was knocked off in the collision, but got back on his bike and rode off, leaving passers-by to tend his victim by the roadside.

This week Loka, an Albanian who was living in the UK illegally, was given the maximum jail sentence after being convicted of causing bodily harm by wanton/furious driving. He was acquitted of manslaughter.

Image:
Peter McCombie died from head injuries after he was struck crossing the road

Mr McCombie, a human resources administrator, was on his way home from work and was crossing the road on a green pedestrian light in Bow, east London, a year ago.

His family said in a statement: “The shock of losing him so abruptly, so suddenly, so unnecessarily, is something that will haunt us for a very long time to come.

“Peter still had so much left to do and enjoy with us and we have been robbed of that by the actions of this selfish man, who cycled into him and then immediately got up and fled.

“He left Peter laying in a busy road, seriously injured and thought only of himself at that time. That kind of cowardice is beyond contempt. The anger we feel towards him is beyond words. We cannot even bear to say his name.”

A police investigation established that the cyclist had eight seconds to stop as the traffic light turned from green to red as he approached it.

Footage of him cycling near the scene was published in an appeal to identify him and encourage him to call the police. He gave himself up 25 days after the crash.

Loka claimed that he fled after the collision because he had panicked about the consequences for his immigration status.

Mr McCombie’s family said after the trial: “He denied his actions and put us through the trauma of a trial, where we saw exactly what happened and lived our grief again and again.

“His actions are unforgivable. We are glad that the jury saw through his lies and that he has been convicted.”

Det Sgt Eddie Coleman, of the Metropolitan Police, said: “It can only be said that Loka’s actions were reckless and dangerous and entirely avoidable. If Loka had only just slowed and stopped at the red traffic light, we would not be here today.

“Peter McCombie was a fit and active man who had continued to work well past his retirement age. He was much loved by his family and friends and well-liked by his colleagues.”