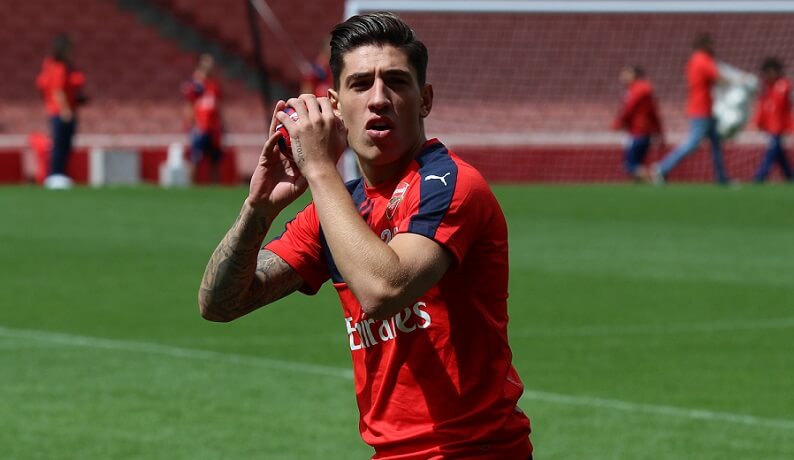 The agent of Hector Bellerin will reportedly travel to north London on Thursday to discuss a potential transfer with Arsenal as per the report in Italian outlet FcInternews.

The 26-year-old joined the north London club back in 2011 from the world-renowned Barcelona’s youth academy La Masía. The defender started his career brilliantly for the Gunners and was considered one of the best young right-backs in the world.

However, things did not go according to plan, after the Spaniard suffered a long-term injury a couple of seasons back. He has lost his way following the setback and struggled to find regular first-team action under Mikel Arteta last season.

Following a disappointing season, the defender is heavily linked with a move away from the Emirates Stadium this summer and Inter Milan are tipped to be one of the most interested parties.

According to FcInterNews, talks have stalled between the Nerazzurri and the Gunners regarding a potential transfer and Bellerin’s representative will travel to north London to discuss his client’s future. The negotiations with Inter will be depending on the outcome of this meeting and the Italian giants are hoping to sign their target for cheap, given the player’s desire to leave the club.

Arsenal will have to sort out the future of Bellerin as soon as possible. Cashing in on the Spaniard will be the right decision for the north London club, given the defender’s current form and his desire to move away from the Emirates club.

Meanwhile, Arteta is looking for a squad overhaul this summer, and cashing in on players will help him in his quest to sign other targets. With Granit Xhaka, Lucas Torreira and Alexandre Laccazette’s future also hanging in the air, the Emirates club will have to move quickly to execute the plans.

The Gunners will need to address the right-back position if the 26-year-old is to leave the club this summer and the Gunners can’t afford to waste a lot of time, given the face that the new season is less than three weeks away. So, there is plenty of work left to be done for the team management and time is not on their side.

Arteta will be under tremendous pressure to deliver this season after finishing eighth in back-to-back seasons. So, the Spaniard will have to urge the club to accelerate the outgoings in order to bring in all of his targets. Without proper reinforcements, the north Londoners might have to endure yet another struggling season and the manager will be blamed for that.