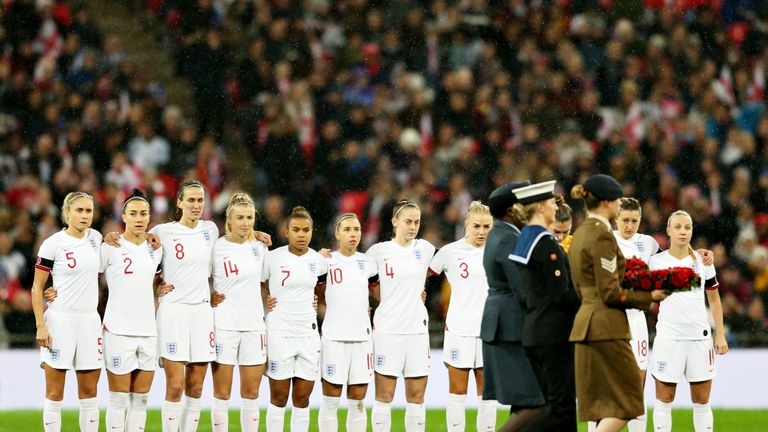 England Women will face Northern Ireland in a World Cup qualifier at Wembley on October 23 – the Lionesses’ first competitive match at the national stadium since it reopened in 2007.

Wembley has previously staged two England internationals – both friendlies against Germany in 2014 and 2019, while the stadium also hosted Great Britain at the 2012 Olympic Games in London.

England are now set to make their competitive bow at Wembley when they face Northern Ireland in a qualifier for the 2023 World Cup in Australia and New Zealand.

Baroness Sue Campbell, The FA’s director of women’s football, said: “Having the chance for our England team to play again at Wembley in a competitive fixture is so important.

“From a performance point of view, it will give us the chance to get close to a big-game occasion of the kind we hope our squad will experience at next summer’s home UEFA Euro.

“Having had such a challenging 18 months, the day will mean so much to our players and of course we hope the chance to play in front of so many fans will be something truly special.

“We have missed the supporters and let’s hope that things are heading in the right direction on that front.

Image:
An England Women record crowd for a home international of 77,768 attended Wembley for a friendly defeat to Germany in November 2019

“We want Wembley to feel like home for our England team and we want the players to be able to thrive when they run out to play.”

Sarina Wiegman is due to begin her tenure as England head coach after the ongoing Tokyo Olympics where she is in charge of the Netherlands.

Her first game is due to be the 2023 World Cup qualifier at home against North Macedonia on September 17, with the venue still to be confirmed, before travelling to Luxembourg four days later.

After hosting Northern Ireland at Wembley, the Lionesses will then travel to face Latvia on October 26.

Two home qualifiers against Austria and Latvia on November 27 and 30 respectively will follow, with the venues to be announced in due course.