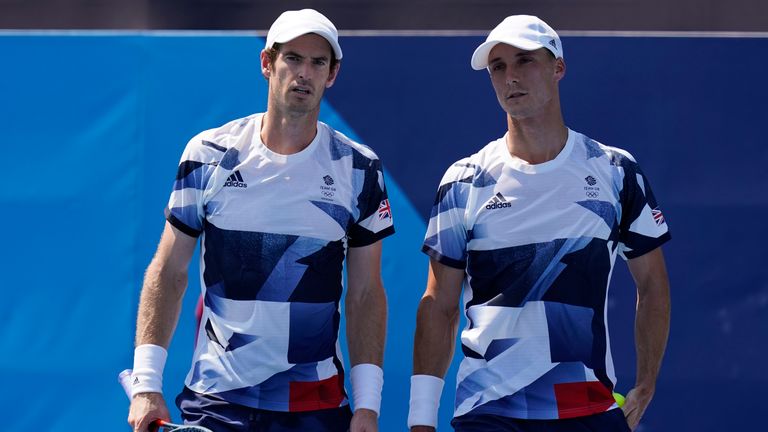 Andy Murray and partner Joe Salisbury stayed on course for an Olympic medal after victory in the men’s doubles took them into the quarter-finals.

Murray withdrew from the men’s singles with a minor thigh injury on Sunday, and his reward is a place in the last eight alongside two-time Grand Slam champion Salisbury.

The pair beat Germany’s Kevin Krawietz and Tim Puetz 6-2 7-6 (7/2) and the result keeps Murray on course for a third successive gold medal after he claimed the gold in the men’s singles at London 2012 and Rio 2016.

They will face either Frances Tiafoe and Rajeev Ram or Marin Cilic and Ivan Dodig in the quarter-finalist, while Murray’s brother Jamie and his partner Neal Skupski were beaten on Monday by the Japanese duo of Ben McLachlan and Kei Nishikori.

Britain’s remaining hope in the singles events is Liam Broady and he takes on Wimbledon semi-finalist Hubert Hurkacz in the second round later on Tuesday.

This is a breaking Olympics news story that is being updated and more details will be published shortly. Please refresh this page for the latest updates.