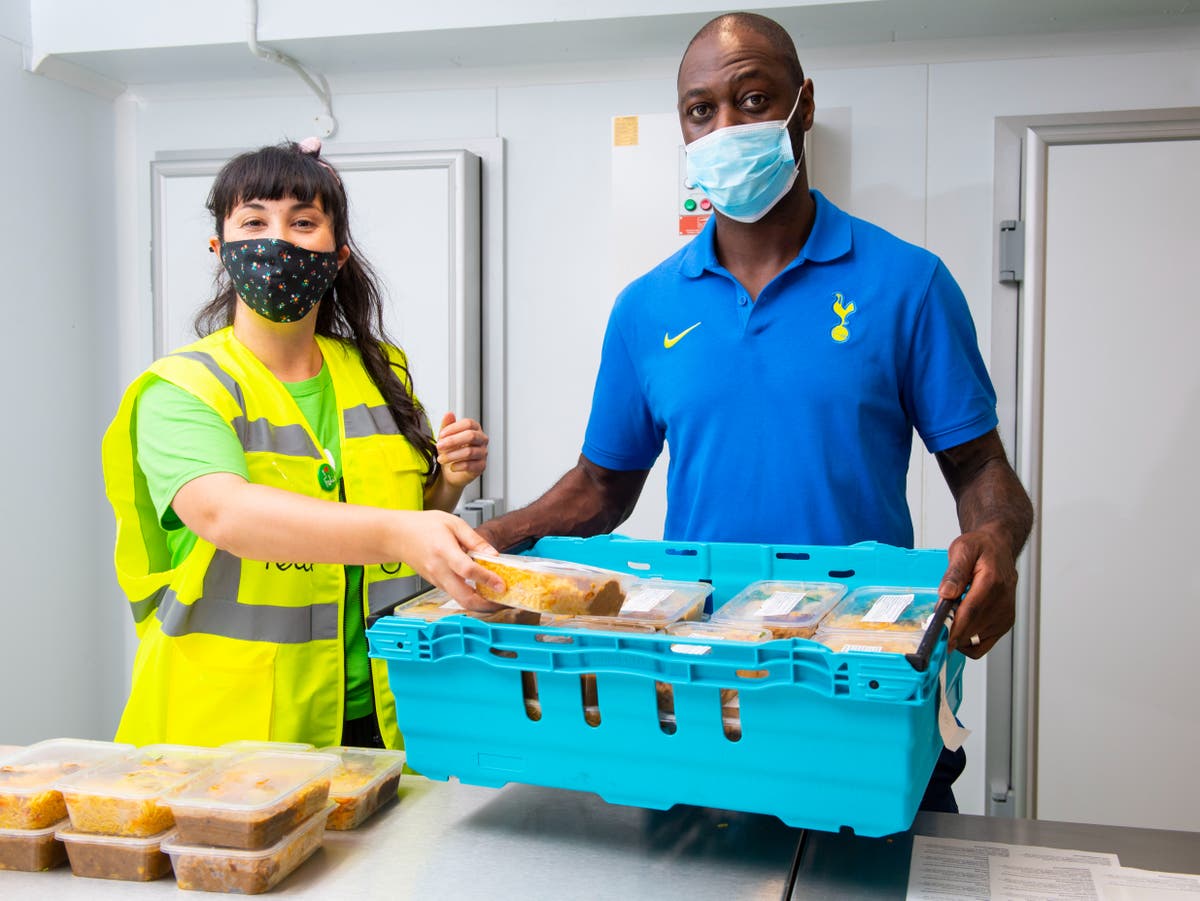 The huge social kitchen created thanks to the generosity of readers who backed our Help The Hungry campaign has served its first set of hot meals.

The site in east London’s Tower Hamlets, an area with some of the highest deprivation in Britain, will produce more than 1.5 million meals a year to feed hungry schoolchildren and vulnerable families across the capital.

With its fleet of vans, our charity partner The Felix Project will deliver the meals to a network of community groups – who will then ensure it goes to those most in need.

The kitchen, which is the largest charity social kitchen ever created in central London, was made possible by the donations of readers of The Independent and our sister title the Evening Standard, as well as a £1m donation from the London Dispossessed Fund.

Head chef Leon said: “It’s a very humbling and gratifying experience. This is something that we started 16 months ago before the first lockdown, where we cooked and delivered food to people who needed our support and now that’s moved into this kitchen, where we have the ability to cook well over 5,000 meals a day. That’s humbling.”

Local children are shown around the centre

On seeing the first meals being produced in the kitchen on Monday, The Felix Project’s founder Justin Byam Shaw, who is a shareholder in The Independent, said: “We intend this to be the biggest social kitchen in Europe. And we hope that people in cities and towns around the UK will copy our model.”

King, who said he understood how difficult it was for his mother to put food on the table when he was growing up, said: “As someone who grew up in the area, not too far, I’m very familiar with what it’s like to grow up in East London and I know what it’s like to go through what a lot of families here will be going through.”

During his visit, he said he had been “gobsmacked” by the amount of food being delivered to the site and redistributed.

Muhammad Ahyaan, aged four, on his visit to the Felix Project depot

“I had the chance to meet some of the chefs and they’re doing fantastic work. I also ate one of the meals and it was very good. I had chicken curry, cauliflower and some broccoli. So nice and healthy.”

Mother-of-two Mariana, 45, said the pandemic had been a “really difficult time” for her and she did not know what she would have done without the charity.

Our campaign, which won the National Press Awards’ campaign of the year earlier this month, has already supplied 29 million meals to more than 900 charities and schools over the pandemic.