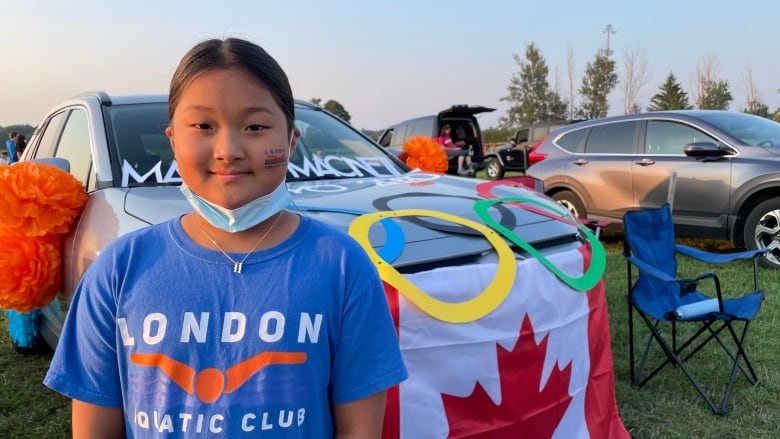 Mac Neil, 21, of London, Ont., made major waves at the Tokyo Olympics after winning the medal in the women’s 100-metre butterfly final, one day after winning silver in the 4×100 freestyle relay

Fans watched Mac Neil swim for her second medal on the big screen at the Oxford Drive-In Theatre, in Woodstock, about 50 kilometres east of London.

Kaitlyn Chen, 10, who swims with the London Aquatic Club (LAC) where Mac Neil trained for years, said Mac Neil is her swimming idol.

Kaitlyn Chen, 10, swims at the London Aquatic Club and looks up to Maggie Mac Neil, who is one of her idols. (Michael Charles Cole/CBC)

“She inspires me to go swimming and to go into the Olympics,” Chen said at the viewing event Sunday. “She never gives up … she’s really strong and really fast.”

Chen said as a young Chinese girl who swims at the aquatic club, seeing Mac Neil achieve her dreams in swimming inspires her to do the same. 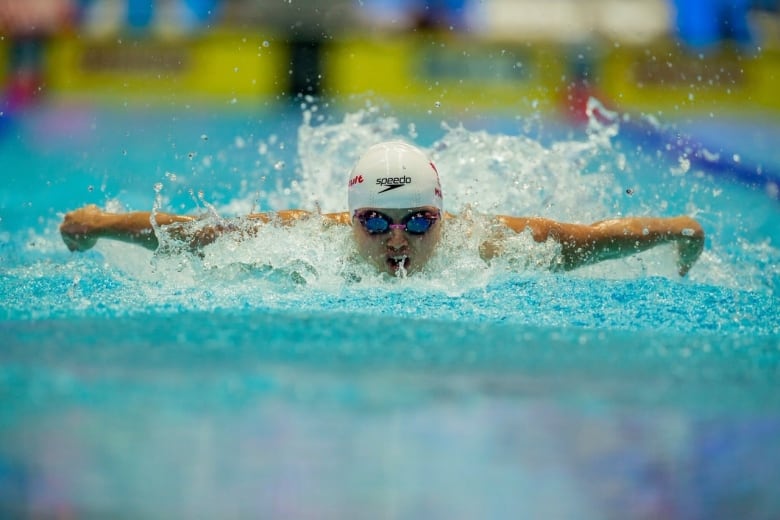 “We saw history, a fantastic race by Maggie,” Craven said. “It all came together for her tonight … we’re all just so proud.”

Craven coached Mac Neil from 2013 until 2018 when she graduated and left the club to attend the University of Michigan.

More than 100 vehicles were at the viewing event and almost 400 fans and friends were there to cheer on Mac Neil. 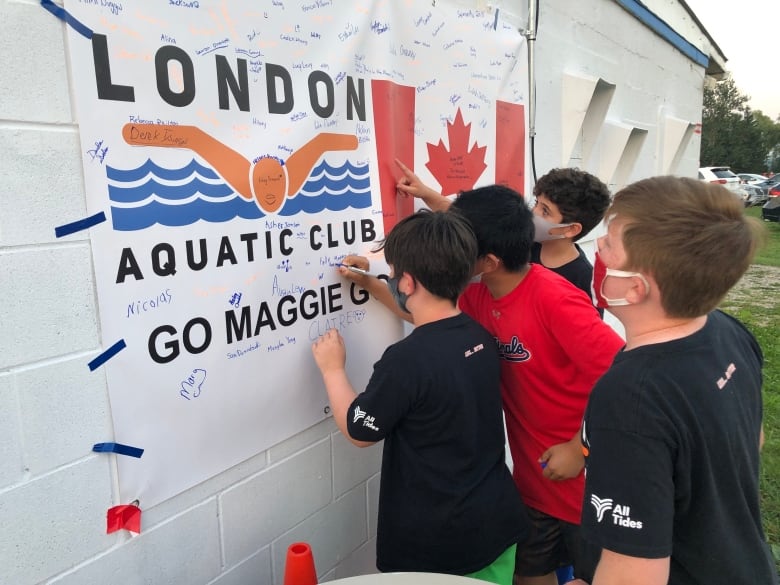 Xavier Look-Hong, a 12-year-old swimmer from London, also said he wants to follow in Mac Neil’s footsteps. “[Mac Neil] started when she was young and now she’s at the Olympics,” Look-Hong said. “That’s my goal too.”

The young swimmer said he looks up to Mac Neil for several reasons, and said her performance sets her apart from others.