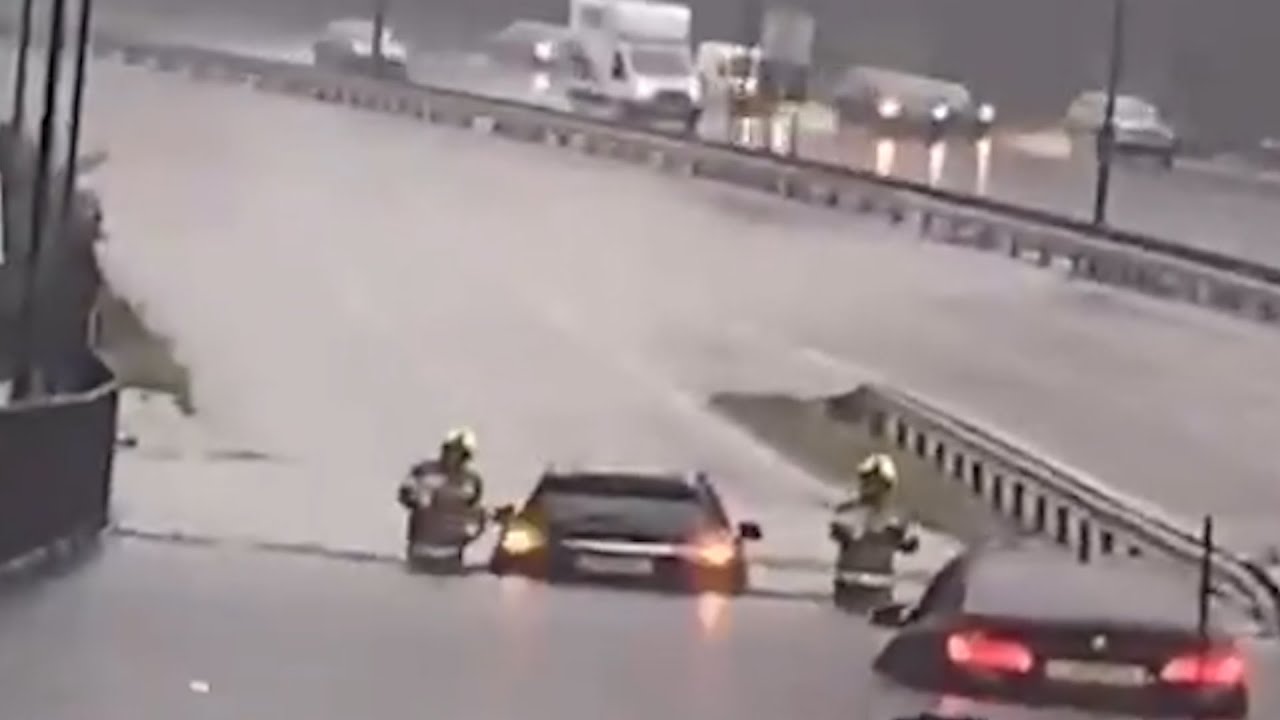 Fourteen flood alerts were implemented for most of the capital and some neighbouring counties.

Two hospitals in London were forced to declare critical incidents because of flooding on Sunday.

“Our Emergency Department has flooded in some areas. We’re still here if you need us but to help us while we fix things please attend a neighbouring hospital if possible,” Newham Hospital tweeted.

It’s the second time in a month that the capital’s streets have been underwater, with the fire service receiving more than 1,000 calls about flooding on July 13.

Eddie Elliott, a 28-year-old writer who was caught in the floods outside the station, said: “Having been born and raised in London, I have never seen anything quite like it.

“It stands out as the worst I’ve experienced personally, totally shut down the whole road with buses stood broken down in the water.”

IT consultant Jamie Curtis said he had to drive through water that was “12 to 18 inches deep” while driving through Clapham Common on his way home to Kingston, Hampshire.

“I’ve not seen that level of flooding in London before,” he added.

Other parts of southern England also suffered, with the town of Hoddesdon in Hertfordshire experiencing 50ml of rainfall in two hours.

Workers at the Stratford Centre scrambled to sweep away water after downpours hit, rendering flooded underpasses in places such as Walthamstow, Kingston and Worcester Park impassable.

Sky’s the limit – The Sky Residences at One Bishopsga…