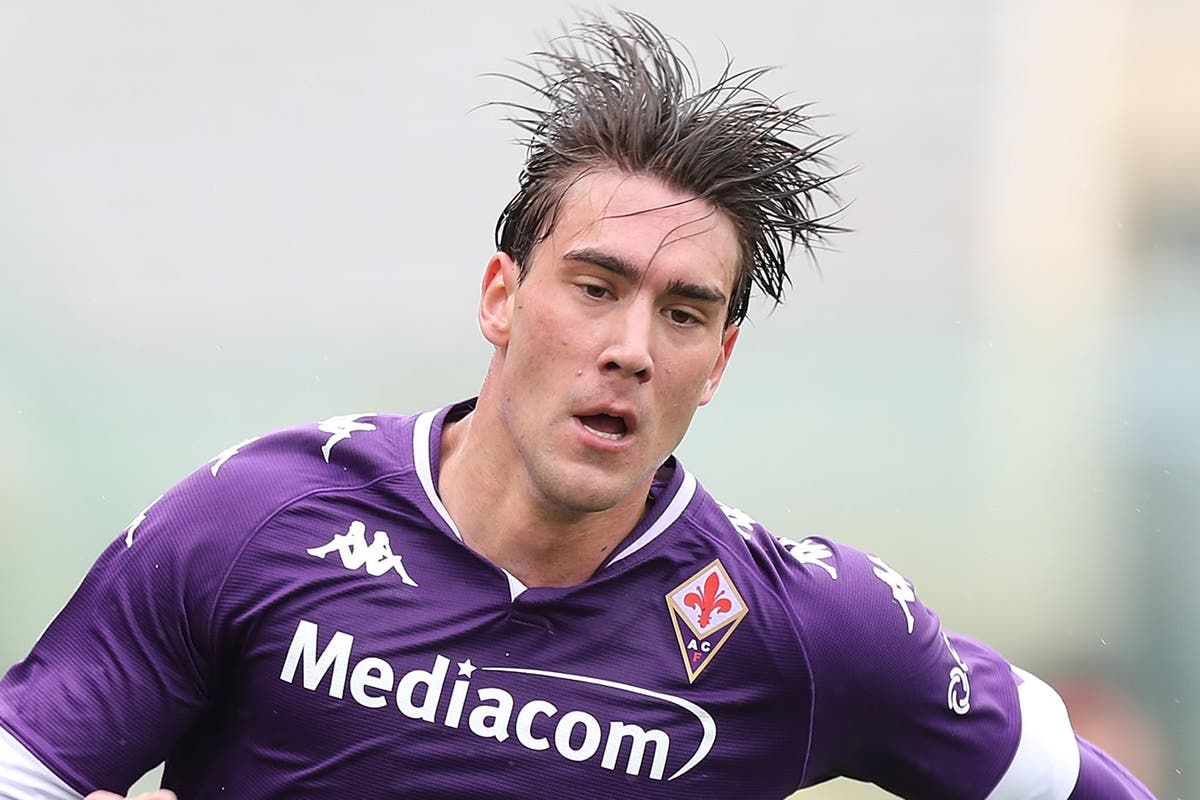 ransfer speculation surrounding rumoured Tottenham and Liverpool target Dusan Vlahovic is only set to increase further after the striker’s incredible goalscoring exploits for Fiorentina on Sunday.

One of the most highly-regarded young forward talents in European football, Vlahovic – who netted 21 goals in 37 Serie A appearances last term – has been frequently linked with a big-money move to north London as serious doubts continue to surround the Spurs future of England captain Harry Kane.

Liverpool have also been credited with an interest in the seven-cap Serbia international – whose current contract at the Stadio Artemio Franchi is due to expire in June 2023 – as the Reds seek to up the firepower available to Jurgen Klopp in a bid to regain the Premier League title from Manchester City, while the likes of Juventus, AC Milan and Sevilla are similarly believed to be chasing his signature in this window.

Vlahovic may well have added several million onto his valuation on Sunday after a remarkable performance for Vincenzo Italiano’s Fiorentina in their second pre-season friendly of the summer against fourth-tier outfit Polisportiva C4 Foligno.

Introduced at half-time of the match at La Viola’s training camp in Moena, the 21-year-old proceded to net no fewer than seven times in an extraordinary 45 minutes.

Fiorentina already led 3-0 before Vlahovic’s introduction thanks to first-half goals from Giacomo Bonaventura, Alfred Duncan and Jose Maria Callejon, with the striker’s incredible haul plus an own goal then wrapping up a memorable 11-0 demolition.

Tottenham have stepped up their recruitment drive since finally appointing ex-Wolves boss Nuno Espirito Santo as Jose Mourinho’s permanent managerial successor last month, with goalkeeper Pierluigi Gollini having joined from Serie A side Atalanta on an initial loan deal that includes the option for a permanent transfer next summer.

The club are also rumoured to have completed a part-exchange deal for exciting Spanish winger Bryan Gil that will see Erik Lamela and €25million head to Sevilla, while they are trying to negotiate a deal for Atalanta’s Argentine defender Cristian Romero.

However, it appears that Vlahovic is content to stay put for now as Fiorentina try to tie him down to a new long-term contract.

“I’m happy in Florence and work is the only way to success. Since the calendars came out we have been thinking about the [opening Serie A] match against Roma. We will start immediately giving 200 per cent, we will do our best,” Calcio In Pillole quoted the player as saying.

“I try to make myself available and to always learn. I hope to be able to do well again this year.”

Speed, verve and flexibility: how Brentford closed the gap on Chelsea | Brentford