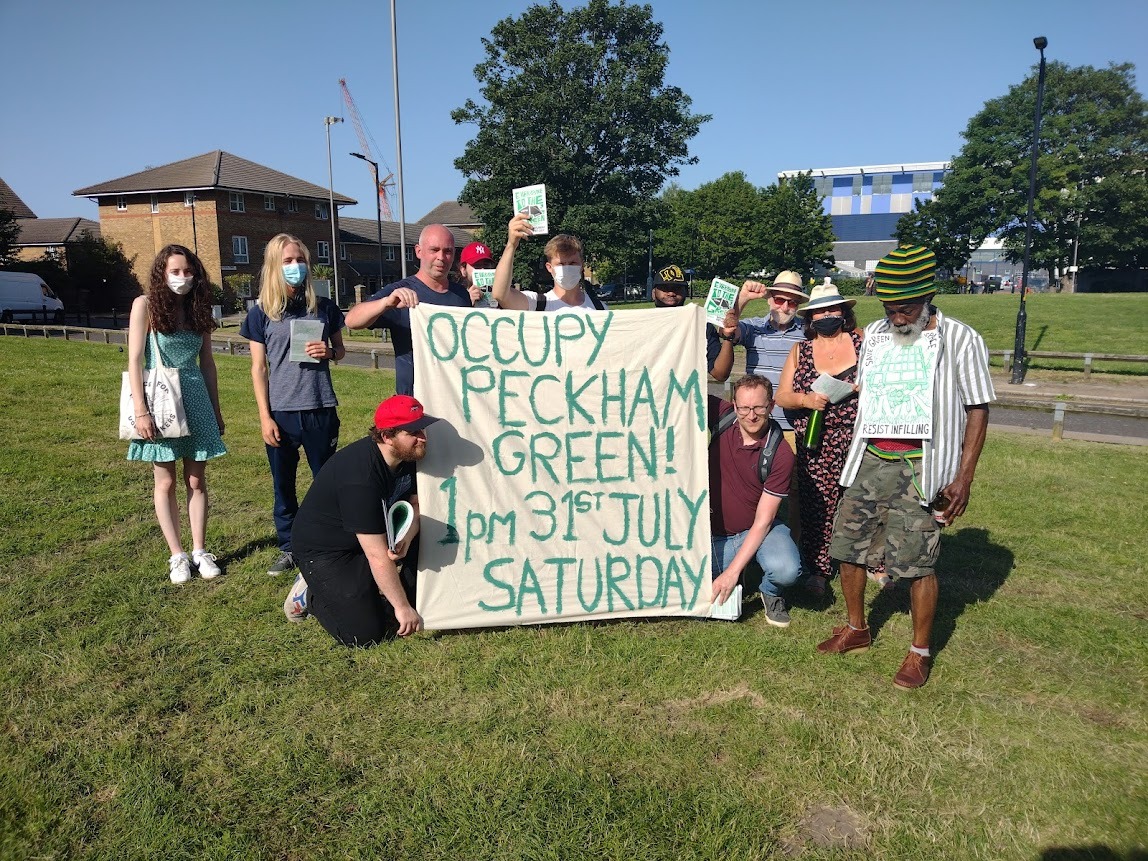 Campaigners are fighting to save green space in Southwark after the council outlined 28 estates in the borough on which it hopes to build new homes.

The authority wants to build houses on either rooftops or plots of grass on the estates and said the move was necessary to hit its target of building 11,000 council homes by 2043.

There are 15,000 households on the waiting list in the borough, with more than 3,000 in temporary accommodation – which is often substandard, unsafe and overcrowded.

But residents on the targeted estates say the council’s plans will disproportionately hit the poorest and most vulnerable, and that it should come up with a better solution.

According to the council’s housing strategy it will “consider the needs of the whole estate and how it will benefit from any new homes and associated works”.

But people afraid of losing rare bits of green space feel they haven’t been listened to.

When Southwark said it was planning to build on green and communal spaces on the estate, he and other residents got together to fight against it.

In the end, Southwark council backed down and said the plans were not financially viable – although Lewis thinks it was because the press got involved.

He said: “They have convinced the people that they own the land and in theory it’s their estate, but it’s not actually – it’s the people’s estate.”

The New York-born comedian said Southwark residents were at “tipping point”, that the borough was “having a paradigm shift”, and that the sitting Labour council could be on the way out.

He said: “The end of the ruling party will be like the end of Saddam [Hussein] or [Nicolae] Ceaușescu, they will be last to know until they are being slow hand clapped.”

After the success at Priory Court, he began warning other estates about the council’s plans and others are fighting back.

On July 14, the council assembly heard from Janine Below, a mum who lives just beside the Bells Gardens estate in Peckham.

The council is planning to build nearly 100 homes on green space, a third of which will be private, and a community centre.

At the meeting, Labour councillors rejected a call from the Liberal Democrats to put the scheme on hold.

The refused motion asked that the council give formal protection to the borough’s green spaces, including Peckham Green and Bells Gardens, “to ensure that they are not needlessly lost to developments”.

The plans for Bells Gardens include cutting down mature trees and taking away a ball court, where Janine’s son and other young people play. The council plans it to replace it with one half the size.

The council has already submitted a planning application for the site. It extended the consultation period, due to end in July, to the end of October.

But Janine said the original consultation was “biased and misleading”.

She said: “The council says ‘this is what the community wanted’, but they basically offered a small pitch or a smaller one – there was no other option.

“Rio Ferdinand’s dad used to live on this estate so he played here. It’s one of the only pitches that’s proper full-sized.

“Boys and girls want to be able to kick the ball properly. My 13-year-old son said [the smaller pitch] won’t work.”

The mum added that the community was angry. She said: “They wouldn’t do this in leafy middle classed Dulwich.

Councillor Stephanie Cryan, cabinet member for council homes and homelessness, said: “We have a duty to act in the interests of all residents in Southwark, thousands of whom are living in unsuitable or overcrowded accommodation, many with young children.

“We are in the midst of a national housing crisis, and with more than 15,000 households on our waiting lists, of which half include children.

“It is absolutely vital we explore every opportunity to build more council homes.”

Man, 42, fighting for his life in hospital after ‘serious assault’ in South London