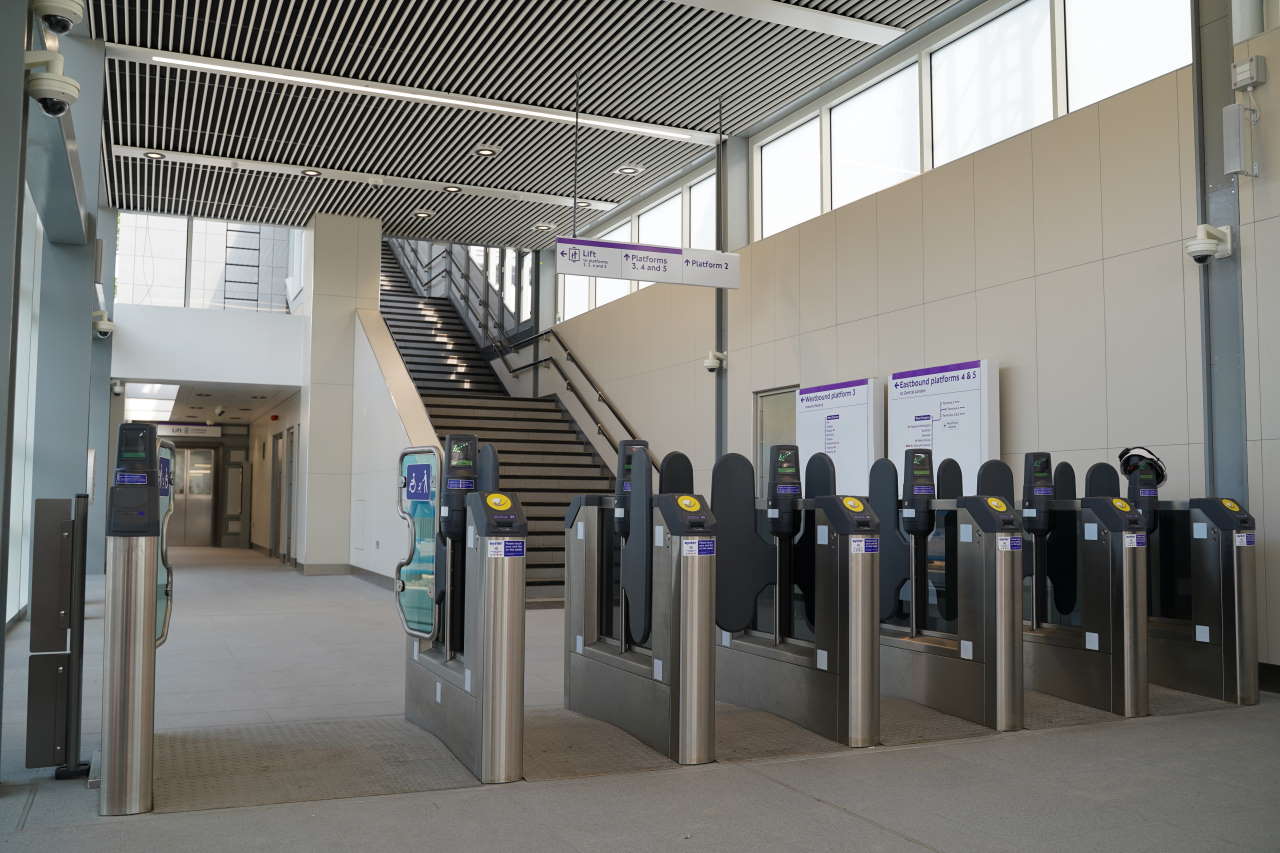 New lifts have brought step-free access to platforms at West Drayton station in the western suburbs of London.

The large-scale redevelopment has been undertaken by Network Rail as part of the work to open the Elizabeth line in 2022 and includes a new glass and steel extension providing an extra entrance, a new covered walkway and footbridge, gateline and also customer information screens.

Along with the new additions West Drayton also features a remodelled ticket hall with a contemporary glass and steel extension which opened on Tuesday the 20th of July 2021.

An extra lift has been included at the entrance to the station which links the low-level subway with the new concourse, which is also now open.

Staff are available at all times whilst trains are running with ramps available for those that need them to get onboard trains. Also, all of London Underground and TfL Rail stations run a ‘turn-up-and-go’ facility for customers needing assistance.

West Drayton station first opened on the 4th of June 1838 and is situated on the original Great Western Railway line. Today the station is served by Transport for London Rail services from Paddington and Reading, with stopping services run by Great Western Railway, and also two trains each hour to Didcot Parkway.

Over recent years the station has seen substantial transformation following the completion of the main ticket hall by TfL during 2019. Network Rail’s current station improvements have seen upgrades and an extension to the ticket hall providing much more space for customers along with a new entrance.

The glass frontage provides natural light, creating a brighter entrance and with the new ticket gateline replacing the narrow and cramped staircases, customers will find visiting the station a pleasant experience.

Extended platforms have also been part of the improvements and will accommodate the longer Elizabeth line trains which are over 200 metres long. Improved lighting and signage along with customer information screens and canopies on platforms will also add to the customer experience at the station.

The Elizabeth line is expected to open during the first half of 2022. On opening, customers travelling from Reading, Heathrow and central London will initially have to change at Paddington National Rail station to access Elizabeth line services from the new station located adjacent to Platform 1.

Once fully opened the Elizabeth line will operate through to Abbey Wood and Shenfield without needing to change between Paddington stations.

Rail Minister Chris Heaton-Harris, said: “Passengers at West Drayton station will now notice major improvements, including a more spacious entrance, new information screens and crucially, step-free access to platforms. These upgrades will benefit passengers immediately and are part of readying the stations for services to start on the Elizabeth line next year.”

Heidi Alexander, Deputy Mayor for Transport, said: “The improvements at West Drayton station will make a huge difference to passengers, with step-free access, a revamped ticket hall and increased space enabling better journeys for all. As we get ready for Elizabeth line services to start next year, it’s exciting to see changes being made at so many stations that will benefit customers for years to come.”

Howard Smith, TfL’s Chief Operating Officer for the Elizabeth line, said: “Customers using West Drayton station will notice quite a transformation in preparation for the Elizabeth line. Not only is there a new, lighter and brighter entrance making the station feel more welcoming, but the installation of lifts in this Victorian-era station vastly improve the accessibility and make journeys significantly easier for many.”

Tim Ball, Elizabeth line director at Network Rail, said: “With new station facilities and step-free access already opened at Acton Main Line, West Ealing and Ealing Broadway this year it is great news for passengers that West Drayton has now been transformed too. We were determined, along with our industry colleagues, to give passengers the benefit of step-free access as early as possible. The new extension merges modern architecture with the original station building’s long and rich railway history. It is a true transformation that will improve passenger journeys for generations to come.”

Lawrence Jackson, Managing Director, HOCHTIEF (UK) Construction Ltd, said: “We are delighted to have worked with the Network Rail team on West Drayton project to deliver to TfL a more modern and welcoming station providing step free access to its customers for the first time in the station’s history.”

Sophie Ellis-Bextor and Janet Ellis: ‘Having a famous mum was a high value currency when I was little’ | Family