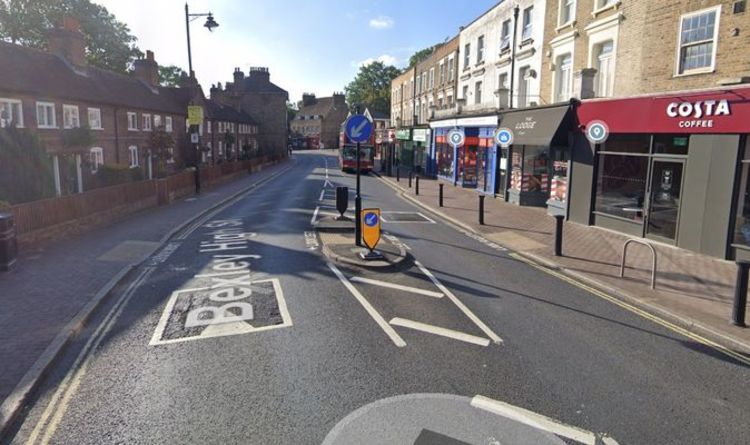 The incident took place shortly before 5.30pm on Bexley High Street in the London Borough of Bexley. Met Police officers raced to the scene after being alerted by the London Ambulance Service and found a teenage girl with multiple slash wounds.

The victim was airlifted to hospital for treatment.

The force said her injuries are not thought to be life-threatening.

Police said no arrests have been made.

An investigation remains ongoing and a large police presence remains at the scene.

Up to 10 police cars are reported to have responded to the incident, with vehicles parked in the middle of the road.

A police cordon has also been put in place around large areas of the busy street.

Routes have been closed this evening between Bourne Road and Parkhill Road.

A number of worried residents have shared their concerns on social media.

One user tweeted: “Prayers for our community tonight. #Bexley.”

A second wrote: “So a poor teenage girl has been stabbed in Bexley village. I hope to God she pulls through.”

A third wrote: “Anybody know what is happening in #Bexley this evening?

In a statement, the Met Police said: “Police were called by the London Ambulance Service (LAS) at approximately 5.28pm to Bexley High Street to reports of a stabbing.

“Officers attended the scene and found a 19-year-old female with slash wounds.

“At this stage, her injuries are not believed to be life threatening.

“Enquiries are ongoing and no arrests have been made.”