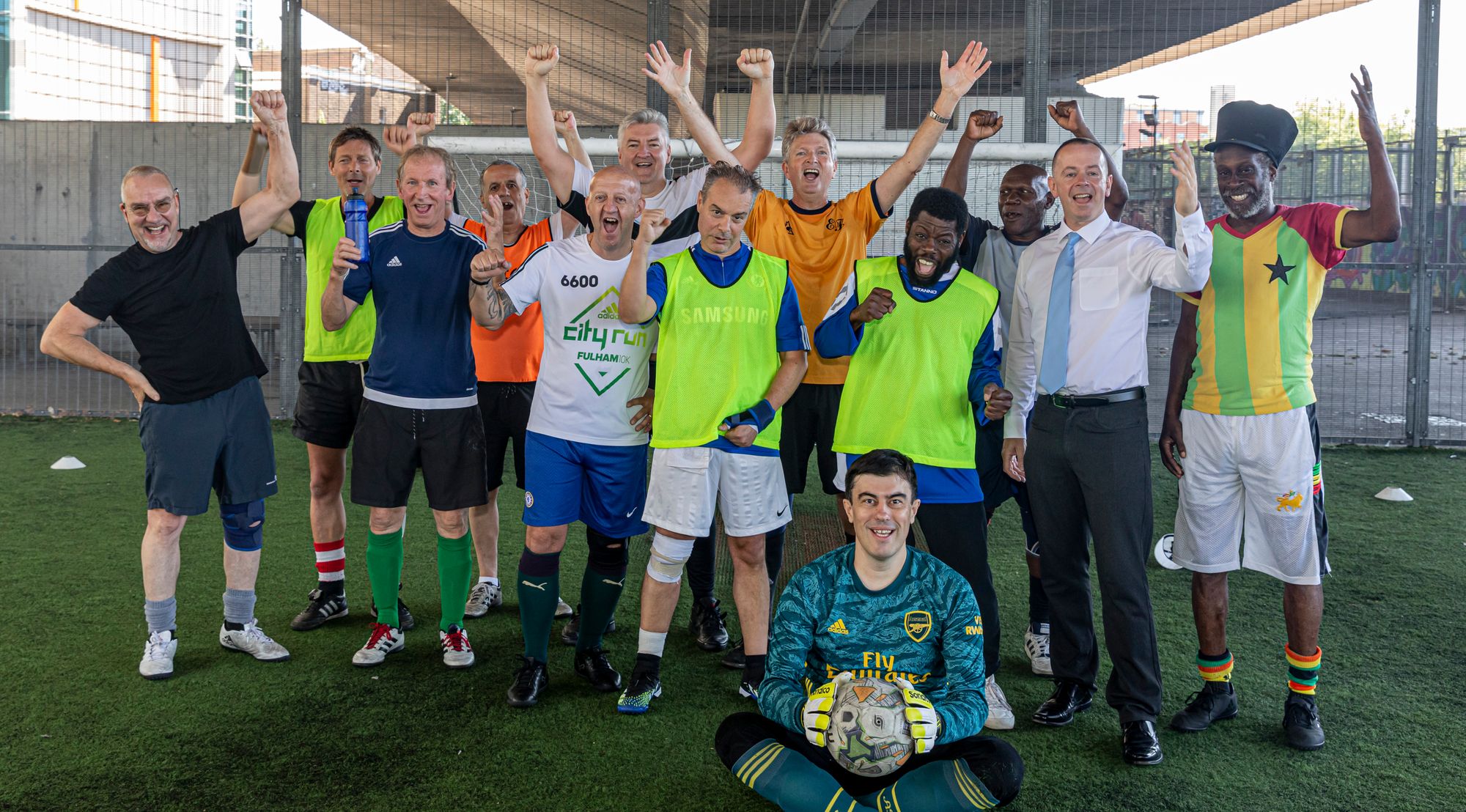 Submitted by the London Freemasons

As many as 150 older men in West London who are affected by isolation and loneliness will be taking part in a variety of social activities, including IT classes for beginners, walking groups, gardening and cookery sessions, thanks to a project part-funded by a £60,000 grant from London Masons to the charity, Open Age.

The Open Age’s Men’s Space Project, aimed at men over the age of 50 in Kensington and Chelsea, Hammersmith and Fulham, and Westminster, also runs very popular walking football sessions for those who love the beautiful game.

Older men often find it more difficult to engage with organisations like Open Age, making it much harder to reach and support them. Often, they may live alone and experience loneliness after the death of a spouse, while others are struggling to adjust to retirement or have health conditions that make socialising difficult.

Many Men’s Space members join the group experiencing symptoms of depression and anxiety, often having declined engagement with similar organisations. Some are unpaid carers for a family member or friend, which can make it more difficult for them to socialise.

Iain Cassidy from Open Age, said: “We’re very grateful to London Freemasons for their generous grant, which will allow us to continue to reach out to lonely and isolated older men across West London, giving them opportunities for social interaction, fun, and friendship.

“The benefits of this activity are measurable and clear and can have a massive impact on mental and physical wellbeing as well as general quality of life.”

London Mason, Adrian Fox, said: “I’m very pleased we’ve been able to help Open Age with their hugely important project helping older men who have been living with loneliness. It’s great that these new services will become available as our city continues to open up and summer arrives.

“This grant follows on from a recent £2.5 million donation to fund two ultra-high aerial platforms, six rapid response vehicles and four bariatric stretchers and earlier generous donations of £3 million to Bart’s hospital for the purchase of a Cyberknife and £2 million donation towards the second London Air Ambulance, all of which contribute to saving lives right across this great capital city.”

The grant from London Freemasons comes through the Masonic Charitable Foundation, which is funded by Freemasons, their families, and friends, from across England and Wales.