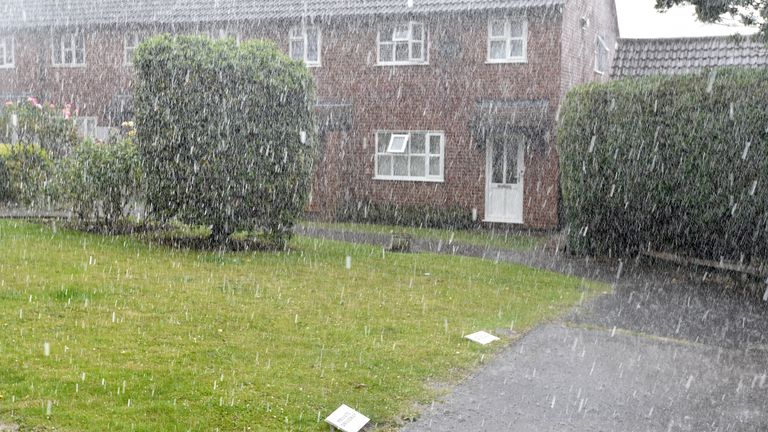 Police have warned of the dangers of swimming in open water after a teenage boy was found dead in a canal in West Yorkshire.

Officers were called to Stocking Lane in Knottingley at about 5.30pm on Tuesday to reports of a person in water.

They found a 15-year-old boy in the canal and pulled him from the water, but he was pronounced dead at the scene.

West Yorkshire Police is investigating the incident, with Detective Chief Inspector Tony Nicholson warning: “This has been a tragic incident in which a boy has sadly lost his life and I would like to advise people of the dangers posed by open water.

“Even on days as hot as we have had recently, canals can still be very cold and cold water can cause cramps in even the strongest swimmers.

“Currents created by boats and water movements around locks and weirs can also be dangerous. There may also be items lurking beneath the surface that could cause injury.”

It comes after a man died from falling down a cliff at Dorset beauty spot Lulworth Cove on Sunday.

An extreme heat warning is still in place across the South and southwest England, the West Midlands and Wales, with temperatures expected to reach 30C (86F) in London again on Wednesday.

A separate extreme heat warning has also been issued by the Met Office for Northern Ireland, which lasts until 11.59pm on Friday.

Tuesday saw the UK record its hottest temperature of the year so far when the mercury reached 32.2C (89.96F) at London Heathrow. 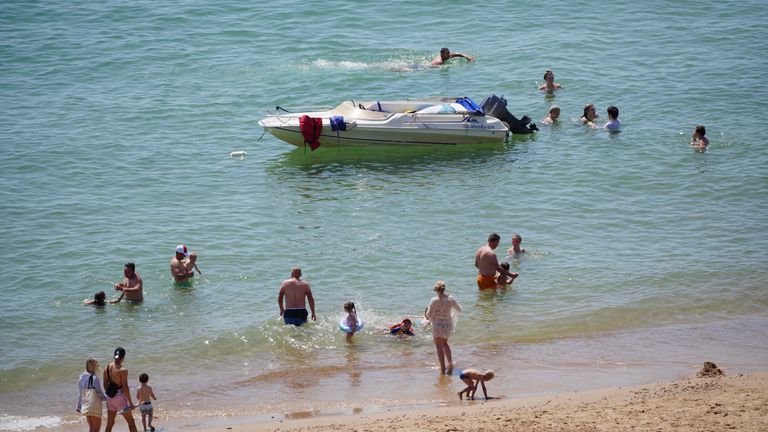 Image:
Crowds flocked to the beach in Bournemouth again on Tuesday

Although most of the country will stay warm, thunderstorms are expected in the east of England, with slightly cooler conditions in the North and Scotland.

As of 5am on Wednesday, the Environment Agency has 17 flood alerts – meaning flooding is possible – in place throughout parts of London, Nottinghamshire and Derbyshire.

The high pressure that has caused temperatures to soar nationwide this week is expected to lift by the weekend.