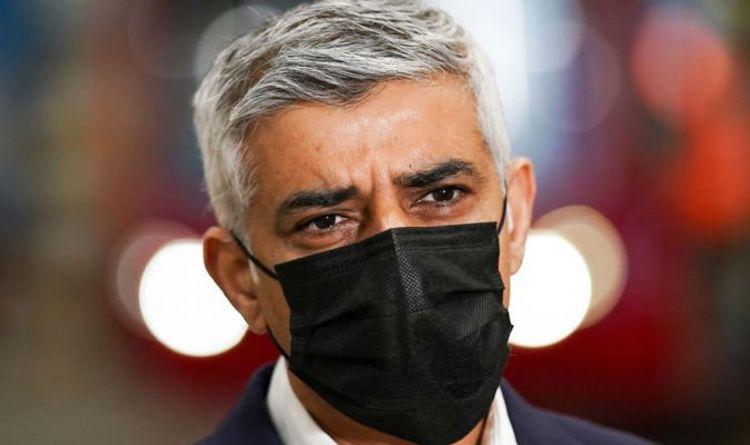 And Matt Vickers urged Labour’s London Mayor to ditch the “virtue-signalling rubbish” – and focus on the job in hand. Mr Vickers was elected MP for Stockton South in 2019, and also ran unsuccessfully for the post of Cleveland Police and Crime Commissioner in 2016.

He suggested Mr Khan bore some responsibility for a spate of fatal knife attacks in London which has resulted in the deaths of 21 teenagers this year, including 15-year-old Tamim Ian Habimana in Woolwich and Keane Flynn-Harling, 16, in Vauxhall within hours of each other earlier this month.

“He should be getting off his hobby horse talking about virtue-signalling rubbish and getting on with the day job.”

Mr Vickers added: “He is responsible for policing in the capital, and he’s not doing a very good job of it.

“There have been 38 police stations shut under his watch.

However, this year the number of violent teenage deaths looks set to be far higher.

In April this year, police forces across the UK staged a national crackdown on knife crime, deploying knife arches and sniffer dogs in busy areas and encouraging the public to hand in weapons.

At the time, Metropolitan Police Commander Alex Murray told the PA news agency: “We fully expect, as people come back onto the street, and with summer approaching, that people might be tempted to engage in violence, or the ingredients might be there.

“We’ve been spending a lot of the lockdown period preparing and getting ready to suppress as much violence as possible.”

Speaking at the time, Mr Khan said he is in “close contact” with Metropolitan Police Commissioner Dame Cressida Dick as her officers investigate the stabbings of the teenagers mentioned above.

He said: “I am heartbroken and appalled by the deaths of two teenagers in our city. Every loss of life leaves a family and a community devastated.

“My thoughts remain with the victims’ family and friends at this extremely difficult time.

“I am determined to do everything in my power to support the police and our communities to put an end to these horrendous crimes and keep our young people safe. This violence has no place in our city. It must stop.”

Express.co.uk has contacted the Mayor of London’s Office to ask for a response to Mr VIckers’ comments.