In the moments leading up to 19 July, people waiting in the nightclub queue counted down from 10. Then, as the clock struck midnight they cheered for the moment they’d been waiting for. The wait has been more than 480 days.

Hundreds of people turned up for the opening night, and the queue snaked round the corner.

Mostly people were excited to get out and about.

Image:
But there were mixed feelings with regard to safety, with some admitting feelings of apprehension

One clubber called Chloe said “it’s been such a long time and I can’t wait to get out on the dancefloor.” Another said he feels like he’s been “robbed” of more than a year’s worth of partying.

But there was also a feeling of apprehension, with several people feeling like clubs would inevitably close again. 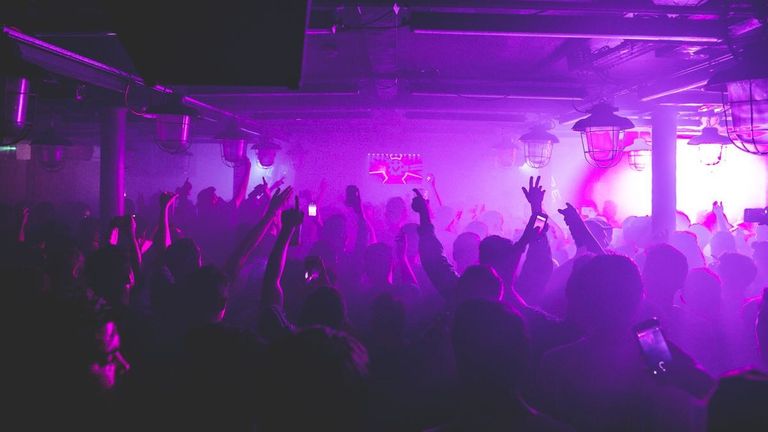 Image:
‘It feels like we haven’t lived the last year and a half,’ says one clubber

“We want to be looking forward to it now that we’re out and want to have a good time – but it doesn’t feel like that at the moment,” said clubber Annie, adding that she was worried about getting COVID.

Among those waiting in the queue were several 19-year-olds – waiting for their very first experience of a nightclub.

One of them, Henry, told me: “It feels like we haven’t lived the last year and a half. All the people who are older than us have told us about going clubbing and dancing and we haven’t had that – so we’re about to have it. We will finally feel our age.”

It hasn’t been an easy road for much of the night-time economy, with many clubs closing their doors for good.

Now, venues are struggling with what’s being called the “pingdemic” as large number of people are being pinged by the NHS COVID-19 app. 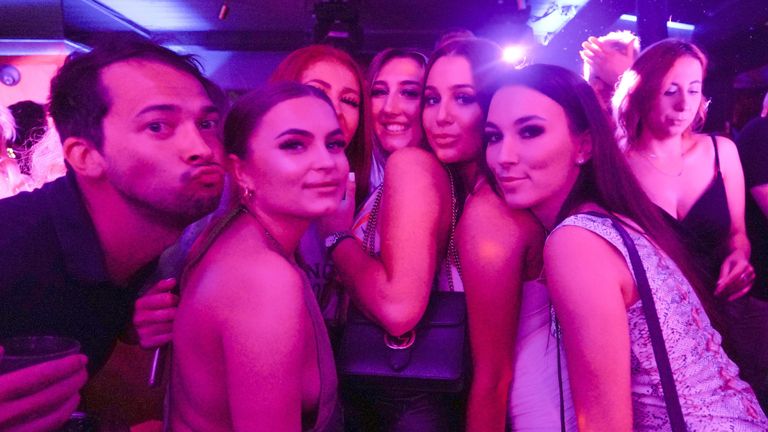 Image:
The celebrations continued across England. Here are people at Bar Fibre in Leeds

Charlie Gilkes is the co-founder of Inception Group which owns eleven night-time venues but three have had to temporarily close recently because so many staff have been forced to isolate.

He said “it’s almost lockdown by the backdoor”, adding that “we wait in perpetual anxiety”. Image:
And others queuing for the Viaduct Bar in Leeds, after the final legal coronavirus restrictions were lifted

The government is now advising nightclubs to ask for proof of double vaccination, or a negative test – but it’s not mandatory and there are questions about the practicalities.

Mark Davyd, CEO of Music Venue Trust, says vaccine passports in venues are “actually quite difficult to deliver”, adding: “You only need one person in the queue of 300 that doesn’t have the correct vaccine passport, and you have a block on that door.”