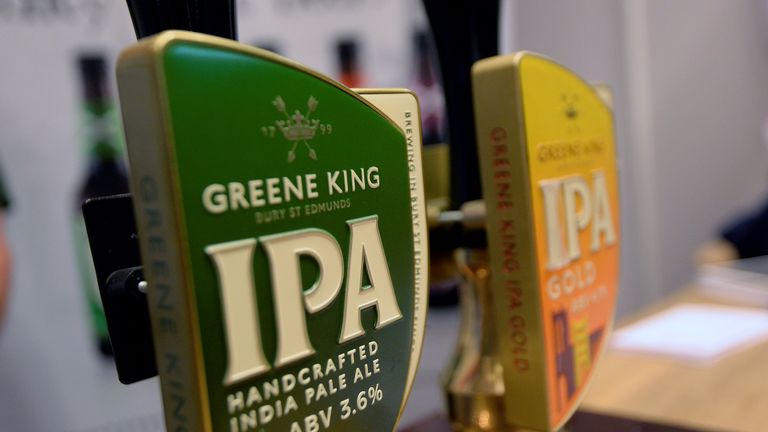 Iceland supermarkets and Greene King pubs have become the latest to be affected by the so-called “pingdemic” – which is disrupting businesses as workers receive alerts telling them to self-isolate.

Greene King said it has had to close 33 pubs in the past week while Iceland’s boss Richard Walker told the BBC more than 1,000 staff were off due to COVID and it has shut a number of stores.

Pub chain Wetherspoons told Sky News it had “maybe a couple of hundred” staff off and had not had to close any sites though in a few cases some had opened “a couple of hours later than normal”.

Elsewhere the AA’s chief executive Jakob Pfaudler emailed customers to apologise to those who “may have had a longer wait than usual” because call centres had been “impacted by the recent surge in the Delta variant”.

The carmaker’s parent company said in a statement: “The safety of our staff is of the highest priority at Stellantis.

“In order to protect our teams, our plant in Luton will move from three shifts to two shifts for the duration of this week”.

The latest updates add to the picture of disruption across the economy that has been reported in the past few days from the meat processing sector to car manufacturing and transport networks.

That has prompted calls from business leaders for an immediate change to the rules so that those who have been fully vaccinated from the virus do not have to isolate.

Business Secretary Kwasi Kwateng acknowledged that it was the “single biggest issue” being raised with him by company bosses but told LBC “there isn’t any movement on it”.

Mr Kwarteng said there had been no change to the 16 August date for when the self-isolation requirement for those who have been double jabbed will be eased.

However, rules for frontline health and social care workers are being eased. 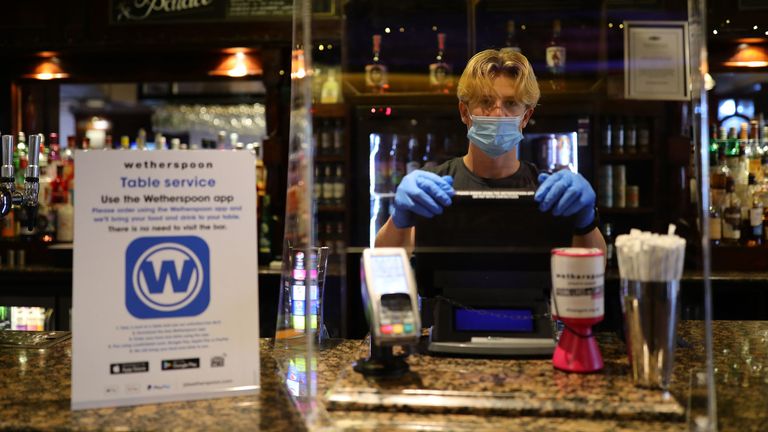 Image:
Wetherspoons said a few pubs have had to open later than normal

A spokesperson for Greene King, which runs 2,500 pubs, hotels and restaurants in the UK, said people having to self-isolate because of app alerts was “becoming an increasing problem”.

“In the last week alone we had to temporarily close 33 pubs, which is making it even more challenging to rebuild trade as we reopen and is very disruptive for our team members,” they said.

“Along with the rest of the hospitality industry we are calling on the government to roll out a ‘test to release’ scheme to impacted industries allowing people to continue working if they receive a negative lateral flow test result.” 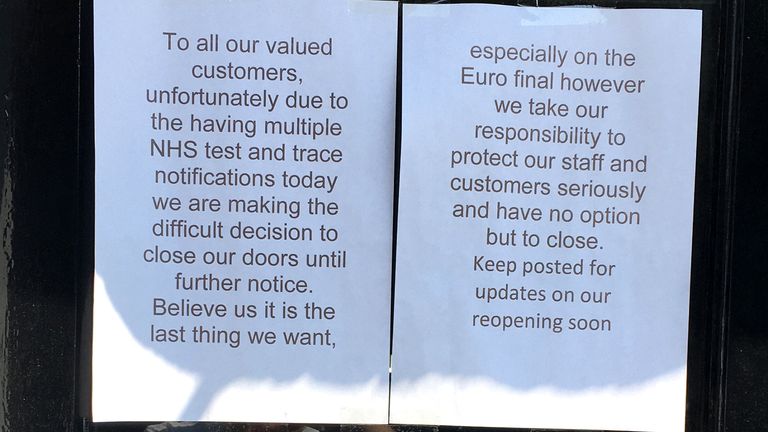 Image:
Pubs affected include the Rifleman pub in Sevenoaks, Kent, which has had to close over staff shortages It comes after rival Young’s last week said 350 of its staff were self isolating due to COVID rules.

Meanwhile, trade body UK Hospitality said about a fifth of workers in the sector were self-isolating.

Marks & Spencer chief executive Steve Rowe said at the weekend that the number of staff isolating meant the chain might have to reduce opening hours. 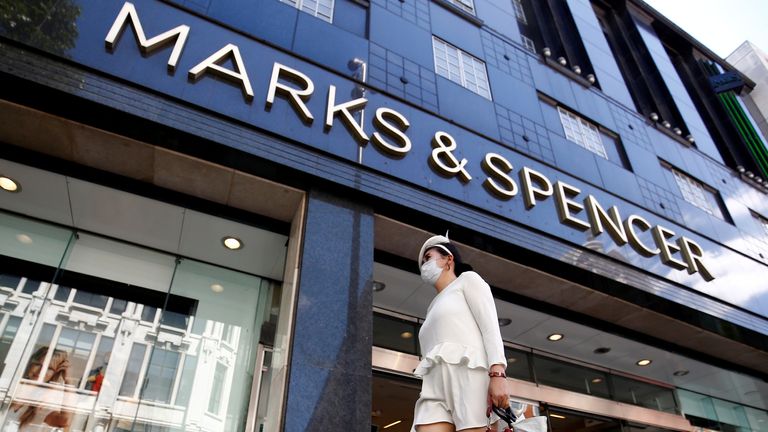 He warned it was a “major issue across every industry at the moment”, adding: “Our COVID cases are roughly doubling every week and the pinging level is about three to one of COVID cases, so we’re seeing that growing exponentially.”

Tim Morris, the chief executive of UK Major Ports Group, said a number of big port operators had reported 10% of their staff being work.

On Saturday, disruption to transport networks from the London Underground to buses in East Yorkshire was reported.

Last week, the British Meat Processors’ Association said it was also facing shortages and that if the situation deteriorated further some production lines might have to be shut down altogether.

At Britain’s biggest car plant in Sunderland, hundreds of workers were off self-isolating while at the other end of the country, Rolls-Royce Motor Cars said the situation had pushed it to a “critical point” which might mean it having to halve production.

‘The ice of grief is only just beginning to melt’: Inspiring women say meeting each other was ‘life-saving’ after losing husbands to same type...

Covid UK news – live: Train services to be reduced due to ‘pingdemic’ as new variant under investigation