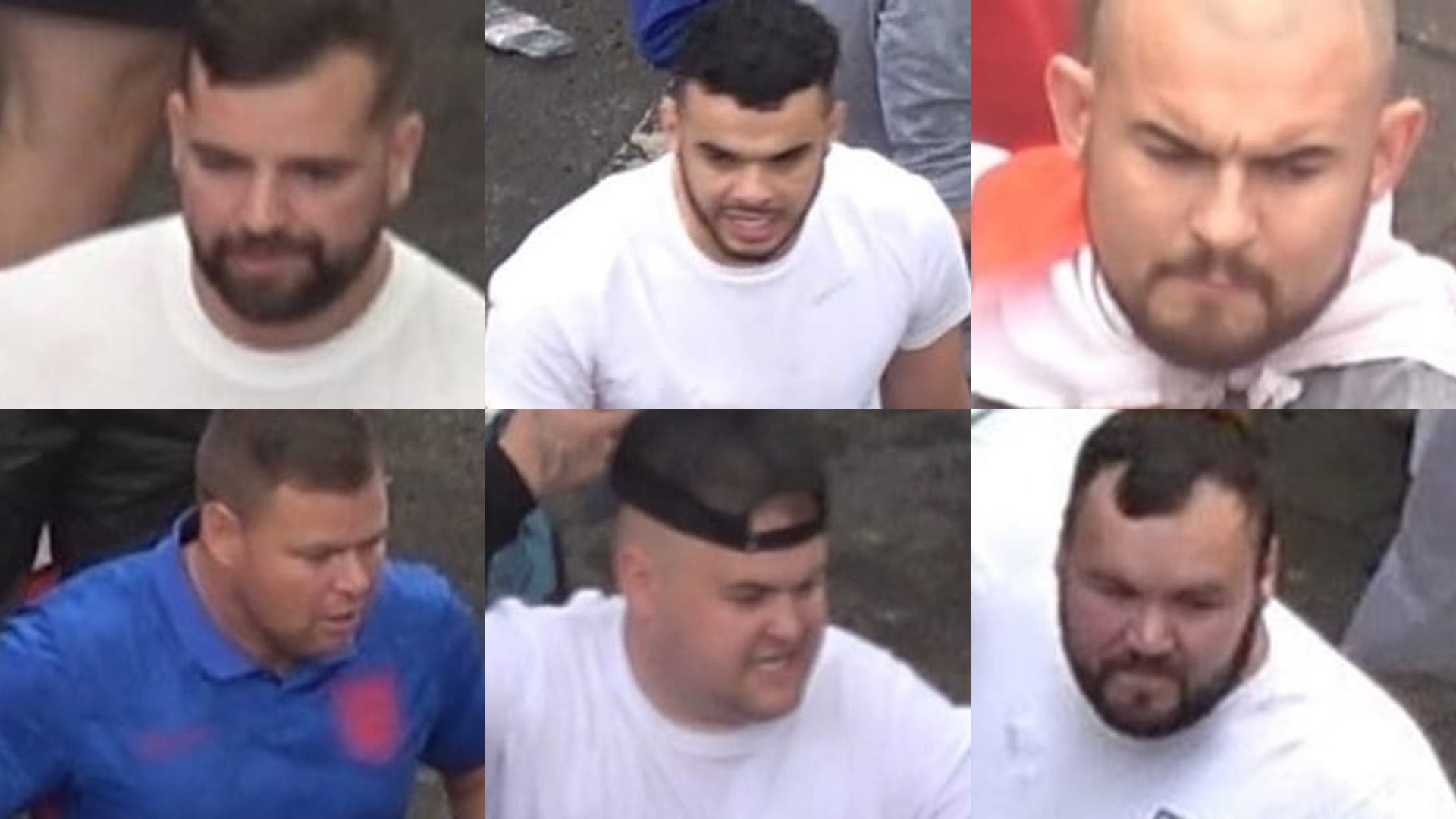 The Metropolitan Police has issued an appeal to help identify 10 men in connection to the violence and disorder seen at the Euro 2020 final at Wembley Stadium.

The detectives released the photographs of the 10 individuals after reviewing hundreds of hours of CCTV and body worn video content following the match on 11 July.

Last Sunday’s match saw ticketless fans fighting with stewards and pushing through barriers at the stadium before the match.

Detective Sergeant Matt Simpson, from the Met’s Public Order Crime Team, said: “Following the scenes of disorder both at Wembley Stadium and in central London, we made a commitment that those responsible would face consequences.

“Today’s action is being taken to help identify those who we think have questions to answer. If you know who they are, we urge you to get in touch as soon as possible.

“This investigation is in its very early stages and I am in no doubt that further appeals and arrests will follow.

“We also continue to support police action across the UK to identify those responsible for the racist and offensive comments posted on social media.”

The appeal comes after the Met Police announced on Friday that two men have been arrested in connection with the chaotic scenes at Wembley Stadium ahead of the Euro 2020 final.

The men were arrested over allegations they took items and shared them to enable people to get unauthorised access to the stadium ahead of the Italy v England final.