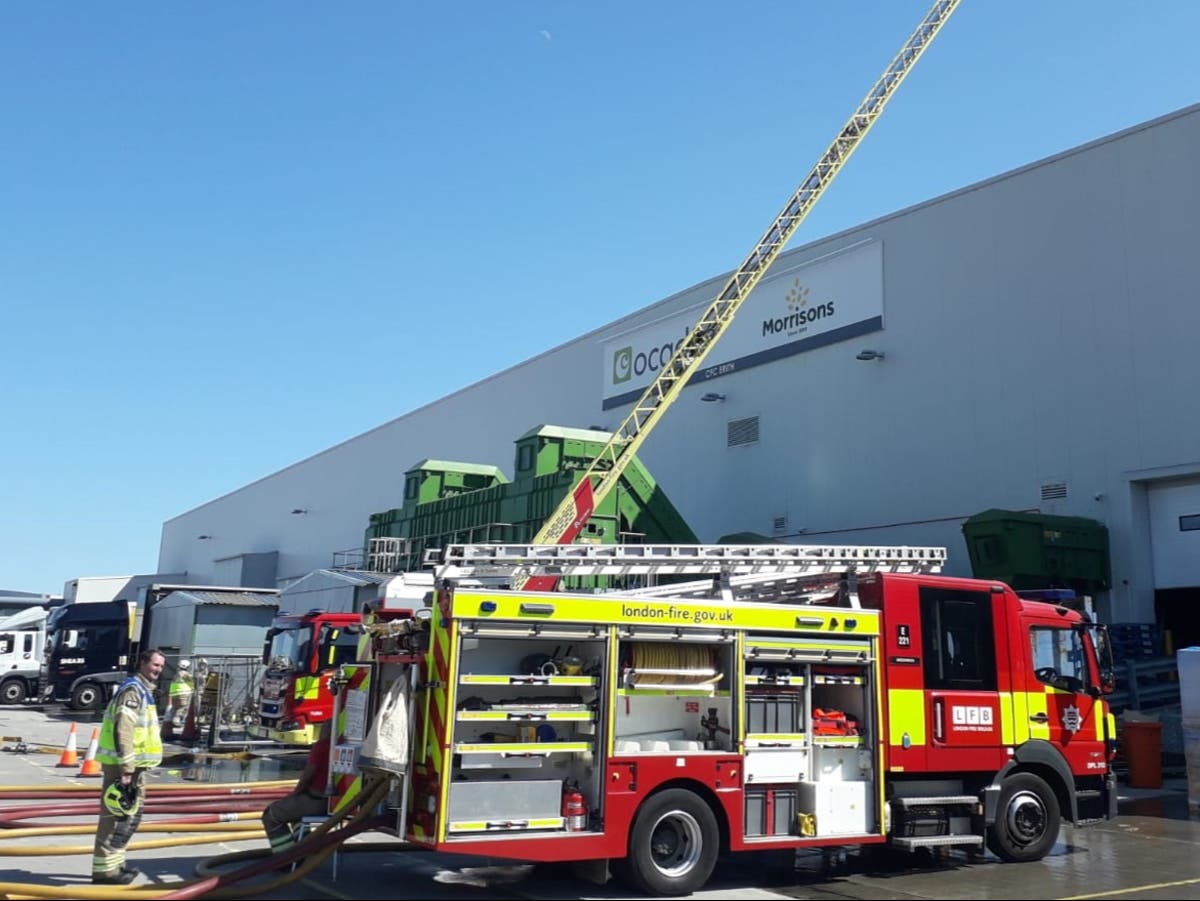 Ocado has apologised to customers for cancelling their orders because a major warehouse fire which reportedly broke out when two robots collided.

Around 100 firefighters and 15 fire engines tackled the blaze at the three-storey depot in Erith, south London, on Friday afternoon.

Hundreds of staff were evacuated but there were no reports of injuries.

The London Fire Brigade said the blaze was “very deep seated” but was under control by 2.17am on Saturday.

“Firefighters will continue to be at the scene into Saturday damping down hot spots.”

KentOnline reported that the blaze was sparked when two robots crashed on the grid system used to pack deliveries.

An Ocado spokesman told the news site: “This incident appears to involve the material handling equipment on the grid resulting in a fire and the evacuation of the building.

“While the scale of the damage is unclear, no one has been injured. While we expect some disruption to operations, we will work to restore normal service as soon as possible.”

Ocado also apologised to customers after it was forced to cancel some orders and temporarily block new orders.

Several people complained on Twitter that their orders had been cancelled despite living as far away as Winchester and East Berkshire. Others said they were relying on their deliveries because they were self-isolating with Covid.

“We’re really sorry,” Ocado tweeted. “Due to a major incident at our Erith warehouse some of our orders have been cancelled. Please be patient with us while we manage this. If this impacts your order, we will be in touch. Thank you.”

Two years ago Ocado lost an estimated £110m when a fire destroyed its warehouse in Andover, Hampshire. A small fire also broke out in a skip at the Erith depot a few months later in August 2019.