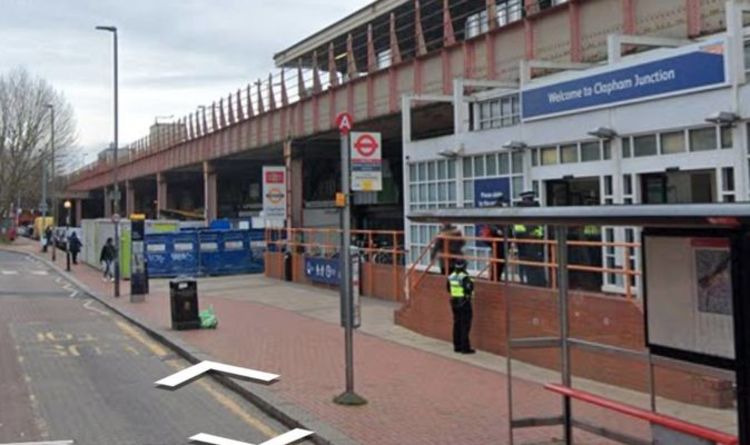 A witness wrote on Twitter: “On going incident Clapham junction/Battersea high street with police & Armed Police on scene Waiting for more information.” Footage on social media showed a number of police cars and vans behind what appeared to a block of flats near the station at 9.16pm today. Other footage showed the police were armed.

However, it has not been confirmed what happened yet.

It comes after the Met Police warned that the threat of a terror attack in the capital was “substantial” ahead of the Euro 2020 final this weekend.

The final that is due to kick off at 8 pm on Sunday 11 July will see tens of thousands of fans descend on Wembley Stadium.

Deputy Assistant Commissioner Laurence Taylor said: “The Met has been planning for Euro 2020 for some time, working with key partners in the Union of European Football Associations, the Football Association, the Mayor’s Office, and with policing partners in Counter Terrorism Policing, British Transport Police and City of London Police to ensure people and fans are safe and secure, prevent crime and disorder and respond effectively to any incidents.

“I should also remind you that the terror threat remains at ‘substantial’.

“This means that an attack is likely and I am asking the public to play their part toward security by remaining vigilant and reporting any suspicious activity or behaviour to stewards, security staff or police officers.

Wembley Stadium is thought to be having an increased capacity of up to 65,000 fans.

READ MORE: ‘Get off my TV screen’ Furious radio host rages at Dr Hilary in rant

“There are government guidelines in place and we ask people to follow these and remain socially distanced.

“We will enforce legislation proportionately and as appropriate and engage with crowds.

“But I urge people not to gather in large numbers.

“If you don’t have a ticket to the matches or fan zone or an official booking for a pub, bar or club my message is clear, please do not come to London, you could end up missing the game.

“Many pubs and bars right across London are screening the matches and attracting large numbers of fans.

“The Met licensing officers have been visiting such venues to talk to staff about how they can keep their customers safe and deal with any risks arising from disorder and anti-social behaviour as well as helping vulnerable people get home safely.”

‘Remarkable’ boy, 13, with 26-year life expectancy cheers on footballing twin brother even though it hurts