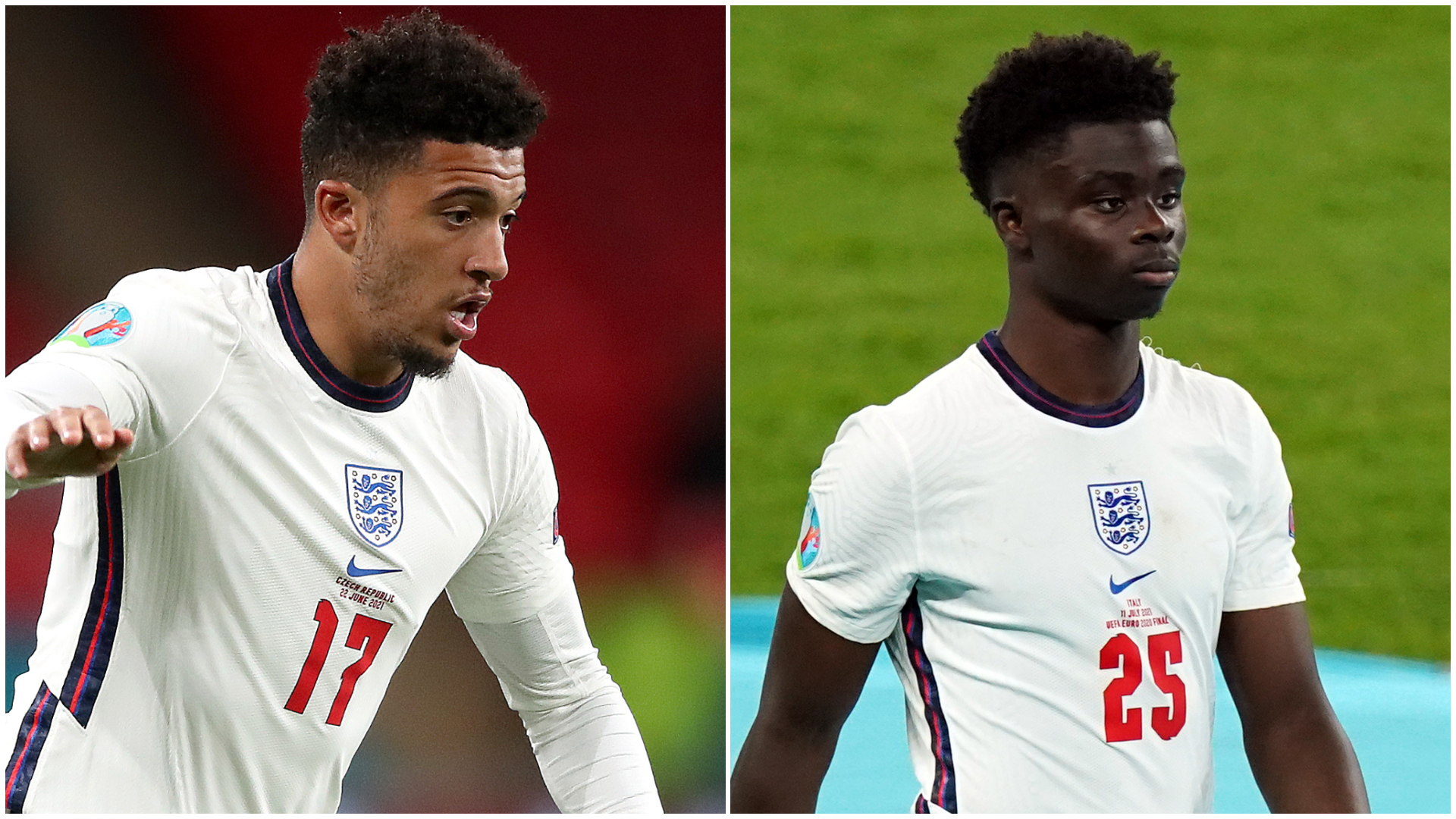 England’s Euro 2020 football stars are being granted “freedom” of their London boroughs.

Camberwell-born Jadon Sancho, 21, will be granted the honour by Southwark council while Ealing boy Bukayo Saka, 19, will also get the award, becoming the youngest person to ever receive the freedom of the borough.

Alongside a picture of Sancho in his 2011 Team Southwark strip, leader of Southwark Council Kieron Williams wrote on Twitter: “Delighted to announce our intention to give @England star, national hero & former Camberwell resident Jadon Sancho Freedom of the @lb_southwark.”

He added: “What a journey he’s been on since.”

England left-back Luke Shaw – who scored the fastest ever goal at a European Championship final to put England ahead against Italy on Sunday night – and midfielder Declan Rice were both born and raised in Kingston-Upon-Thames.

Rice played football at the YMCA Dickerage Centre in New Malden and is a local hero among the kids who play there today.

Kingston council say it would also ensure teammates Declan Rice and Luke Shaw were honoured in a similar way.

Ealing Council, Peter Mason said England winger Saka has been nominated for the freedom of the west London borough. “I hope this will send a clear message that Saka is #Ealing’s own, that we are proud of him, and that is one of our heroes,” he said.

Ealing North MP James Murray said this week: “We in Ealing North are so proud of our local hero Bukayo Saka who grew up in Greenford and has shown inspiring courage and bravery.”Sancho, Saka and Marcus Rashford were targets of racist abuse on social media following England’s defeat to Italy in a 3-2 shootout.

England manager Gareth Southgate described the racist abuse as “unforgivable” while Harry Kane said the perpetrators were “not England fans”.

Saka challenged social media platforms to step up their efforts to tackle racism after falling victim to online abuse in the wake of England’s Euro 2020 final heartache, and a petition to serve racists with a lifetime ban from football games has gained more than one million signatures, making it one of the most signed online petitions ever.

Jason Sudeikis showing his support for Sancho, Rashford and Saka at the premiere of Ted Lasso. Credit: AP

Ted Lasso star Jason Sudeikis shared his support for the England players subjected to racist abuse. The US actor plays a folksy American football coach parachuted into a struggling English soccer side in the hit Apple TV+ comedy.

Man who killed his father in Ealing is sentenced