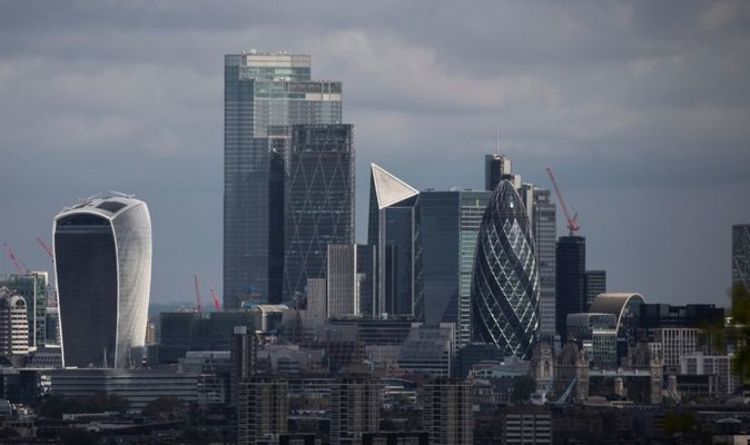 While some have warned of the exodus of financial firms from the capital, the banking cooperation has pledged its confidence in post-Brexit London. Although some firms have moved offices to Frankfurt and Paris, Richard Gnodde revealed his confidence in Britain’s future and ability to compete with other European markets. He said: “We put this building in place through the Brexit period and it really underscores our confidence that London will remain one of the world’s leading financial centres.”

He told the BBC: “Eliminate duplication and unnecessary excessive reporting.

“Let’s do what we have to do to have effective regulation.

“But let’s cut out some of the bureaucratic elements to enable firms to use their capital resources efficiently.”

He said: “Sometimes being a smaller fish is an advantage.

“Your level of paranoia goes up – you need to move to innovate, to create.

“Look over the last century and the issues that this country has been through and we’re absolutely confident that the people of Britain will take it forward again.”

“We have to build and create new opportunities.”

Due to this, many have called on the UK to target markets in Asia and in its post-Brexit future outside of the bloc.

Negotiations over a memorandum of understanding ended in March with both sides agreeing to continue financial collaboration.

In a speech at the beginning of this month, Chancellor Rish Sunak claimed the UK will retain high regulatory standards despite not reaching an agreement with the EU.

He said in a speech at Mansion House: “Our ambition had been to reach a comprehensive set of mutual decisions on financial services equivalence. That has not happened.

“The EU will never have cause to deny the UK access because of poor regulatory standards.

“Take firms like clearing houses, which are fundamental to the open, free markets that we advocate.

“The UK already has one of the world’s most robust regulatory regimes for central counterparties.

“And our plan is not to weaken but strengthen that regime, because we believe in high-quality regulation.

“It is also entirely within international norms for like-minded jurisdictions to use each other’s market infrastructure.

“So I see no reason of substance why the UK cannot or should not continue to provide clearing services for countries in the EU and around the world.”

‘I remember trying to run away and nearly breaking my leg’: First Black woman to serve in Met police dies aged 83