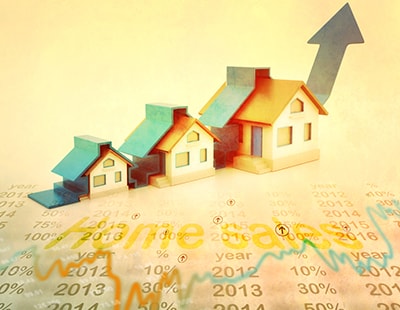 Over a fifth of properties have risen in value by more than the average salary according to a calculation made by Zoopla.

Homes in the south east are the second highest top earners compared to the average salary. Twenty eight per cent of properties increased in value by more than the average regional salary of £32,900 over the last 12 months.

London, which many may have expected to come top, comes third on the list, due to the higher than average salaries earned there. Nearly a quarter of homes in the capital went up by more than the average London salary of £37,300 in the past year.

Despite homes in the north of England and the Midlands rising less in monetary terms than their southern counterparts, the lower house prices in these regions and the pace of house price growth means a notable proportion of homes are still rising at a higher level than local salaries.

The shift among some homeowners from urban to more rural living during the pandemic has also resulted in house prices rising faster than local salaries in more rural and coastal areas.

In Hastings, East Sussex, no fewer than 62 per cent of homes increased in value more than the average salary in the area of £25,800 in the past year. The figure is 60 per cent in Adur, also in Sussex.

Meanwhile, Dorset saw 47 per cent of homes increase more than the average salary. The figure is 46 per cent in the Cotswolds.

“As our agent partners know better than anyone, there’s been strong demand from home buyers since the market reopened after the first lockdown in May last year, compounded by the search for space and the stamp duty holiday” explains Andy Marshall, chief commercial officer at Zoopla.

“The impact this has had on house prices means that one in five homes in the UK have risen in value by more than the equivalent of a years’ salary over the space of 12 months. For homeowners, we’d encourage them to contact an agent directly for an expert market valuation to see how much their home has earned and discover whether now is the time to cash in.”

Essex crime: Woman on c2c train near Barking ‘spat at’ by man who ‘trod on her foot’ on London Underground