Three people were injured and several officers had to be treated at the scene in Colindale, north London (Picture: Alamy Live)

A young girl is one of three victims who were attacked with acid at an apartment in north London.

The 10-year-old, along with a man, 43, and a woman, 36, were all rushed to hospital after a ‘stranger’ is understood to have thrown acid on them shortly before 7.20pm last night.

All three have since been discharged from hospital and their condition is not thought to be life-threatening.

Several officers who rushed to help the victims at the property in Beaufort Park, Colindale, also had to be treated at the scene ‘for the effects of the substance’.

None are in a serious condition, the Met said.

Shocked residents in or near the block where the attack took place, said they believed three people were attacked after a ‘stranger’ knocked on their door and threw the substance.

Footage shared on social media shows officers pouring bottles of water over colleagues in the street in an apparent attempt to wash off the corrosive substance. 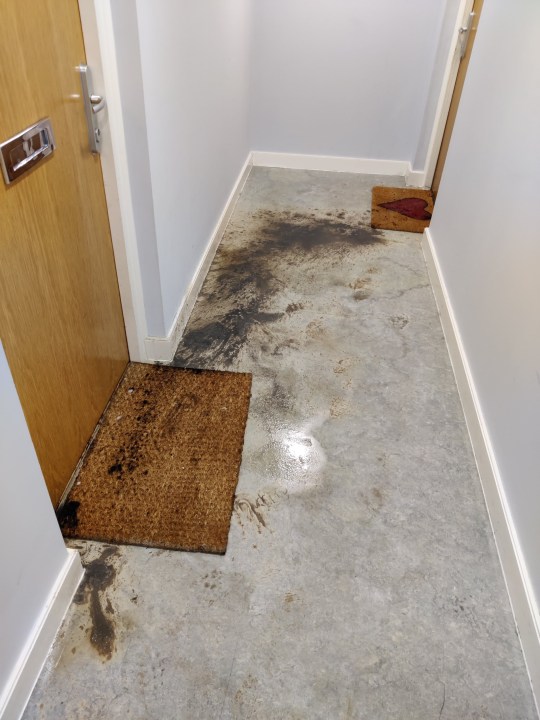 Burn marks appeared to be left by acid could be seen on the floor outside the apartment (Picture: SWNS) 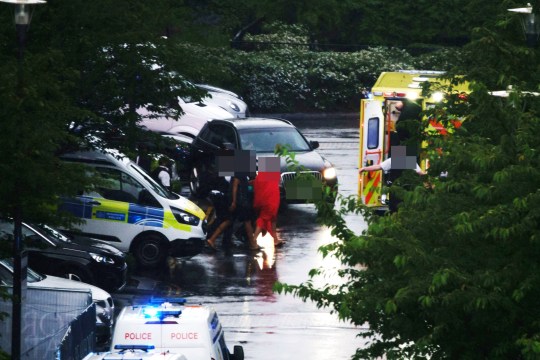 No arrests have yet been made over the incident (Picture: Alamy Live) 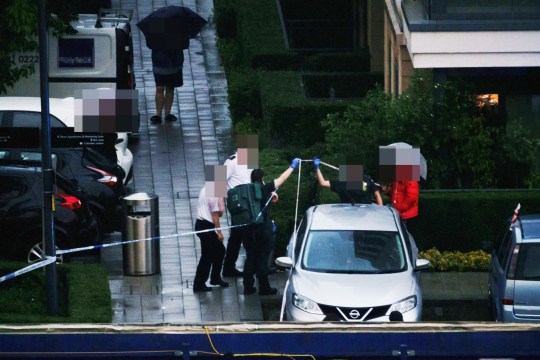 This morning, the floor outside two of the flats appeared to still have burn marks left by the acid.

One nearby resident, Salwa Amrane, 30, described the aftermath of the attack as emergency services rushed to the block.

She said: ‘I saw plenty of ambulances, not one or two, but three.

Eyewitnesses took to social media to share what they saw following the incident.

One wrote: ‘I saw a little girl come out in PJs, no shoes, with a lady. Both were taken in an ambulance. 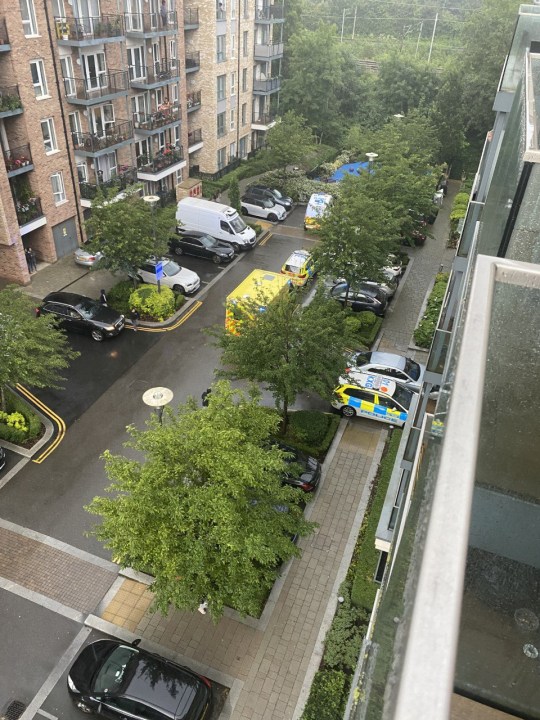 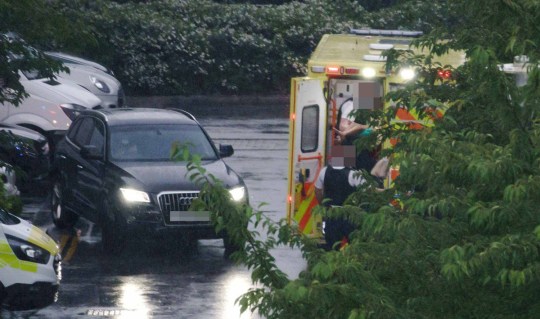 All three victims have since been discharged from hospital (Picture: Alamy Live News) 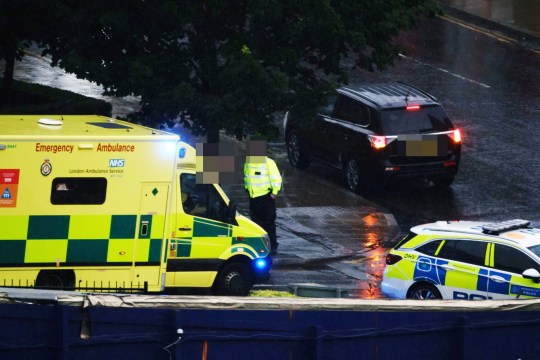 ‘I’m sure it was an acid attack as police were running in with water bottles.’

Another resident wrote: ‘All I saw was a child being rushed out.’

Emergency services are no longer at the scene today but a sign has been attached to the door of the block, reading: ‘Caution, wet floor acid spillage. Please deep clean.’

Detective Sergeant Ewa Czura appealed for people to come forward, adding: ‘It is vital that we identify the suspect responsible for this attack and we need the public’s help.

‘If you were in the area and witnessed the incident or have any information that could assist, I urge you to come forward and speak to police.

‘The information you have might be essential to our investigation and help to bring justice to the victims and their family.’