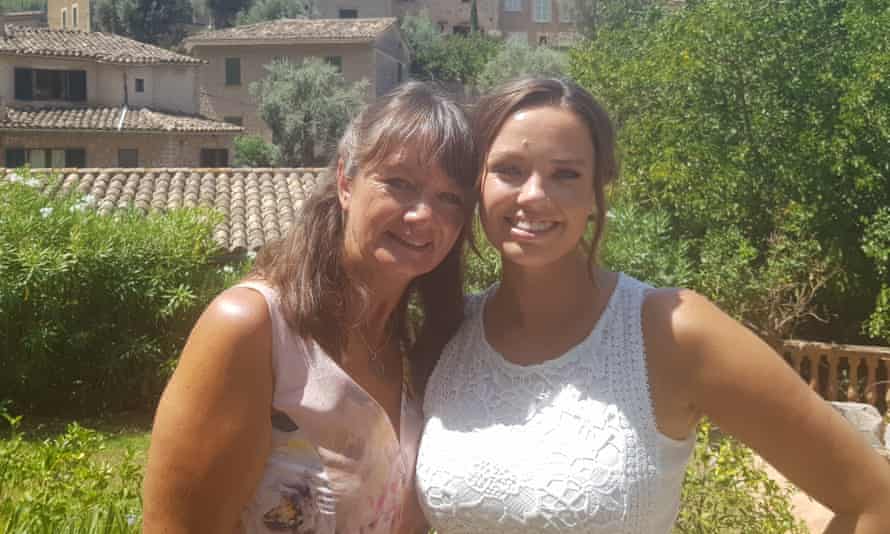 Holidaymakers and Balearic Islands residents have criticised the government for its U-turn on the region after it was moved from the UK’s green list of quarantine-free destinations to amber.

British residents of the islands said the last-minute changes – which were announced on Wednesday and come into force at 4am on Monday – are “enormously unfair” because vaccinated UK holidaymakers won’t have to quarantine on the islands, but for islanders travelling to the UK, quarantine is still necessary. British holidaymakers criticised the government for “chopping and changing” and throwing their plans into disarray.

Janet Florey, 65, a British teacher living in Mallorca, told of her family’s frustration and despair after her daughter Becky’s wedding in London – her fifth attempt to have a celebration since the onset of the pandemic – was significantly affected by the region’s new amber status.

“We thought OK, by July 2021 hopefully we should be able to have a wedding celebration, a blessing, and it’s the first time that Becky will be able to wear her wedding dress which she’s had now for two years.”

But now none of the couple’s family and friends – including the parents of the groom, David – will be able to come to the wedding, which will be held at a venue on the Thames. Despite all but one being double vaccinated, the guests don’t have anywhere to quarantine and can’t take additional time off work.

Florey added, through tears, that David’s parents had been shielding for 18 months because his mother had cancer. “They were taking the risk of going to London to join in the wedding and were not aware yesterday of what had happened,” she said.

The British government should have the same rule for everybody who is double vaccinated with UK-approved vaccines, she said. 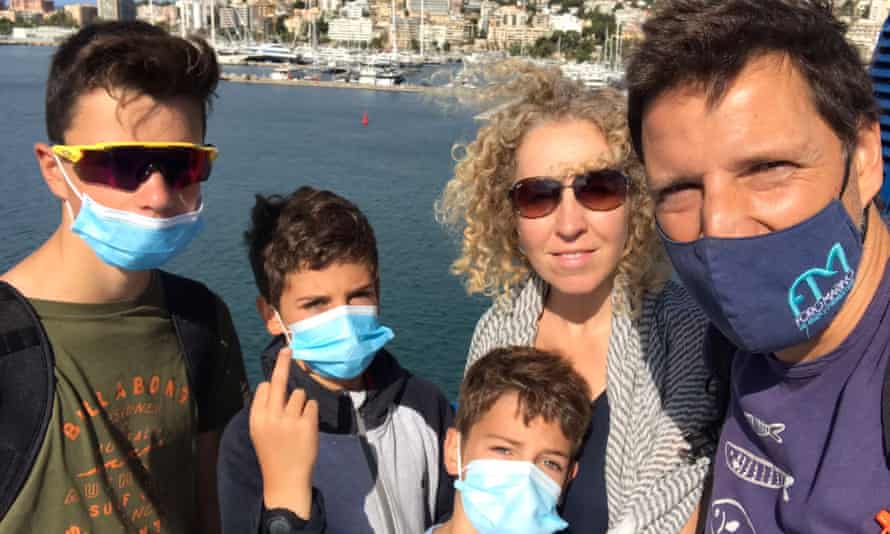 Sarah Oppenheimer, 48, an environmentalist from north London who also lives in Mallorca, said she had planned to visit family and friends in August, but she would not be going if she has to quarantine.

“The thing that hurts most and infuriates us all most is that we’re all fully vaccinated, but this new rule that if you’re vaccinated you don’t have to quarantine if you’re a British resident doesn’t apply to us, and that seems enormously unfair because we are also vaccinated, we are also British nationals, and yet why is our vaccine not recognised?

“It’s a complete failure on the part of the government to negotiate the mutual recognition of vaccines and it seems a pathetic [case of] playing politics after Brexit rather than a pragmatic approach.” 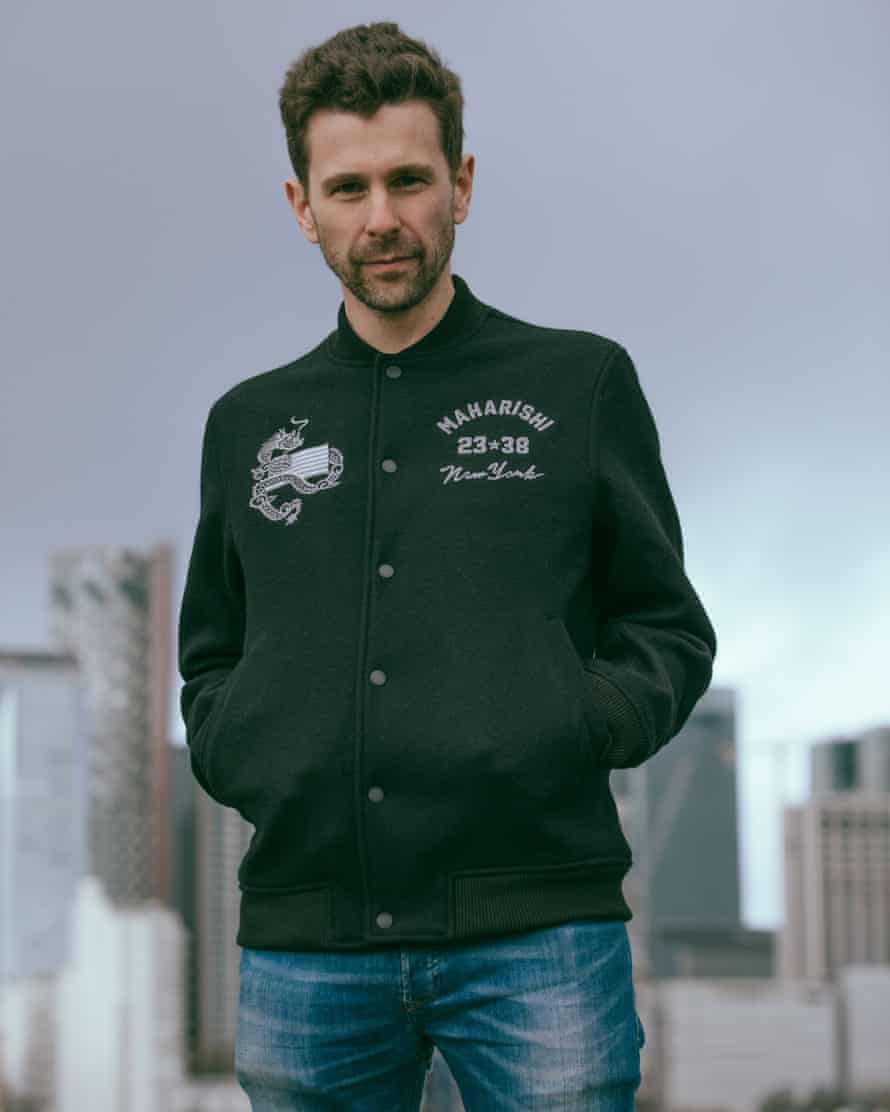 Before the announcement, Adam Jacobs, 41, a content creator from Isleworth, booked a surprise 40th birthday trip to Ibiza for his wife in August, but now, he says, he’s “in limbo”.

“At the moment I haven’t cancelled, but I’m just thinking: ‘Do I just wait and maybe it will change back to green? Or do I cancel now and have to tell her.’ It’s just kind of thrown the plans into disarray.”

He had a similar experience when he booked flights to Portugal before it was switched from green to amber last month. They ended up not going because it felt too risky.

“So this has kind of happened twice now and it’s just getting really frustrating, this chopping and changing … the government might as well not have done it in the first place because people are just going and spending this money, thinking they’re going to get abroad for the summer, and actually now they’re having to bump flights or cancel.” 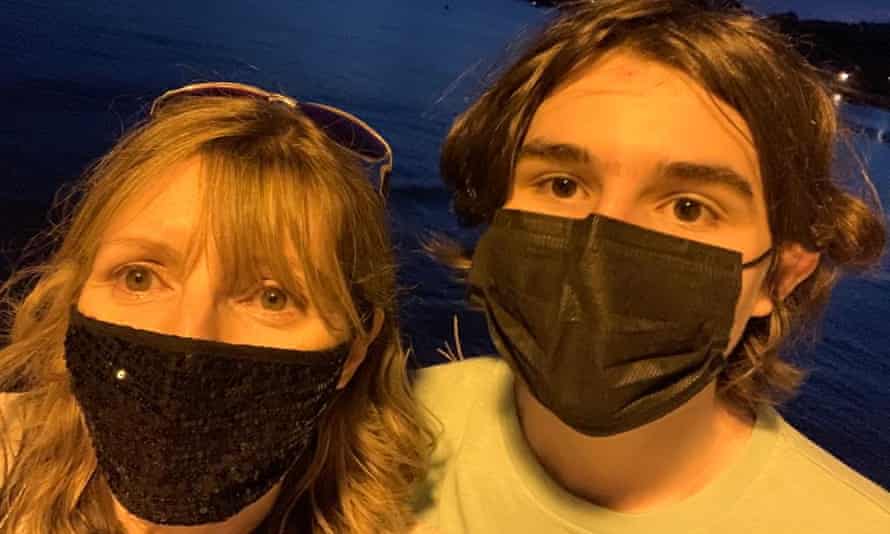 Miranda Shaw and her son are travelling to the UK from Dubai via Mallorca. Photograph: Miranda Shaw/Guardian Community

Miranda Shaw, 53, a Briton who lives in Dubai, had flown to Mallorca with her 15-year-old son to enter the UK for her daughter’s graduation ceremony.

“I am just heartbroken. Planning my trip from Dubai via Mallorca has been a military operation. All I wanted to do was attend my daughter’s graduation on 23 July. After all her hard work, I wanted her to see the pride and love in my face in real time.

“I followed everything to the letter, and was hoping it would work out as Mallorca only went green two weeks ago. They indicated it could change at short notice, but with England opening up fully on 19 July I thought we’d be fine.”

She added: “It’s been an awful year. My father died in December, and I wasn’t able to attend the funeral. I am usually so optimistic but it’s hard to stay that way when you are consistently blocked at every turn.”

Shaw says many other expats are in a similar situation.

“I’m double vaccinated, but with Sinopharm, which is the main vaccine in Dubai but is not recognised in the UK. Now we are stuck in this very beautiful waiting room, and there are thousands of us, waiting to get to friends and family.”