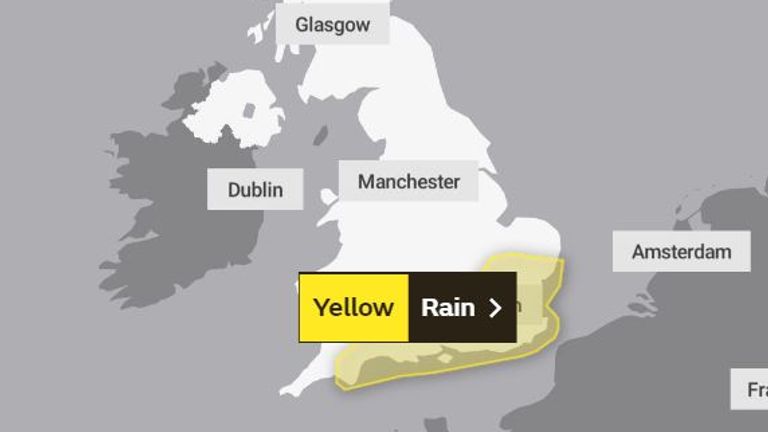 Euston Station, one of the city’s largest transport hubs, was closed after the intense downpours on Monday evening.

Heavy rainfall forced Chalk Farm and Hampstead tube stations in the north of the city and Wimbledon in the south, to close.

A Network Rail spokesperson said: “The line between Watford Junction and Euston has been closed and engineers are on site inspecting the track as the water recedes. As soon as it is safe to do so, we will have trains on the move again.

“We would advise anyone travelling this evening to check with their train operator or the National Rail Enquiries website for the latest information.”

The flooding problems appear to be concentrated in south west and north west London, including boroughs such as Richmond and Kingston.

A Twitter user posted video of water pouring in down the stairs at Sloane Square tube station, while pictures have also emerged of people swimming in ponds created by the thunderstorms on Primrose Hill.

London Fire Brigade said it had taken more than 1,000 calls related to flooding.

A spokesperson for the service said: “We’re asking people not to walk through or drive through the flood water. Flood water can be contaminated and vehicles can become unstable.

Cars were also filmed struggling to make their way through streets that appear to have turned into rivers after several inches of rainwater. @CaptTamagochi, from the same area, warned anyone out driving to “beware”, while @lunanana___ posted video of similar levels of flooding in South Hampstead, adding they had “never seen anything like this”.

The Met Office has issued a yellow weather warning for rain for a large part of southern England.

The affected area stretches from Devon in the west, all along the south coast as far as East Anglia and as far north as Cambridgeshire and almost to Bristol.

Flood alerts are in place for four areas, including Beverley Brook in the south London borough of Merton, Sutton, Kingston upon Thames, Richmond upon Thames and Wandsworth. 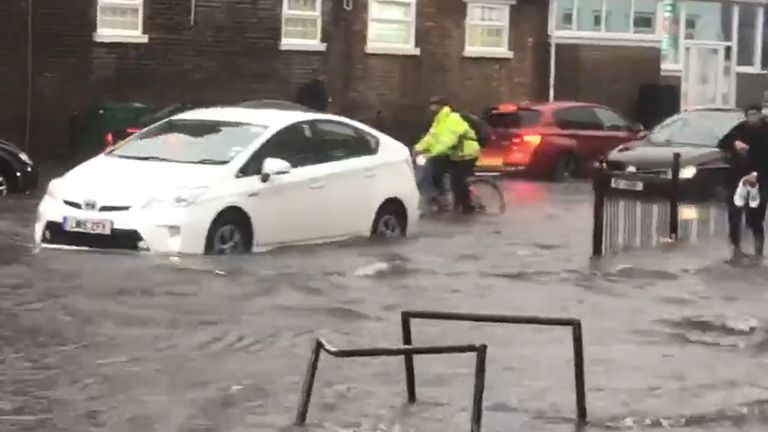 Alerts, which mean flooding is possible, have also been issued for the Lower Lee tributaries, the River Hamble and the Upper River Loddon.