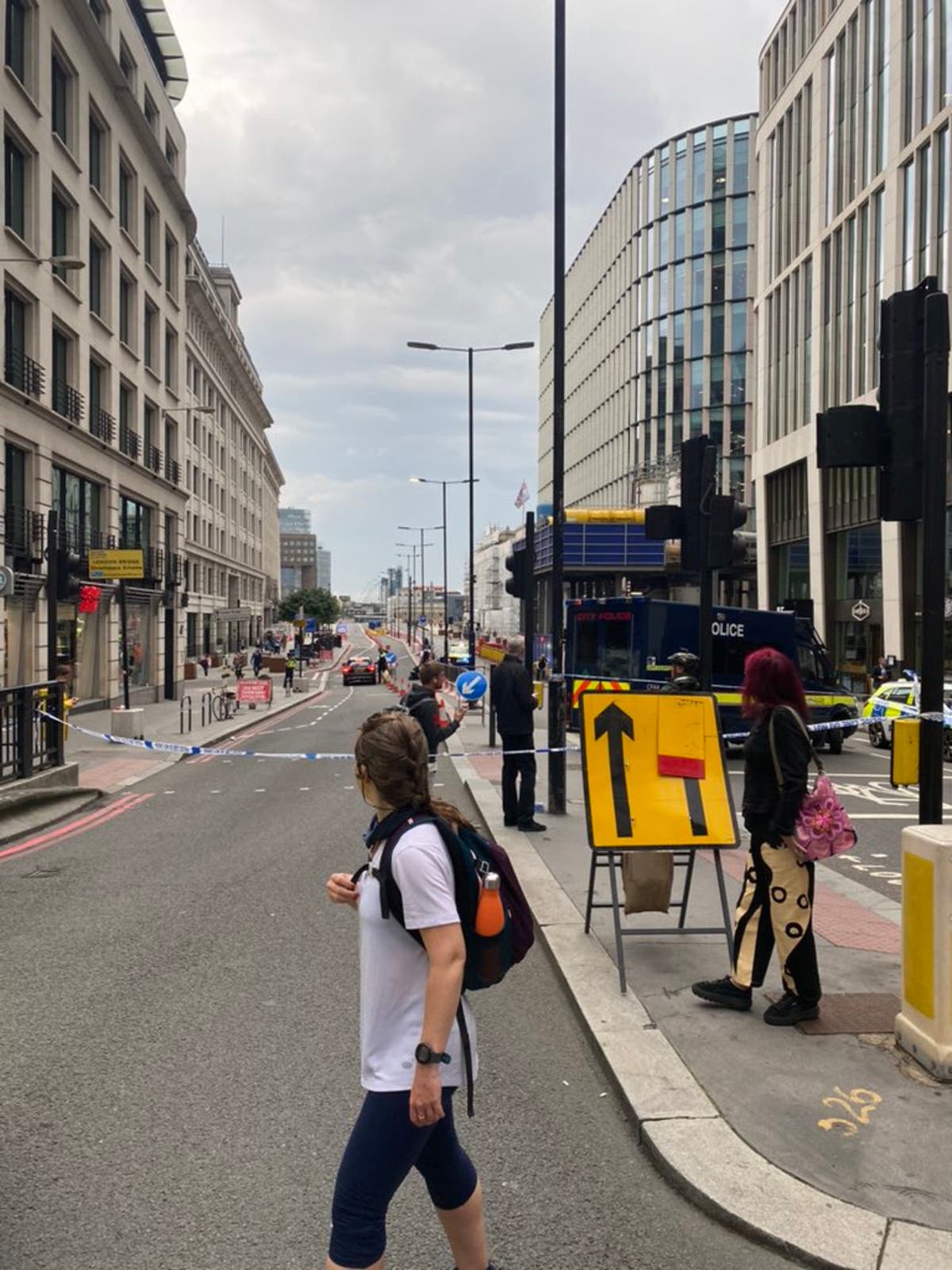 Police cordoned off the area as thousands of Londoners left work while officers investigated a building site in south London.

People were warned to avoid the scene at St Guy’s Campus in the courtyard of Guy’s Hospital.

Roads were shut off and traffic was diverted away from the zone after reports of a suspicious package.

Met Police confirmed officers were called to the scene at 4.45pm.

A spokesperson said: “Officers were called to an unexploded WWII ordnance at a building site.

“A safety cordon has been established. Traffic is being diverted and roads closed. Please avoid the area. Experts are on the scene.”

Michael Brown, who spotted the commotion on his way home from work, said he was told by an officer they were investigating a suspicious package.

He said: “I arrived about 5.50pm and the bridge was already closed with big police presence around.

“I spoke to officer who said there was a suspicious package on the south side, which necessitated closure of the bridge and London Bridge station.

“At that point I decided to walk to Waterloo to get home, but on way there saw convoy of five or six ambulances heading down Cannon Street towards the bridge.”

Another person tweeted: “Not sure what’s happening, but police said ‘get back in the building and stay away from the windows dealing with an incident in the station.”

Members of the London Ambulance Service were also called to the incident and have since been stood down.

A spokesperson said: “We were called at 5.34pm on July 12 to reports of an incident on Great Maze Pond, SE1.

“We sent members of our hazardous area response team, an incident response officer, and a clinical team leader.

“However, we did not treat anyone or take anyone to hospital and have now been stood down.”